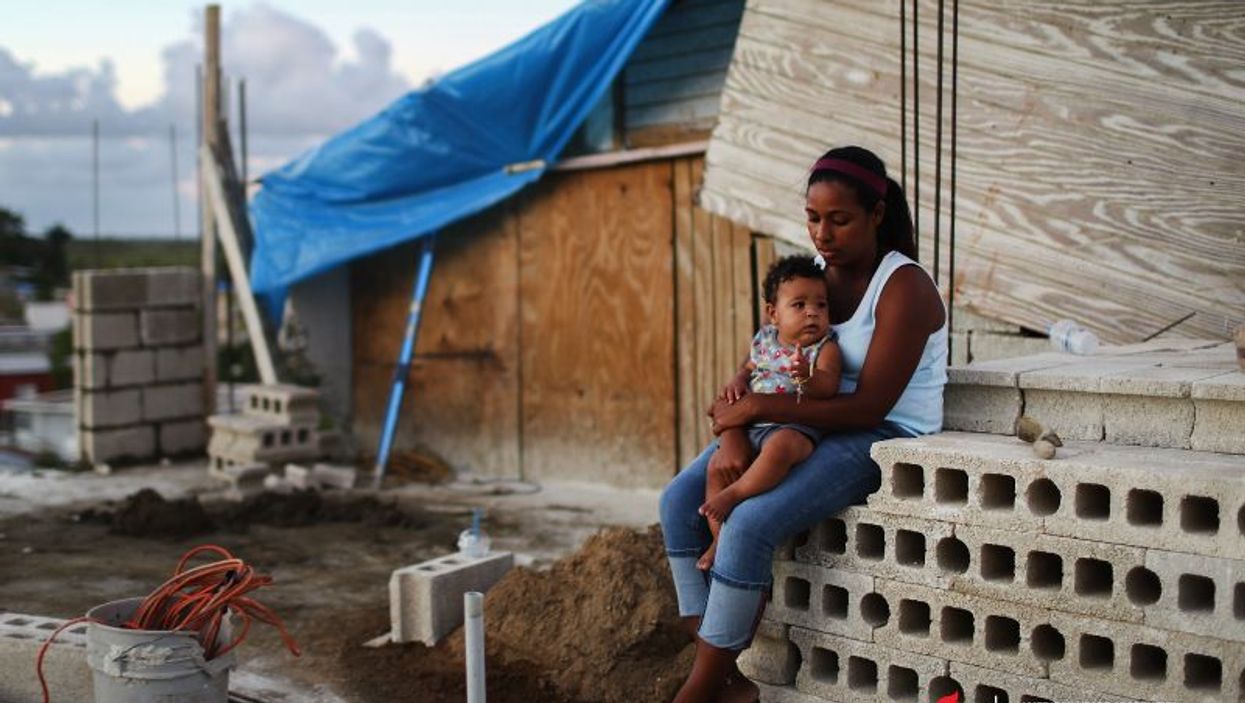 THURSDAY, May 31, 2018 (American Heart Association) -- Hospitals and clinics in Puerto Rico are still dealing with the massive destruction Hurricane Maria left throughout the island last year.

Yet even as the recovery continues -- and as Puerto Ricans look ahead to the next hurricane season beginning Friday -- physicians also are worrying about Maria's long-term health implications for the U.S. territory's 3.3 million people.

The risk of heart disease, stroke and other health problems could worsen because of the magnitude of the storm, adding to longstanding health concerns in Puerto Rico. The current struggles are wide-ranging, starting with the difficulty of everyday life as relief efforts continue, health experts say.

"The priority is to survive," said Dr. Angel M. Dávila, medical director of the emergency department at Hospital HIMA San Pablo Cupey in San Juan. "What they care about is that they don't have power, that they can't do things. Many don't even have access to water."

Low-income and elderly people in rural areas where the storm caused some of the heaviest damage are the most vulnerable, health professionals say.

Three days after the storm slammed into the island on Sept. 20, 2017, and destroyed hospitals, clinics and pharmacies, the Federal Management Agency said more than 70 percent of the island's municipalities qualified for disaster funding. Many hospitals and clinics have reopened since the storm, but some for only a few hours a day, according to reports.

Dr. Juan C. Sotomonte, a cardiac electrophysiologist in San Juan, said he worries most about patients from hard-hit areas who suffer from chronic conditions such as high blood pressure and diabetes. Both are significant risk factors for heart disease and stroke, the two leading causes of death in the world.

"Primary care, from a cardiac standpoint, determines the necessity for higher-level care," said Sotomonte, medical director of the Cardiovascular Care Center of Puerto Rico and the Caribbean. "We don't want to have any of those patients readmitted constantly for heart failure or any of the other conditions."

Diet is another area of concern.

Fresh fruits and vegetables are hard to come by in some rural areas. The storm wiped out plantains, bananas, corn and other crops. Even after grocery stores reopened, many people couldn't get to them because they lacked transportation or roads were blocked by debris.

Carmen M. Vélez, a public health researcher at the University of Puerto Rico, said she's traveled around the island for a research project and interviewed people who knew "they weren't feeding themselves appropriately but, you know, you gotta eat."

She worried that prolonged consumption of processed foods provided through relief efforts, without other healthy foods, could contribute to high blood pressure, diabetes and high cholesterol.

These factors feed into some troubling health statistics in Puerto Rico that were apparent even before the storm.

Diabetes and obesity, for instance, are more prevalent in Puerto Rico than among some mainland states, according to data from the U.S. Centers for Disease Control and Prevention. In addition, the island has one of the highest high blood pressure-related death rates among adults over 35, CDC statistics show.

A report from the territory's health department shows almost 50 percent of adults between 50 and 64 have high blood pressure. More than a third have diabetes and about 42 percent have cholesterol problems, the report found.

In addition, access to quality health care has been hindered for years because many primary care doctors and specialists have moved to the U.S. mainland because they can make more money there, according to a recent report from the American Heart Association.

Between 2014 and 2016, more than 1,400 doctors canceled the medical licenses issued in Puerto Rico, according to the report.

It may take months or years before researchers and doctors know how Maria truly impacted the cardiovascular health of Puerto Ricans.

Officials have struggled to determine the number of deaths linked to Maria. The government has said 64 people died, but researchers in a new analysis published Tuesday in the New England Journal of Medicine estimate the number could exceed 4,000. Up to one-third of the deaths in the three months after the storm may be linked to delayed or unavailable medical care, the new study found.

Dávila, who delivered medicine and supplies to people after the storm, suspects he will see many more patients with diabetes.

And with Friday's official arrival of hurricane season, Dávila wonders whether Puerto Ricans will be better prepared.

"We need to prepare for a prolonged period of time," Vélez added.

Sotomonte urged Puerto Ricans who suffer from health conditions to make a checklist of medications they need and ask their doctors for prescription refills for at least 30 days.

Doctors should work with community leaders to coordinate medical care in the event of a crisis as well, he said.

"Just be prepared," Sotomonte said. "Don't leave anything to luck."