AHA: Infection as a Baby Led to Heart Valve Surgery for Teen 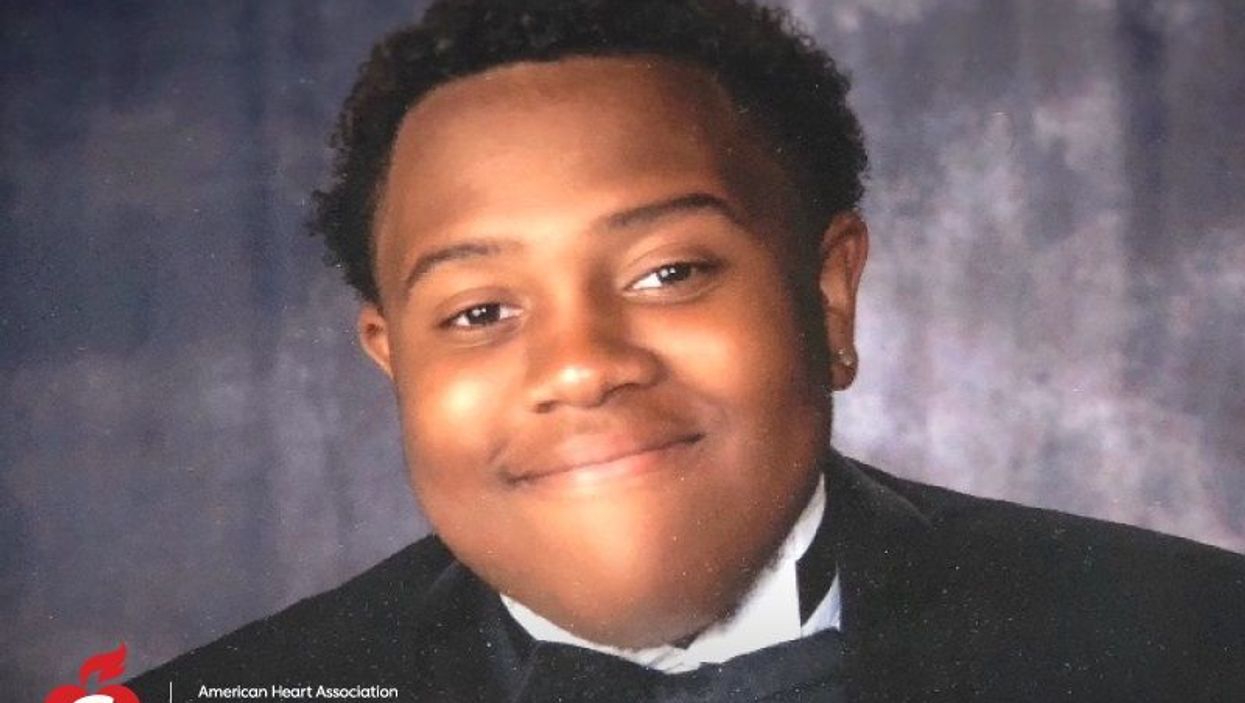 WEDNESDAY, Jan. 16, 2019 (American Heart Association) -- In middle school, Prince Pratt used to get short of breath walking between classes, walking up the stairs or when exercising. And he was gaining weight.

His father, Reggie, simply thought his son was lazy.

So, Reggie began including Prince in his workouts. They ran trails behind their house in Olney, Maryland, which is part of the greater Washington, D.C., area. They also did other cardio exercises like jumping rope.

"Prince got tired, complained a lot and coughed," Reggie said. "I was like, 'C'mon, you can do more.'"

One day, Prince had trouble breathing after playing basketball. His mother, Christiana, took him to a nearby hospital, where he was diagnosed with pneumonia. Then his lungs collapsed.

A helicopter rushed Prince to Georgetown University Hospital in Washington, D.C. After extensive testing, doctors discovered the cause of it all -- not just the immediate problems, but his years of breathing woes and weight gain. The diagnosis was a heart condition called mitral valve stenosis.

That condition occurs when the mitral valve -- one of four valves in the heart -- narrows and restricts blood flow through the heart or into an artery. It can cause shortness of breath, fluid buildup in the lungs and even cardiac arrest.

"That's the first time we heard of it," Reggie said. He and Christiana were puzzled because neither of their families had a history of heart disease.

Doctors think Prince, as a baby, had an undiagnosed and untreated strep throat infection, which caused his heart condition over time.

Strep infection is common in children, with several million cases a year. It's easily treated with antibiotics. But if left undiagnosed, strep can cause rheumatic fever, which can permanently damage heart valves. That's called rheumatic heart disease.

A cardiologist put Prince on antibiotics and monitored his heart. The Pratts were told that Prince's heart valve may need to eventually be repaired or replaced.

That time came when Prince was 16. He had started to tire more easily, and his breathing worsened. His cardiologist feared that without intervention the teen could suffer heart failure.

In December 2016, Prince underwent surgery. Doctors planned to repair the mitral valve, but they ended up replacing it with a mechanical one.

"Prince was so worried going into the surgery. It was a very emotional time for him," Reggie said. "Things really changed when he realized he was going to be OK."

Still, Prince's recovery was difficult: He had to learn how to walk and breathe in a new way to open his lungs more.

Within a few months, Prince was cleared to do cardio exercise again. Within a year, he lost about 30 pounds, mainly from working out with his father.

Prince feels like his surgery has given him a second chance at life.

"Back in 2016, I wasn't thinking about college. I was thinking, 'Is my life really over?'" Prince said. "Having everything taken away from you, you feel like you're helpless. Getting everything back, I felt like I couldn't take things for granted."

Now 18, Prince is a freshman at Towson University outside Baltimore, studying mass communications and advertising. Living in a dorm, he's focused on being independent and following a healthy lifestyle.

For the rest of his life, Prince must take daily doses of aspirin, penicillin and an anticoagulant to stop his blood from clotting on the valve. He regularly tests his blood at home and transmits it to his doctor via a mobile app.

"Living at home, my parents did an amazing job of helping me eat right and exercise," Prince said. "Now, it's a bit of a struggle, but I'm trying."

He still can't participate in contact sports due to a risk of damaging the valve or causing internal bleeding, but he does plenty of other activities. He goes to the gym and sometimes his father will drive the 90 minutes from home to work out with him.

Father and son also are committed to educating others about rheumatic heart disease.

"What happened to me could happen to anyone," Prince said. "When your kid is in that infant stage, you don't know exactly what type of pain they're going through. If your child is sick, always check in with a doctor to make sure it's not something serious."