AHA News: A Clean Bill of Health at Birth, His Heart Failed at 2 Months 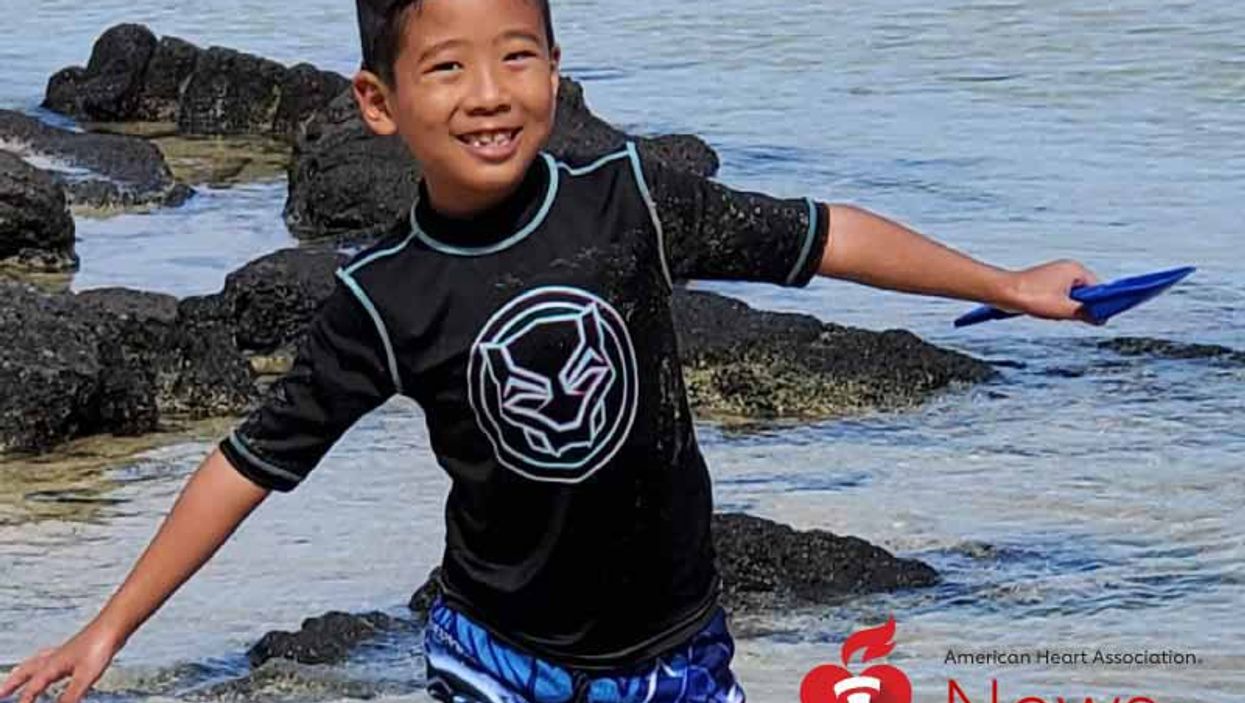 TUESDAY, Sept. 8, 2020 (American Heart Association News) -- Like many first-time moms, Stephanie Tawata was anxiously navigating the ups and downs of a newborn.

She was grateful that her son, Jase, slept a lot, but he was tiny and slow to gain weight. At times, he seemed to breathe rapidly. Jase was born a month premature, but doctors had given him a clean bill of health, so she tried not to worry.

But at Jase's 2-month well-baby checkup, his pediatrician heard a whooshing sound in the boy's heart and noticed a weak pulse. The doctor recommended seeing a cardiologist. A few days later, the family flew from their home in Hilo, Hawaii, to a children's hospital in Honolulu, where testing revealed Jase was experiencing heart failure and needed to be in intensive care.

"We just thought we were going in for a consultation and didn't even pack any bags," Stephanie said.

The Tawatas learned Jase was born with two heart defects.

He had a hole between the lower chambers of his heart, called a ventricular septal defect. This allowed blood to travel between the chambers and into the lung arteries, making the heart and lungs work harder and causing the lungs to become congested. He also had a narrowing in his aorta that was blocking blood flow to his body, called coarctation of the aorta with aortic arch hypoplasia.

The only way to repair both was through open-heart surgery.

After a week in Honolulu, Jase was transferred to Rady Children's Hospital in San Diego because his condition was too serious to wait for the medical team's regular visit to the island.

"It was such a frightening time because everything was happening so fast and they had told us he was OK when he was born," Stephanie said. "We didn't have background in heart issues, so it was hard to take in."

On Oct. 12, 2013, with Jase only 10 weeks old, doctors patched the hole between the lower chambers of his heart and removed the narrow section of his aorta and reattached it.

Recovery was slowed by breathing problems. Four weeks later, he underwent another operation, this time on his right diaphragm.

While the experiences were grueling for baby Jase, they also were a challenge for his family, including Stephanie's mom, Diane Kubo, who traveled with them to San Diego.

"There were all these machines connected to his tiny body," Kubo said. "You just feel so helpless."

She said the experience gave her a new appreciation for heart health at every age.

"I always thought about heart problems as an adult thing, but once I was at Rady, I realized there were so many other kids with heart issues," she said. "It was so great to learn that people can survive and overcome many of these conditions now. It was a miracle Jase didn't die."

The family leaned on family and friends and their church community for support. To help with growing medical bills, staff at the school where Stephanie teaches created a cookbook to sell as a fundraiser.

After two months at Rady, Jase returned home. Recovery was slow and included many flights to Honolulu for visits with his cardiologist. Now 7, he has yet to have any complications.

Doctors told the Tawatas that Jase may one day require additional surgery if his aorta narrows again. But he's trending in the right direction: He was recently cleared to see the cardiologist once every two years instead of annually.

Congenital heart defects affect nearly 1% of U.S. births each year, and of those about 1 in 4 are considered critical defects that require surgery within the first year of life. Advances in medical technology have enabled doctors to better detect heart defects, and medical and surgical treatments have helped more heart defect survivors live longer.

Today, Jase loves to swim and play with friends. He knows he had heart surgery, and wants others to know his heart is special, Stephanie said.

He's also participated in the American Heart Association's Kids Heart Challenge at his elementary school in Hilo. He's become a local ambassador for the AHA, helping raise awareness about the importance of heart health and research to develop treatments and medical technology to help other heart patients.

"Just by being able to talk to someone else who could relate to my situation helped so much," she said. "I'm hoping to one day be that support for other families."