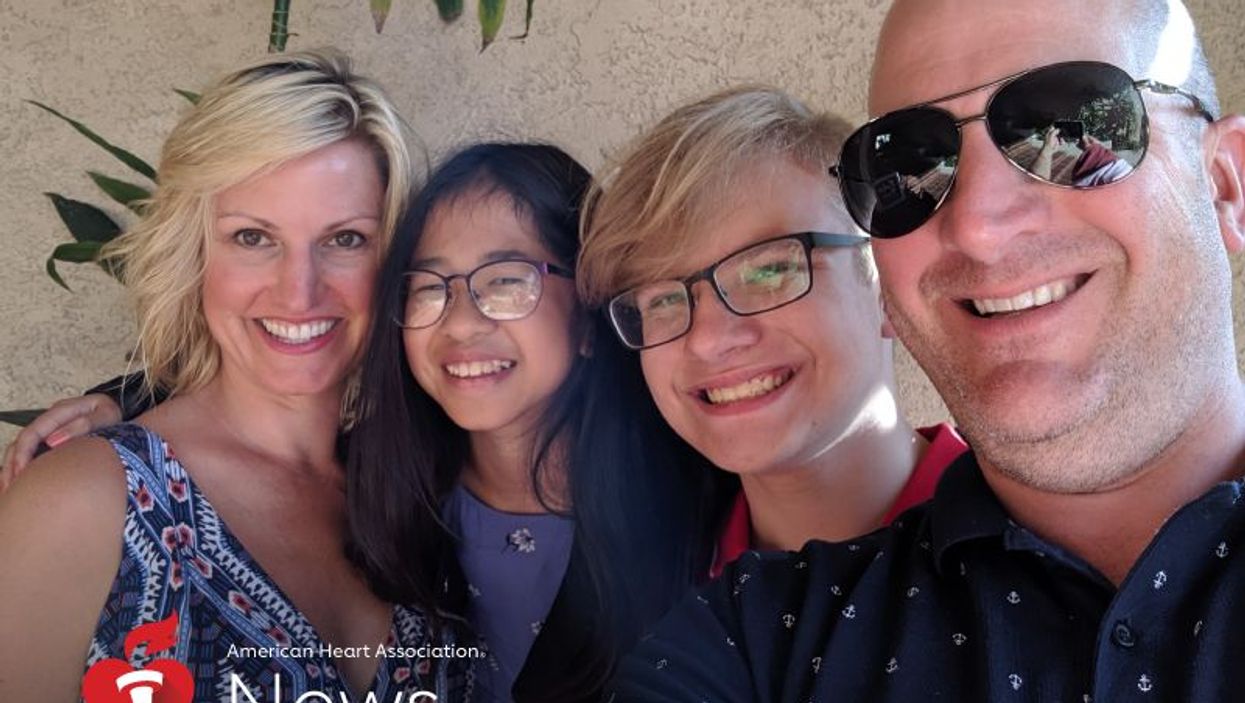 The Zoog family, in a photo they provided. From left: Vanessa, Lottie, Noah and Chris
HealthDay News

FRIDAY, Sept. 20, 2019 (American Heart Association News) -- When their hopes of adopting a child from China were stretched thin by years of wait, Vanessa and Chris Zoog asked for a baby with a physical issue – one who could use an extra dollop of love. Doing so, they learned, would expedite the adoption process.

The New Jersey family, which includes their son Noah, talked about what sort of issue they could handle. A cleft palate? Sure. An oversized birthmark? Of course. A malformed leg or misshapen arm? Certainly.

But one health issue scared them more than any other: A heart problem.

"My husband and I didn't want to deal with something that wasn't visible, a vital organ we wouldn't be able to see to know what was going on," Vanessa said. "We were really scared. We didn't discuss it; (we) just decided it wasn't an option."

In July 2010, they adopted Lottie, a baby girl with a deformed foot. But within a year, they learned Lottie had a more serious problem.

First, she developed a 105-degree fever and was diagnosed with pneumonia. Antibiotics weren't helping. Doctors ran more tests on the little girl who weighed only 14 pounds.

Lottie had a hole in her heart.

"I was immediately filled with a sense of dread," Chris said.

But soon, confidence in Lottie's medical team gave him and Vanessa a sense of calm and trust for Lottie's open-heart surgery.

Then, a few days before the surgery on Sept. 20, 2011, Noah celebrated his seventh birthday with a party at The Franklin Institute, a science museum in Philadelphia. An exhibit that day was all about the human heart and included a video of open-heart surgery.

"One of my girlfriends was with me," Vanessa said. "She asked me if I was OK. Actually, I was. I took it as a sign that everything will be OK."

And basically, it has been.

Increased blood flow to Lottie's brain after the surgery has caused migraines, but she takes them in stride. The same goes for the partial amputation of her foot three years ago. Now, she uses a prosthetic device. At a recent appointment, her cardiologist said she's doing great.

Lottie's scar is shaped like an exclamation point. It's fitting for this enthusiastic girl who loves cheerleading, running, her friends and family, and life.

"She goes through life with this amazing joy that has made me reevaluate the way I look at things," Vanessa said.

Chris is especially proud of his daughter's patience when other kids ask about her foot, her scar or her prosthetics – the one she wears most of the time, and the other she uses when running.

"She's a tenacious little girl with all the confidence in the world," he said. "The experience brought our family closer together for sure, and as scary as the whole process was, it taught us not to take life, or each other, for granted."

It's taught them the importance of sharing their story, too.

Recently, Vanessa and Lottie spoke at the American Heart Association's Garden State Go Red for Heart Luncheon. Vanessa, a clinical social worker and therapist, sent the video to one of her clients who was undergoing heart surgery. He later told her he watched it 15 times while in recovery.

"I've told other clients that not everything works out how we've expected," Vanessa said, "but sometimes that makes everything better. You have to take what life gives you."

Routine Use of Antibiotics After Sinus Surgery Questioned

If a Nursing Home Resident Gets a COVID Shot, Can Their Families Visit Them Now?

How Divorce Harms Kids, and How to Lessen That Harm