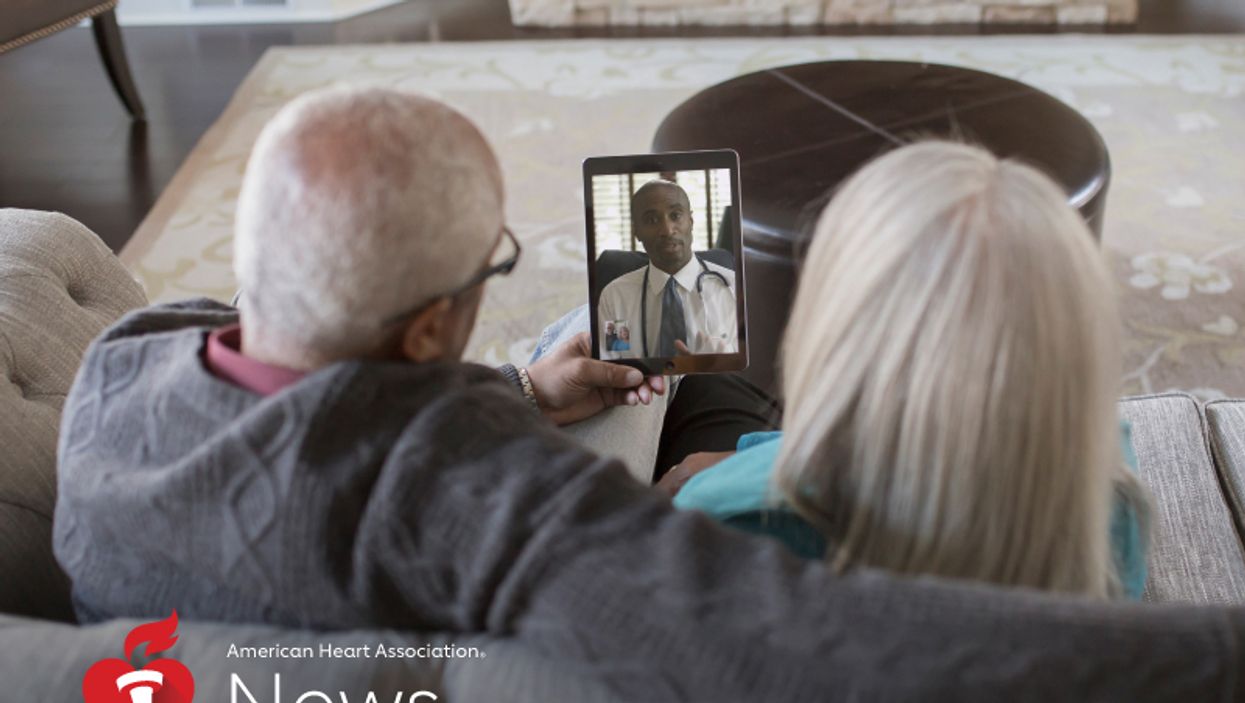 THURSDAY, July 30, 2020 (American Heart Association News) -- Follow-up visits for heart failure patients leaving the hospital can be done just as safely via telehealth as they can in person, according to a new study that also found making virtual visits an option doesn't prevent missed appointments.

"There are still a substantial number of people who don't show up," said Dr. W.H. Wilson Tang, research director for Heart Failure and Transplant at the Cleveland Clinic's Heart, Vascular and Thoracic Institute. He coauthored the study published Thursday in the American Heart Association journal Circulation: Heart Failure, with Dr. Eiran Gorodeski. They examined whether troubling no-show rates could be reduced by giving heart failure patients the option of meeting with a physician without having to come into the office.

Though it's unclear why, only 65% of patients who have been hospitalized for heart failure see a doctor within the first two weeks of hospital discharge, despite evidence that doing so has been associated with lower risk for readmission.

While the study did not show a statistically significant reduction in no-show rates, it did suggest virtual visits may be as safe as in-person visits – an important finding given the accelerated transition to telehealth caused by COVID-19, Tang said. The study found no significant difference in hospital readmission rates, emergency room visits or death between those who saw a physician in person and those who took part in virtual visits.

"This study allows us to feel reassured that deploying this technology is feasible and relatively safe, because we can demonstrate equivalency," he said. "Any form of patient-clinician interaction shortly after discharge, whether it's in person or virtual, is important."

When heart failure patients are discharged, doctors need to check in within the first couple of weeks to make sure the transition is a smooth one, Tang said.

"When they go home, they may change their diets or medications. They are not being monitored as closely as they are in the hospital," he said. "That seven-day visit may provide a decision-making process for the physician to decide if the patient needs closer or more distant follow-up care."

The downside of virtual visits is they don't allow for physical exams, which may be necessary for high-risk patients, such as those awaiting transplants, or new patients who need cardiovascular evaluations that include tests such as echocardiograms, said Dr. Anjali Owens, medical director of the Center for Inherited Cardiac Disease at Penn Medicine in Philadelphia.

"For routine heart failure patients coming out of the hospital, it may be safe to do a video visit," said Owens, who was not involved with the study. "For any group that needs a close physical exam, it might not be the best option."

Tang agreed that in-person visits are still important. Without the physical exam, doctors may miss physical evidence of abnormalities, such as an increase in blood pressure or heart rate. While these things can be monitored at home, not all patients do so accurately, he said.

"For example, I saw a patient in the clinic a few weeks ago who was complaining of being very tired and found him to be in complete heart block. I would not have been able to identify that through telehealth. There are reasons why in-person evaluations are important."

Owens said her practice sees patients in person who don't have access to high-speed internet or a video-capable device. For those with such devices who lack the tech savvy, staff members call or email patients to help them set up the video platform before the visit, but it takes a lot of time and resources, she said.

"It's clear because of the pandemic that telemedicine is here to stay," she said. "But making it work and having it be functional is key."