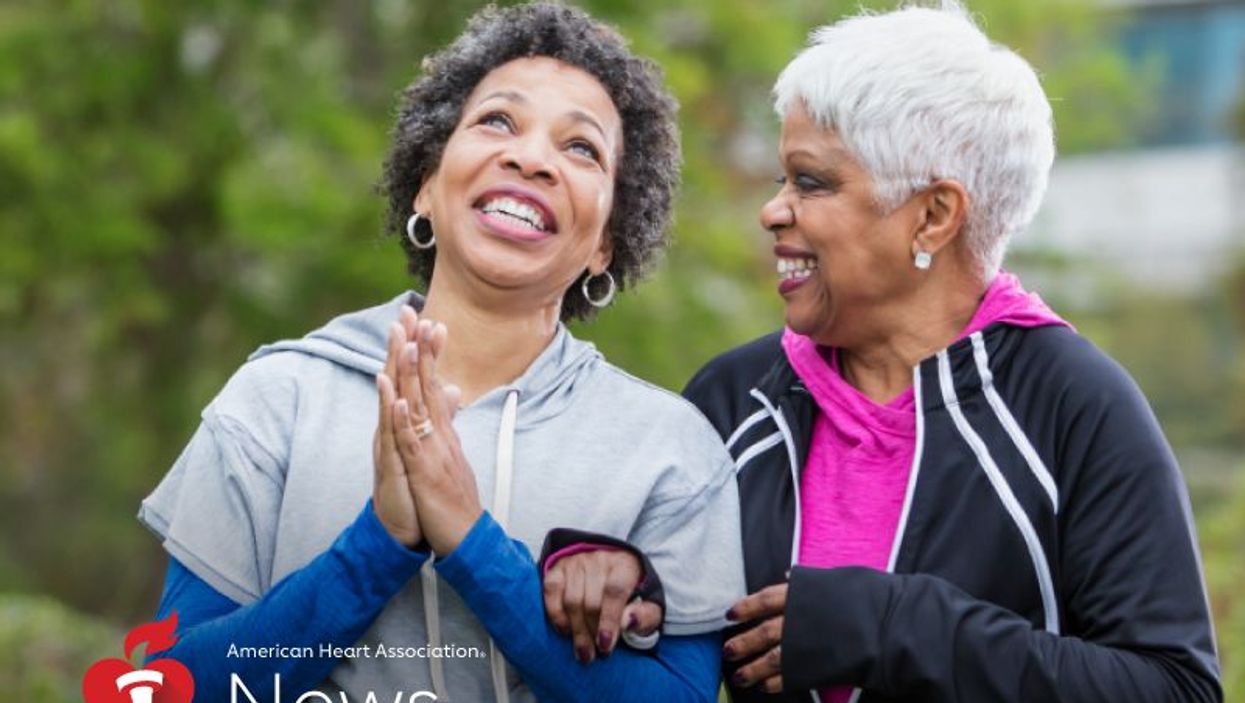 TUESDAY, Oct. 1, 2019 (American Heart Association News) -- Neighborhoods filled with trees, grass and other flora not only improve the air and clear the mind – they also can reduce heart disease risk, recent studies suggest.

Researchers say this may be more vital in low-income areas, whether that's an inner-city neighborhood swallowed up by concrete and metal or a suburb surrounded by driveways and blacktop playgrounds.

Green spaces often provide room for physical activity, an essential element for a heart-healthy lifestyle. But just living in a neighborhood dense with trees, bushes and other vegetation may reduce people's risk of having a heart attack, stroke and other cardiovascular events, according to a 2018 study published in the Journal of the American Heart Association. Those residents had lower stress levels and healthier blood vessel health – both reducing the risk for developing cardiovascular diseases.

Stress contributes to poor health habits, but it also is believed to trigger inflammation that may increase blood pressure and hormones that encourage fatty buildup along artery walls.

Green spaces also help ease the impact of climate change, said Balmes, a professor of environmental health at the University of California, Berkeley.

"Vegetation, and especially trees, are carbon sinks, so they take carbon dioxide out of the atmosphere. They also help deal with urban heat island effect, when it's actually hotter in one place than an adjacent park area with the same temperature because there's no shade," he said.

Green spaces soak up heat. In high-density urban areas, that can help reduce heat-related illnesses that place a strain on people with heart conditions, especially those who are elderly or can't afford air conditioning, Balmes said.

There's a racial and socioeconomic disparity when it comes to accessing green spaces, one that mirrors the discrepancies found among people with cardiovascular disease, said Rachel Banner, director of park access for the National Recreation and Park Association. Access to parks often is more difficult for low-income neighborhoods and communities of color.

"Or, they may have a park nearby, but the park may be an unsafe place or it may not be connected physically to that community – there may be fences blocking the entrances," she said.

Banner's organization is part of the "10-Minute Walk" campaign to ensure everyone has safe access to a quality park or green space close to home by 2050. That problem is not just an urban one, she said. Many suburban and rural communities across the country also lack green spaces.

Banner recounted visiting a small North Carolina town where kids at a summer camp were sent outside to play – and quickly returned.

"There was not a tree in sight. It was just a big blacktop. It was really hot and the kids overheated," she said.

Researchers continue to study the link between green space and heart health, and often the connection with an area's socioeconomic level.

In a related study published early this year, Brown and his colleagues found Medicare beneficiaries who lived in the greenest parts of Miami-Dade County were 25% less likely than those living in the least green neighborhoods to have had a heart attack over a two-year span.

In other ongoing research, Brown is evaluating tree-planting's impacts on cardiovascular health among low-income residents.

He said while evidence shows cardiovascular benefits from greenery seem to be especially greater for low-income residents, "the common thread here is that for everyone we've identified, green space is associated with better health outcomes."