See What HealthDay Can Do For You
Contact Us
July 8, 2020

AHA News: Why Stay in Touch While Keeping Distant? It's Only Human 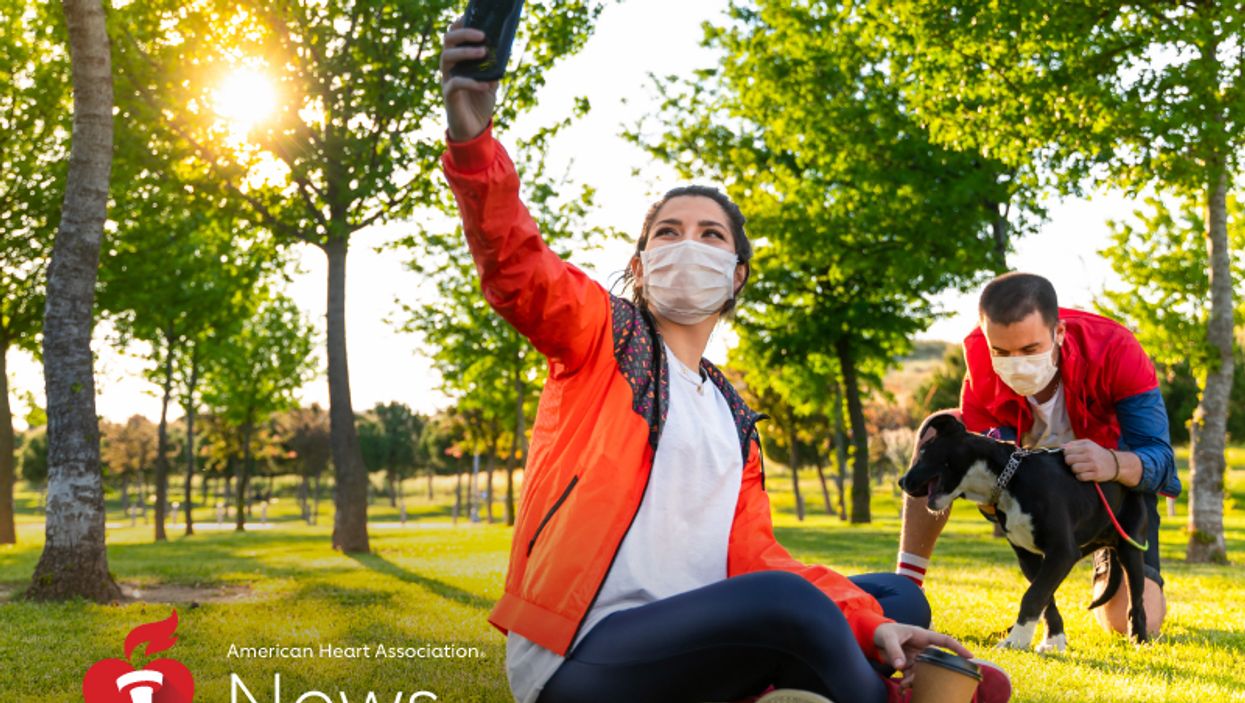 WEDNESDAY, July 8, 2020 (American Heart Association News) -- If you've been keeping a healthy distance from other people because of COVID-19, you probably feel smart. But if you're also feeling lonely and stressed, it doesn't mean anything is wrong. It could simply mean you're human.

The need to be around people is hard-wired into our brains, researchers say. We crave company in the same way we hunger for food or thirst for water. When that craving isn't satisfied, the long-term health consequences can be serious.

Luckily, the need for togetherness can be met even at a distance.

The idea that our brains drive us to be around one another has gained popularity in recent decades, said Louise Hawkley, senior research scientist at NORC at the University of Chicago.

We evolved to be around those we know and trust, she said. "Our security was in numbers. We had our safety by being around other people. We weren't particularly fast runners. We couldn't defy what nature threw at us just by speed. We had to be smart about it. Well, one of the smart things we did was we capitalized on each other's brains. We worked together."

As Lane Beckes, an associate professor in the department of psychology at Bradley University in Peoria, Illinois, put it: "We absolutely need other people."

Brain studies have shown how deeply this need is woven into our biology. A study in the journal Science found subjects who were excluded from a virtual ball-tossing game had more activity in the part of the brain that processes physical pain. Recently, researchers published preliminary findings on the preprint server bioRxiv that suggest loneliness triggers chemical responses in the brain similar to what's prompted by hunger.

Other research has shown serious long-term health consequences from chronic loneliness. "It turns out that being socially connected is associated with approximately a 50% reduction in the risk of early death," Beckes said. "In effect, it's similar to the reduction of risk that somebody with coronary heart disease has if they quit smoking."

A 2016 study in the journal Heart linked loneliness and social isolation to a 32% increased risk of having a stroke or developing coronary artery disease.

Beckes was part of research published in the International Journal of Psychophysiology that showed how people facing a threat have lower stress responses when they're physically touching their partners or close friends. But here's an important point for those of us sitting home during the pandemic – it's not the physical company of others that defines loneliness. What matters most is that you feel as if someone has your back.

"It's not being alone," Hawkley said. "It's feeling alone" – a mismatch between what you want and what you need.

Not everybody needs the same level of connectedness, she said. "And it's a good thing, because we need those brave souls who are willing to break away from the group and be the explorers, (who) break new ground, get out there and go where no one has gone before. But there's always got to be this backstop, this return to the safe base that even the explorers need."

That sense of having a base can come in many ways, even without face-to-face contact.

"A lot of people can even live alone and be perfectly fine in part because they do things like they talk to their friends on the phone, they have Zoom conversations, they feel like other people will come to their aid" if they need help, Beckes said.

But there are limits. There's a reason those Zoom conferences feel awkward. Stress, he said, arises when our brains don't know what's happening next. Usually, we're absorbing all sorts of cues from those around us to try to anticipate what's going to happen. The absence of those nonverbal signals makes online connections more stressful.

Which is why he recommends trying to arrange in-person social contact with physical distancing – perhaps a small gathering of friends outside at a park with space between people.

Just don't ignore safety to socialize. "The health effects of loneliness and social isolation probably pale in comparison to an acute outbreak of the COVID-19 virus," Beckes said.

"When they have a shared focus, players are thinking about something besides those missing cues," he said. "Anything that sort of reduces the awkwardness and stress of interacting with other people is going to be more rewarding and, ultimately, a better source of satisfying your social need."

Hawkley said taking initiative is key. A review she helped conduct about anti-loneliness techniques that was published in the journal Personality and Social Psychology Review suggested the brains of lonely people get "hijacked" by negative thoughts.

She suggested making a list of people to connect with, perhaps a long-lost friend or a family member. But be deliberate about the decision.

"It may not be the be-all, end-all the first time around," she said. "But you have to find a way of feeding your social need bit by bit. And as you have successful experiences you gain more confidence. And you think, 'Yes, I can do this.'"