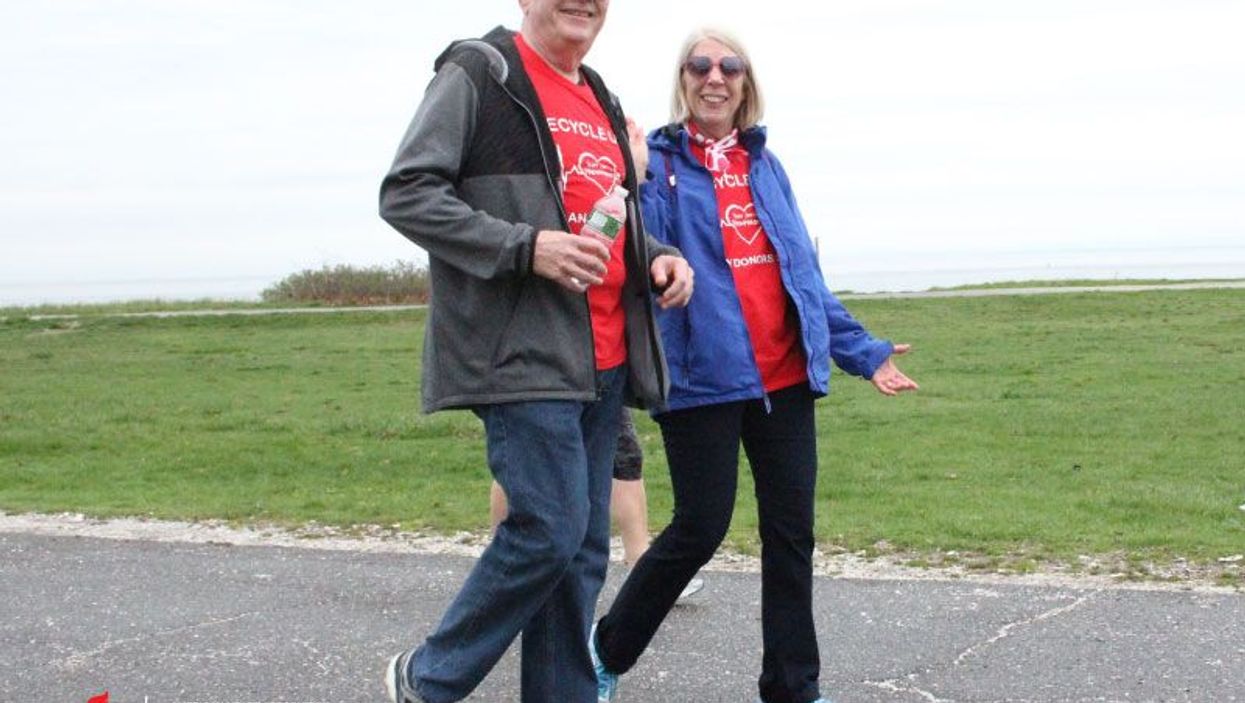 For each of them, becoming more active was a matter of life or death. McCann had a heart transplant. Rivera was diagnosed with a series of heart problems. Stewart went to the hospital with hypertension.

The trio has since taken all the right steps to improve their conditions and live happier, healthier lives.

Jerry McCann of Madison, Wisc., was put on a waiting list for a new heart nearly 20 years after quadruple bypass surgery at age 39. A heart attack nine years later, along with high blood pressure, ultimately led to heart failure. A surgically implanted left ventricular assist device, or LVAD, helped his heart pump blood through the body while he waited for a new heart.

Finally, McCann received a call in 2014 that would change his life: A donor heart was available. He successfully underwent a 10-hour heart transplant procedure at the University of Wisconsin Hospital.

McCann's wife, Margaret, said his cardiac rehabilitation was key to helping her husband get back on his feet. McCann, now 65, walks 30 minutes most days of the week and is eating healthier.

The couple participated in American Heart Association Heart Walks with their grown daughters in Orlando, Fla., and Seattle just a year after the transplant. That inspired a new goal: participating in Heart Walks in all 50 states.

They've made it to 16 states so far, and McCann walks in tribute to his anonymous donor. His message to others is to "enjoy every day. I'm just extremely grateful to have a second chance on life," he said.

Ray Rivera, 63, was already an avid walker when he was diagnosed with atrial fibrillation, an irregular heartbeat. A few months after the diagnosis, doctors discovered a leaky heart valve. Rivera had surgery in 2016 to replace his heart valve, ablation to correct the AFib, and bypass surgery to relieve two clogged arteries.

Six months after his heart procedure, the Pasadena, Calif., resident embarked on a 200-mile walk along a trail in France, followed by a second 200-mile walk six months later. His last 200-mile walk was in Spain in 2017, and this April he will return to the country for a 300-mile walk. At home, Rivera stays in shape between walks by walking or going to the gym five to six times a week.

"My doctors think I did well through surgery and in recovery because I was in good shape physically," said Rivera, who added that he cut back on alcohol and now eats more fruits and vegetables. "While I never want to think I am totally out of the woods, I do anything I want physically without any problems."

Taunya Stewart's journey to better health began when she awoke one day in 2015 wondering if she was having a heart attack. Emergency room doctors measured her blood pressure at 226 over 154 -- a "hypertensive crisis" that could lead to a stroke or heart attack.

Stewart was prescribed blood pressure medicine that she was told she would need to take for the rest of her life.

Today, the 43-year-old New Orleans resident walks 3 to 5 miles five days a week and checks her blood pressure daily. Her blood pressure is significantly lower, she's taking less medication, and her doctor has been pleased with her progress, Stewart said. Her goal is to be off blood pressure medicine by next year.

Stewart also is eating better, drinking more water and has lost weight. She has become more active as an organizer and fitness nutrition specialist at GirlTrek, a national movement to encourage black women to walk together as a first step to increase physical activity that helped her get more fit.

Walking can help reduce or even reverse the risk of heart failure, even for people who have been sedentary but otherwise healthy, according to a recent study published in the journal Circulation. Men and women in their 50s who stuck to a regular aerobic workout for two years saw positive changes, according to researchers.

Moving more doesn't require hours-long gym workouts to get to the recommended 150 minutes a week. Another study published last month in the Journal of the American Heart Association suggested that the risk of death can drop even when moderate or vigorous activity comes in short, five-minute bursts (like walking up several flights of stairs or walking briskly from a remote parking spot).

Stewart said her newfound focus on taking care of herself has been life-changing.

"We spend time doing everything for everybody else, and we have to make time for ourselves," she said. "It's not being selfish, it's being smart enough to know that an empty vessel cannot continue to pour out."