See What HealthDay Can Do For You
Contact Us
September 21, 2018

AHA: Stiffening of Blood Vessels May Point to Dementia Risk 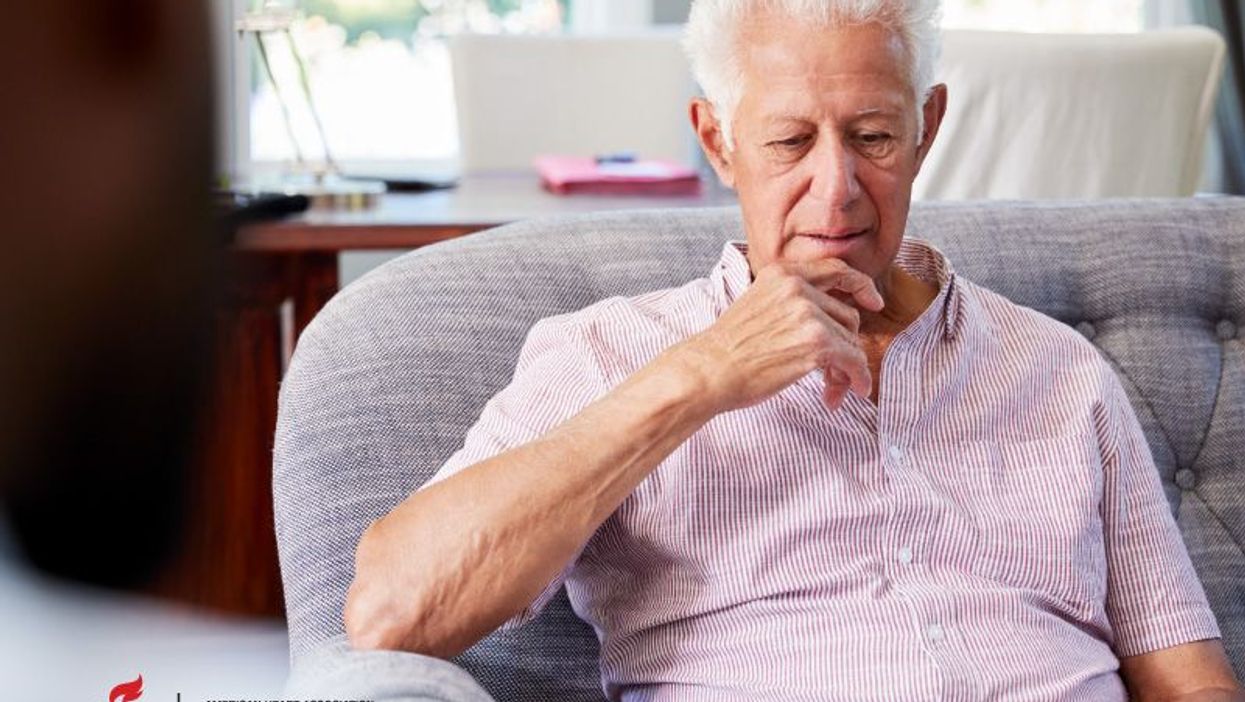 FRIDAY, Sept. 21, 2018 (American Heart Association) -- Arterial stiffness among people with mild cognitive impairments could put them at higher risk for progressing to dementia, which may include Alzheimer's disease, according to a new study exploring the connection between the brain and vascular health.

The French study, published Friday in the American Heart Association journal Hypertension, looked at data on 375 elderly people with mild cognitive impairment such as memory issues and slight declines in abilities. Within 4.5 years, about 28 percent of the patients developed dementia.

Researchers considered several factors for the progression and found that higher pulse wave velocity, which measures the elasticity of arteries, was a likely culprit. Arteries carrying oxygenated blood from the heart into the body can become stiff and lose elasticity with age, and the issue can be exacerbated when the vessels have plaque buildup.

"The identification of potential preventive strategies is crucial at early stages," said clinical pharmacist Laure Rouch, the study's lead author and a postdoctoral fellow at Université Descartes in Paris. "Identifying (mild cognitive impairment) patients at higher risk of dementia using non-invasive techniques such as pulse wave velocity is a very interesting finding and also means that arterial stiffness may be a therapeutic target to delay or prevent the onset of dementia."

In addition to pulse wave velocity to measure arterial stiffness, the study also looked at the thickness of the inner layers of the carotid artery to detect the buildup of fatty plaque. None of the other variables was associated with incidence of dementia.

Rouch said pulse wave velocity appears to be a unique vascular biomarker that identifies patients with mild cognitive impairment who are at higher risk for dementia. But she stressed that needs to be confirmed by future studies.

Arterial stiffness could expose the brain's blood vessel system to fluctuations in pressure and flow that cause tiny injuries, according to the study. Blood vessel stiffness has been related to atherosclerosis, or fatty buildup along artery walls. It's also been linked to arteriosclerosis, the thickening of blood vessels that can restrict blood flow and lead to stroke.

About 48 million people worldwide live with dementia, a figure predicted to nearly double every two decades until 2050.

Most people think of dementia as one condition and vascular disease as a separate one when there's actually "tremendous overlap and interplay" between the two, said Dr. Karen Furie, the neurology chair at the Alpert Medical School of Brown University.

Furie, who wasn't involved in the new study, said the research provides a robust premise and conveys a compelling message.

"Controlling things like blood pressure and preventing vascular disease may not only prevent stroke and heart attack, it could also help prevent dementia," she said. "It's very important for people to realize that there is that relationship, and what they do to keep their heart and brain healthy may prevent or (slow) the development of dementia."

The study should remind people how important it is to lower risk factors that are controllable, such as maintaining a healthy diet, exercising regularly and ditching cigarettes.

When many people think of the aftermath of a stroke, a potential consequence of untreated risk factors, "you picture the older person who is paralyzed and not necessarily the person who can move all their limbs but has dementia," said Furie, who chairs the AHA's stroke council. "But in fact, that may be one of the manifestations of this interplay between vascular disease and other forms of dementia."

Furie said that while scientists don't have a way to treat neurodegenerative illnesses yet, the diseases can be slowed down by controlling risk factors. And done well enough, it could be the closest thing to a cure, she said.

"It's amongst the possibilities, particularly if you intervene early enough, before damage is done. You could potentially have a significant effect in modifying the disease."