See What HealthDay Can Do For You
Contact Us
September 6, 2018 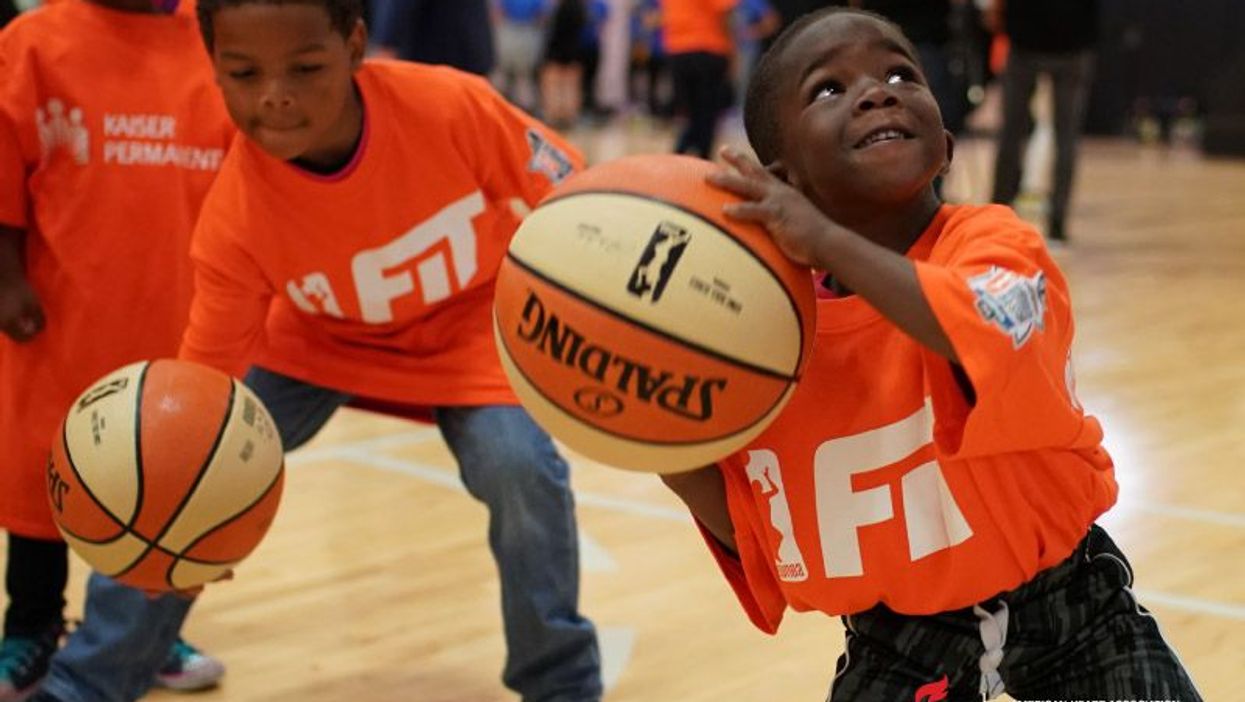 Kids practice at one of the WNBA\'s All-Star FIT Clinics. Photo: Jordan Johnson for the WNBA
HealthDay News

THURSDAY, Sept. 6, 2018 (American Heart Association) -- Achieving victory in a high-stakes competitive sport like professional women's basketball takes a lot of heart -- in every sense of the word.

So, as the WNBA championship finals begin Friday, it makes sense that maintaining good health, cardiovascular and otherwise, has been a top priority for the WNBA and its 12 teams throughout the year.

It all starts with the players themselves. Before they can hit the court, the league requires each team member to have an electrocardiogram. Those that make the final 12-player roster also must undergo a stress test. If they discover any red flags, the team cardiologist conducts further testing.

"The league puts the health of the team above all else," said Jessica Cohen, the head athletic trainer and physical therapist for the Atlanta Dream. If a cardiac emergency occurs, the athletic trainer and at least one other staff member is certified in CPR, she said. The league also has automated external defibrillators throughout their facilities.

"Maintaining a peak level of activity day in and day out can put excess demands on the heart," Cohen said.

The league has highlighted the issue in many ways over its 22-year history.

As far back as June 2004, in conjunction with National CPR and AED Awareness Week, the San Antonio Silver Stars handed out free "Go Red for Women" wristbands to the first 1,500 fans and encouraged attendees to wear red. A halftime auction raised funds to buy an AED machine for a community group.

More recently, WNBA star Tina Charles of the New York Liberty has been working to prevent sudden cardiac death in student athletes. For the past several seasons, she has donated a large portion of her WNBA salary to her organization, Hopey's Heart Foundation, which provides AEDs to schools and recreational centers.

Heart disease hit the league in a personal way this past summer. In June, Anne Donovan -- a former star player, Olympian and Hall of Fame recipient who coached the Seattle Storm during its first championship in 2004 -- died of heart failure at the age of 56.

One woman dies from heart disease every 80 seconds, and one in three women's deaths are caused by cardiovascular disease and stroke. In 2015, more than 414,000 American women died of heart disease, making it the No. 1 cause of death.

Aware of the statistics, the WNBA has several programs that encourage healthy living. "We're a basketball league, but there's so much more than that," said Tara Schwartz, the vice president of social responsibility at the NBA, the WNBA and the NBA D-League.

WNBA Cares just wrapped up its annual August Fit Month, sponsoring four health and wellness clinics for youth and senior citizens throughout the country. This year's clinics offered meditation and other mindful activities in addition to on-the-court drills.

Another example is Breast Health Awareness Week, launched when the league was founded more than two decades ago. It honors cancer survivors during in-game presentations, distributes educational material and raises money. More recently, the NBA teamed up with the nonprofit Bright Pink to roll out a web tool that allows women to assess their risk for breast and ovarian cancer by answering a few simple questions.

"We're always looking for ways to give back to our fans," Schwartz said. "Our players inspire women and girls to take care of themselves, so they're able to bring their full self wherever they go."