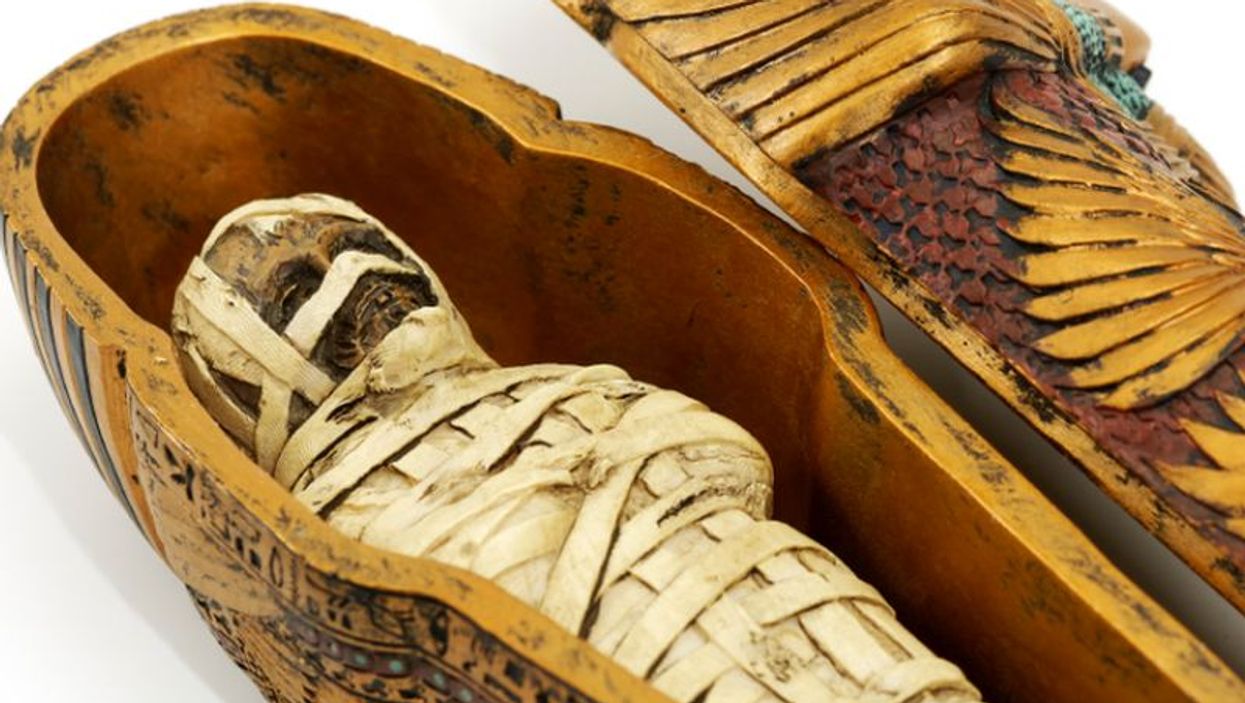 TUESDAY, Oct. 8, 2019 (HealthDay News) -- Scientists are taking the wrappings off an age-old malady.

These weren't just bigwigs eating rich diets, either. Four of the five mummies included in the study hail from South America, where average folk were mummified, said Madjid. He's an assistant professor of cardiovascular medicine with the McGovern Medical School at the University of Texas Health Science Center, in Houston.

"These were ordinary people," Madjid said of all five mummies. "That tells me that the development of atherosclerosis might combine the effects of nature versus nurture," with both genetics and risk factors playing a role in the development of clogged arteries. Blocked arteries can lead to heart attack.

Studies of mummies aren't unusual, but researchers usually use CT scans to create meticulous images of blood vessels and organs.

The downside for heart researchers is that CT scans can only detect accumulated calcium in the arteries, not actual cholesterol plaques. These plaques tend to calcify, so calcium has been used as a marker for clogged arteries.

Madjid and his colleagues said they're the first to study mummy samples using near-infrared spectroscopy, an imaging technique that can directly detect cholesterol plaques. The process involves bouncing near-infrared light waves off the tissue.

"You can tell the difference between various tissue components because each has a unique molecular signature, like a fingerprint," Madjid said.

The researchers obtained mummified blood vessels from three men and two women with an estimated age at death between 18 and 60. Three apparently died of pneumonia and one of kidney failure, with the fifth mummy's cause of death unknown.

The thought behind studying ancient mummies is to figure out whether clogged arteries is "a disease of the modern age, or does it go back to our ancestors, too?" Madjid said. "Is it something inherent in human beings, or a byproduct of modern life?"

The Latin American mummies "were living close to the sea, so we assume their diet was rich in seafood, which is good for their heart, and they were pretty active people," Madjid said.

Nevertheless, the researchers found cholesterol-rich plaques in the arteries of all five mummies. The fifth hailed from Egypt, and died between 332 BC and 395 AD.

Even though these people were hunter-gatherers who led an active lifestyle and had a healthy diet, they still were exposed to some health risk factors known to promote heart disease, Madjid said.

Inhaling smoke could be one of those factors. "We know they were sitting by the fire pits for heating and cooking, and some cultures did have recreational smoking," Madjid said.

Other possible risk factors could be bacterial or parasitic infections that cause inflammation of the arteries, which can promote the development of arterial plaques, the study authors added.

"They were not clear of all risk factors," Madjid said.

"I do have young patients like that, who eat very well and exercise every day but they still have high cholesterol," Madjid said.

The new study supports the findings of previous mummy research, said Dr. Jagat Narula, a professor of cardiology and radiology at the Icahn School of Medicine at Mount Sinai, in New York City.

Narula is part of the Horus study team, a group of mummy health researchers who take their name from the Egyptian god of the sky.

Hundreds of mummies gathered from Egypt, Peru, Greenland, the Aleutian Islands and other locales have demonstrated that "atherosclerosis was present all across the timeline," Narula said.

These findings have surprised researchers, who expected ancient people to have healthier arteries because they didn't eat fast-food, surf TV on the couch or smoke, Narula said.

"When you look at the Egyptian mummies, we find that approximately 34% of these people had evidence of calcium in their vasculature, and that increased with age," Narula said.

"What all these studies tell you is that risk factors are the basis of these diseases," Narula said. "Even if there's a genetic influence, trying to prevent the risk factors will help prevent the disease."

The study was published in the October issue of the American Heart Journal.

The American Heart Association has more about clogged arteries.