Examination of the 5,000-year-old cells suggests wound did not kill 'Otzi' instantly 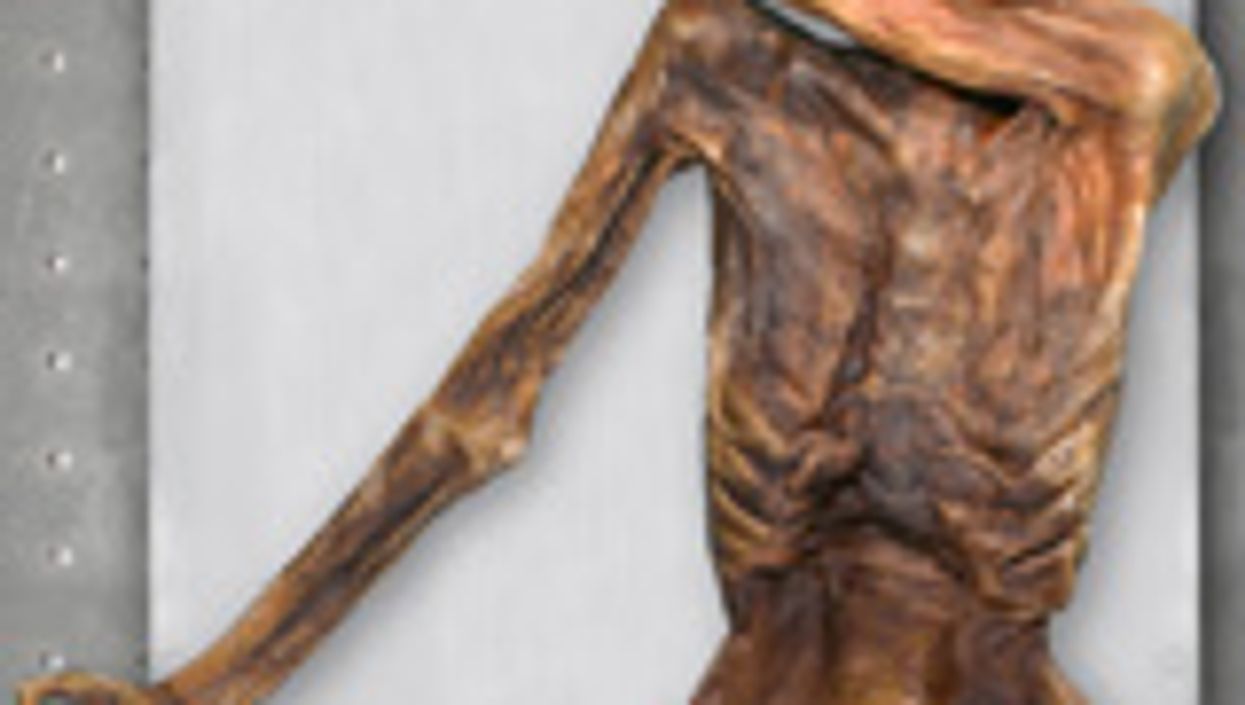 Previous attempts to find blood cells in Otzi's aorta were unsuccessful, but this latest effort located blood cells in an arrow wound on his back. It is believed that this wound caused his death.

There also is new evidence suggesting that Otzi did not die immediately after being hit by the arrow, according to the researchers at the European Academy of Bozen-Bolzano.

"Up to now, there had been uncertainty about how long blood could survive, let alone what human blood cells from the Chalcolithic period -- the Copper Stone Age -- might look like," Albert Zink, head of the Institute for Mummies and the Iceman at the academy, said in an academy news release.

The red blood cells found in Otzi's arrow wound have the classic "donut shape" that is seen in healthy people today. The wound also contained fibrin, a protein involved in blood clotting.

"Because fibrin is present in fresh wounds and then degrades, the theory that Otzi died straight after he had been injured by the arrow, as had once been suggested, and not some days after can no longer be upheld," Zink said.

The study was published in the Journal of the Royal Society Interface.

The South Tyrol Museum of Archeology has more about Otzi.