3 of 4 Black Americans Have High Blood Pressure by 55 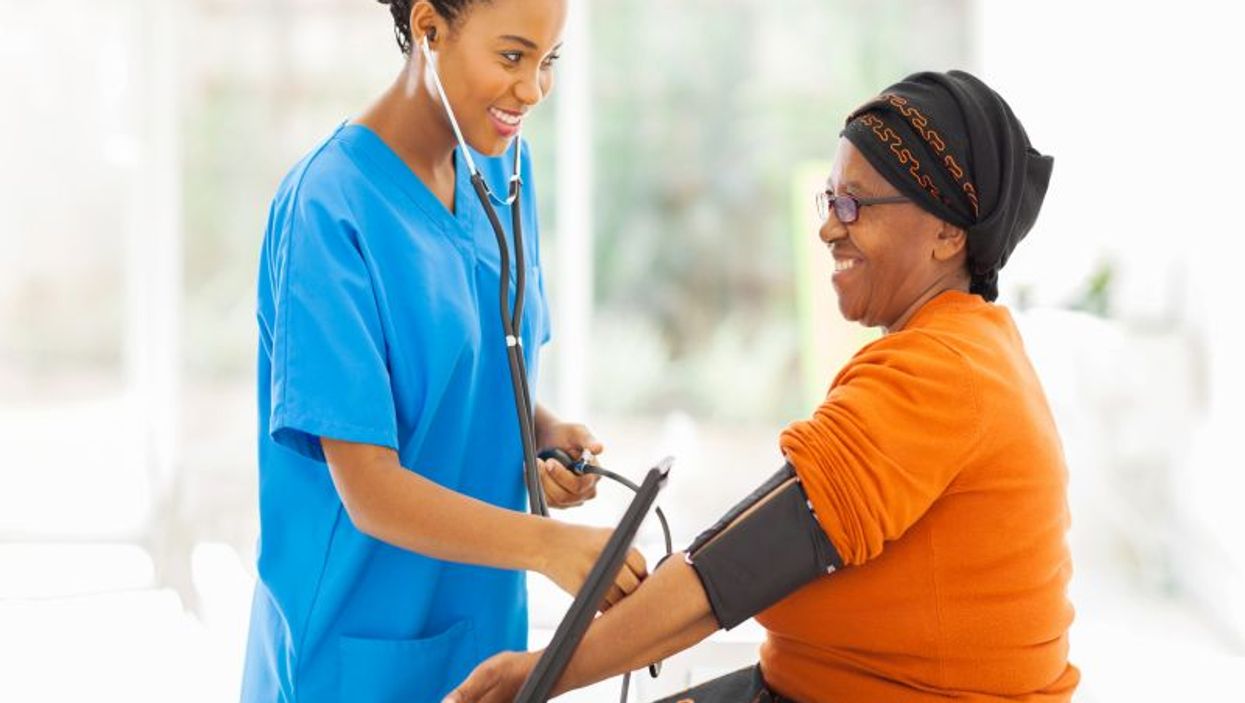 WEDNESDAY, July 11, 2018 (HealthDay News) -- A startling 75 percent of black people in the United States develop high blood pressure by the age of 55, a new study finds.

That's a far higher rate than seen among either white men (55 percent) or white women (40 percent), the researchers said.

"We need to start focusing on preventing hypertension [high blood pressure], particularly in blacks, at an early age," he added.

Thomas is an assistant professor at the University of Alabama at Birmingham's department of psychiatry.

It isn't known why black Americans are more prone to high blood pressure at an earlier age than white Americans, Thomas said. But he speculated that a combination of lifestyle and genetics may explain why.

"I don't think you can start too early," he said. "It should start at elementary school. If kids are told frequently that this is important, they will adopt it."

Dr. Gregg Fonarow explained that high blood pressure "is a leading risk factor for heart attack, heart failure, stroke, kidney disease and premature cardiovascular death." He is a professor of cardiology at the University of California, Los Angeles, and was not involved with the new study.

Black men and women in the study had twice the risk of high blood pressure than white men and women, even after adjusting for other differences, he added.

For the study, Thomas and his colleagues collected data on nearly 3,900 young adults who were part of a heart disease risk study.

The participants were enrolled in the study when they were 18 to 30 years old, and they didn't have high blood pressure at the time.

Excess weight was the biggest risk factor for developing high blood pressure, regardless of sex or race, the researchers found.

Blacks and whites who kept to a DASH (Dietary Approaches to Stop Hypertension) diet were able to lower their risk for high blood pressure, the study findings showed.

Dr. Byron Lee is director of electrophysiology laboratories and clinics at the University of California, San Francisco. He said that "in many ways, 55 is the new 65. We used to not worry about hypertension until we reached our mid-60s, but it's clear now that many of us need to take action much sooner."

Lee pointed out that high blood pressure is a "modifiable risk factor for heart attack and stroke. And if we don't act on it, we are missing a major opportunity to decrease mortality."

The report was published online July 11 in the Journal of the American Heart Association.

For more on the DASH diet, visit the American Heart Association.