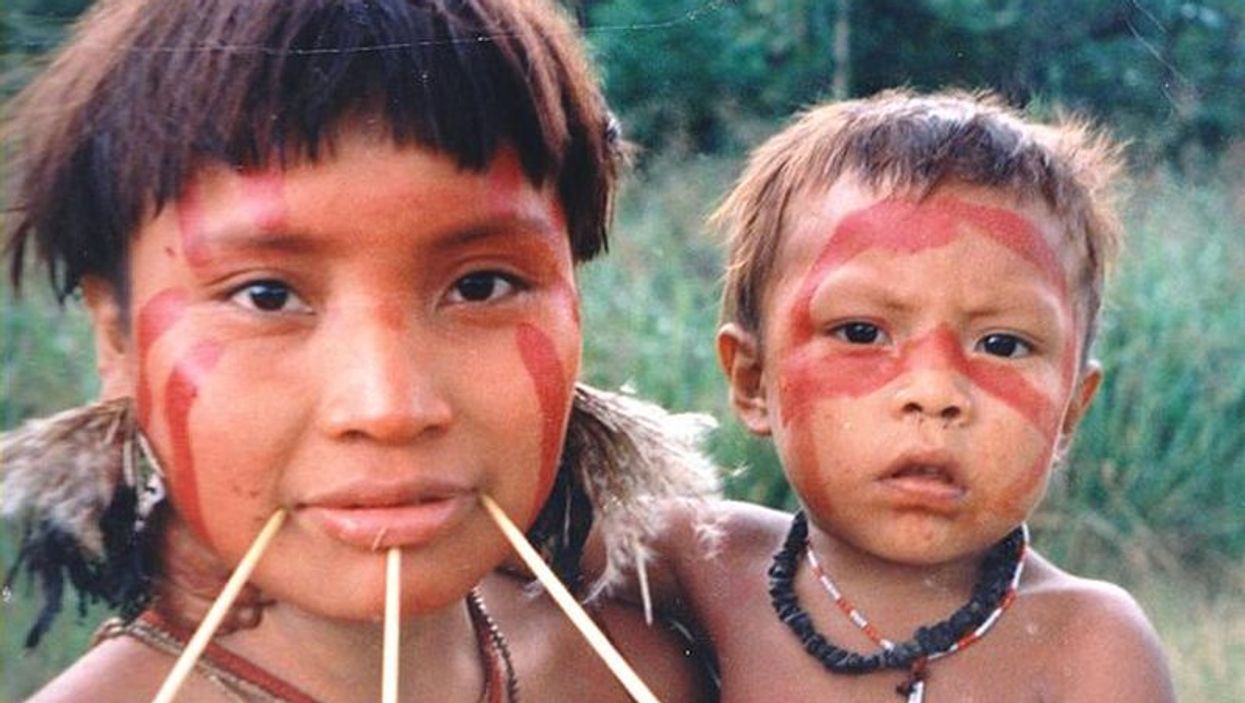 Looking at the isolated Yanomami tribe in the Venezuelan rainforest, researchers found their blood pressure remained low from youth to age 60.

That's probably because as hunter-gatherer-gardeners, they don't eat the processed and salted foods common in the so-called Western diet, the researchers said in a new report.

"The association between age and blood pressure may not be driven by age itself, but rather the cumulative effects of a Western lifestyle and dietary practices," said lead researcher Noel Mueller, an assistant professor of epidemiology at Johns Hopkins University School of Public Health.

Another local tribe, the Yekwana, had some access to Western-style foods, and their blood pressure started increasing in childhood, said Mueller.

"We believe that rising blood pressure is due to the consumption of processed foods and salt," he said. This is what the report refers to as "unnatural Western exposures."

Dr. Harlan Krumholz, a professor of cardiology at Yale University, was enthusiastic about the new findings.

"This small study introduces a remarkably powerful idea -- that an increase in blood pressure with age is not inevitable," said Krumholz, who wasn't involved with the study.

It is entirely plausible that a healthy lifestyle could protect against the growing risk of hardening of the arteries with increasing age that is so prevalent in Westernized societies, he said.

Over five months, Mueller and his team measured the blood pressure of 72 Yanomami and 83 Yekwana members who were between 1 and 60 years old.

The Yekwana are less isolated than the Yanomami. Because of missions and an airstrip, the Yekwana have some contact with the outside world, including Western-style eating, the researchers noted.

The study found no age-related increase in blood pressure among the children and adults of the Yanomami. But among the Yekwana, blood pressure began increasing in childhood and went up about 0.25 mm Hg a year on average, Mueller said.

The Yanomami diet consists of fruits, vegetables and meats from the animals they hunt. Fiber and carbohydrates make up the bulk of their diet, however. "No salt and no added sugar," Mueller said.

"We can prevent it with interventions that reduce the intake of salt in our diet," he said.

Life deep in the isolated rainforest isn't all rosy, however. Mueller acknowledged that the Yanomami life span is shorter than that in developed countries because they lack access to antibiotics and other medicines that could prevent or cure infections and diseases.

Warring with other tribes also shortens their lives, Mueller said.

The study can't prove a direct cause-and-effect relationship. Still, "it is worth studying whether the effect of age on our vascular system can be slowed, stopped or even reversed with a healthy lifestyle -- and what particular elements of a healthy lifestyle might make the most difference," Krumholz said.

As to whether salt is to blame for blood pressure rising with age, Krumholz isn't sure.

"There are so many ways that modern society is different from the era in which cardiac disease was rare," Krumholz said.

Differences in dietary, behavioral and environmental exposures make it hard to pinpoint the exact cause of these blood pressure discrepancies, he said. "It is likely, in the end, to be a result of the combination of factors," Krumholz noted.

The report was published online Nov. 14 in JAMA Cardiology.