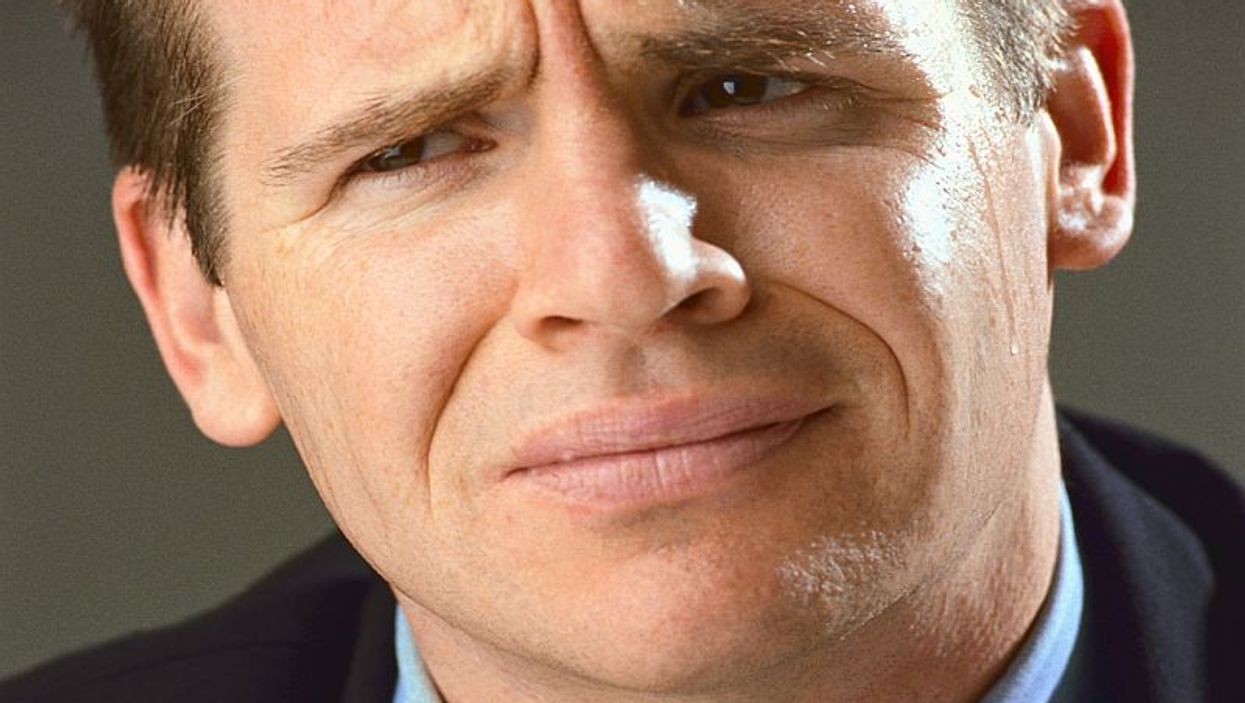 MONDAY, Aug. 27, 2018 (HealthDay News) -- A furrowed brow could be a red flag for your heart health, a new French study suggests.

People who have more deep forehead wrinkles than is typical for their age might have a higher risk of dying from heart disease, researchers found.

Those with the deepest wrinkles on their brow had nearly 10 times the death risk from heart problems as those with no wrinkles at all, even after adjusting for other risk factors, researchers report.

But the study did not prove that forehead wrinkles cause heart risks to rise, and other heart experts remained skeptical.

"I'm not so sure I would put too much on this until we have more evidence," said Dr. Roxana Mehran, a professor of cardiology and director of interventional cardiovascular research and clinical trials with the Icahn School of Medicine at Mount Sinai in New York City. "To imagine this could be a risk factor for cardiovascular mortality, it would need further investigation, I think."

The French researchers explored forehead wrinkles as a marker for heart health problems "because it's so simple and visual," Esquirol said. "Just looking at a person's face could sound an alarm, then we could give advice to lower risk."

The research team assessed the forehead wrinkles of about 3,200 working adults and then followed them for 20 years. The people were 32, 42, 52 or 62 at the beginning of the study.

Each person was assigned a "wrinkle score" from zero to 3. A score of zero meant no wrinkles, while a score of 3 meant the person had numerous deep wrinkles.

People with a wrinkle score of 1 were more than five times more likely to die of heart problems than those without wrinkles, the researchers added.

The researchers presented the findings Sunday at the European Society of Cardiology's annual meeting, in Munich, Germany.

They said they don't know why forehead wrinkles might be linked to heart disease, but they said it could be due to hardening of the arteries (atherosclerosis).

Wrinkle formation and hardening of the arteries both involve changes in collagen protein and oxidative stress, the researchers explained. Blood vessels in the forehead are so small they may be more sensitive to plaque build-up, meaning wrinkles could be one of the early signs of vessel aging and hardening.

It also could be that hard-charging people who regularly make the sort of faces that promote forehead wrinkles -- frowns of worry, stress or anger -- are somehow putting a greater strain on their heart, Mehran said.

"We think of wrinkles as a cosmetic issue. It would be interesting if they really portray more about a person and the stresses they have, and whether there is a correlation between that and cardiovascular disease," Mehran said. "This is intriguing and we need to explore it further."

"We are continually finding associations with heart disease and patient profiles, but in the end it comes down to metabolic risk factors that don't unfortunately unmask themselves visually in our patients," Bhusri said.

It's possible that the models used by the researchers did not account for all of the effects of aging and smoking, or for all potential risk factors, said Donna Arnett, dean of the University of Kentucky's College of Public Health.

"I would want to see these findings replicated," Arnett said.

Esquirol said that although the study results do need to be confirmed by other researchers, doctors could start checking people's foreheads now as a potential warning sign of heart health.

"It doesn't cost anything and there is no risk," Esquirol said in a meeting press release.

People concerned about their heart health should learn their numbers for cholesterol, blood pressure, blood sugar and body mass index, and "get treatment if your risk factors or elevated," Arnett said. Eating right and exercising will also help.

The American Heart Association has more about heart risk factors.