See What HealthDay Can Do For You
Contact Us
January 23, 2019

AHA: Another Day at the Office -- Thanks to a Defibrillator Close at Hand 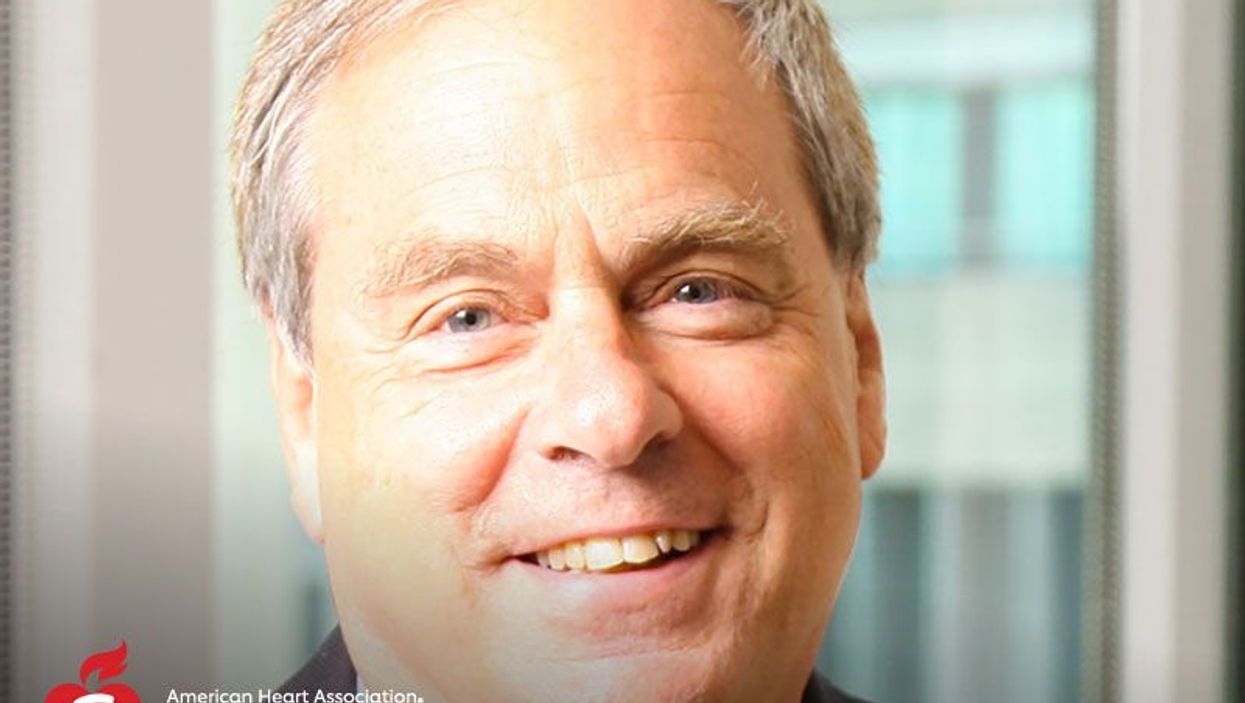 WEDNESDAY, Jan. 23, 2019 (American Heart Association) -- On National Wear Red Day in 2018, few people at the Nashville law firm Lewis, Thomason, King, Krieg & Waldrop took notice of the occasion, which calls attention to heart disease being the No. 1 killer of women.

"I think we had forgotten about it being that day," said Tania Freeman, the firm's business development officer.

Still, Feb. 2, 2018, turned out to be a day many of them would never forget, especially Tania and John Lewis.

A 70-year-old partner in the firm, John came to work thinking not about hearts, but about flu season. He'd been achy and congested all week and his wife, Barbara, was home with the flu and a 102-degree fever.

He headed home early, promising colleagues he would go to the doctor. While waiting for the elevator to take him down from the 25th floor, he stopped to talk with two colleagues, including his son.

Then his heart stopped.

Tania was in her office when a colleague said John passed out in the lobby. Tania grabbed her cellphone and went to assess the situation, thinking she would call 911 if needed. She arrived on the scene to find staff members Ellen Black, Christin Bryant and Tasra Lumpkin performing CPR. Someone had already called 911.

Someone else retrieved the office's AED -- an automated external defibrillator -- and brought it to John's side. Tania noticed it wasn't being used yet, so she turned it on, just in case.

John was in cardiac arrest, which essentially means his heart's power went out.

Christin and Tasra took turns performing CPR. Tania put the AED pads on John and everyone backed away. She followed the AED prompts and pushed the shock button.

They resumed giving CPR until the machine said it was OK to try again. Tania did.

Soon after, John reached up and grabbed her hand. He started talking and tried to stand up. Everyone was surprised, especially the paramedics who arrived soon after.

In addition to the cardiac arrest, John suffered a heart attack -- one so severe it's called the "widow maker." The difference is that a cardiac arrest is a glitch in the heart's electrical system, while the heart attack is more like a plumbing problem. Something is blocked. In this case, it was the left anterior descending artery, a major pathway supplying blood to the heart.

John was rushed to the hospital. Within 26 minutes of the paramedics arriving at the office, John received two stents to prop open narrowed pathways in his heart.

"If we did not have that AED, this story probably would have a different ending," Tania said.

The AED was purchased years earlier, after another lawyer's life was saved by CPR, albeit away from the office.

Twelve people were trained in CPR and AED usage -- attorneys, secretaries, paralegals and administrative staff -- so that at least one trained person would likely be in the office in case of emergency.

John's cardiac event was the first in that office building. Building management responded by adding AEDs on every floor and in their own office. They also offered training to the 1,000 office workers. More than half the staff of John's law firm attended.

John returned to work three weeks later, with news cameras greeting him at the door.

"I'm very thankful for what everyone did for me," said John, who has spoken to many of his clients about the experience, encouraging them to get AEDs and to train their staff.

The law firm staff didn't want to wait for the next National Wear Red Day. Weeks after the office drama, staff members took it upon themselves to organize their own Wear Red Day.

And on Feb. 1, they'll again wear red, in celebration of the first anniversary of John's life being saved.