Gene Therapy May Allow Hemophilia Patients to Go Without Meds 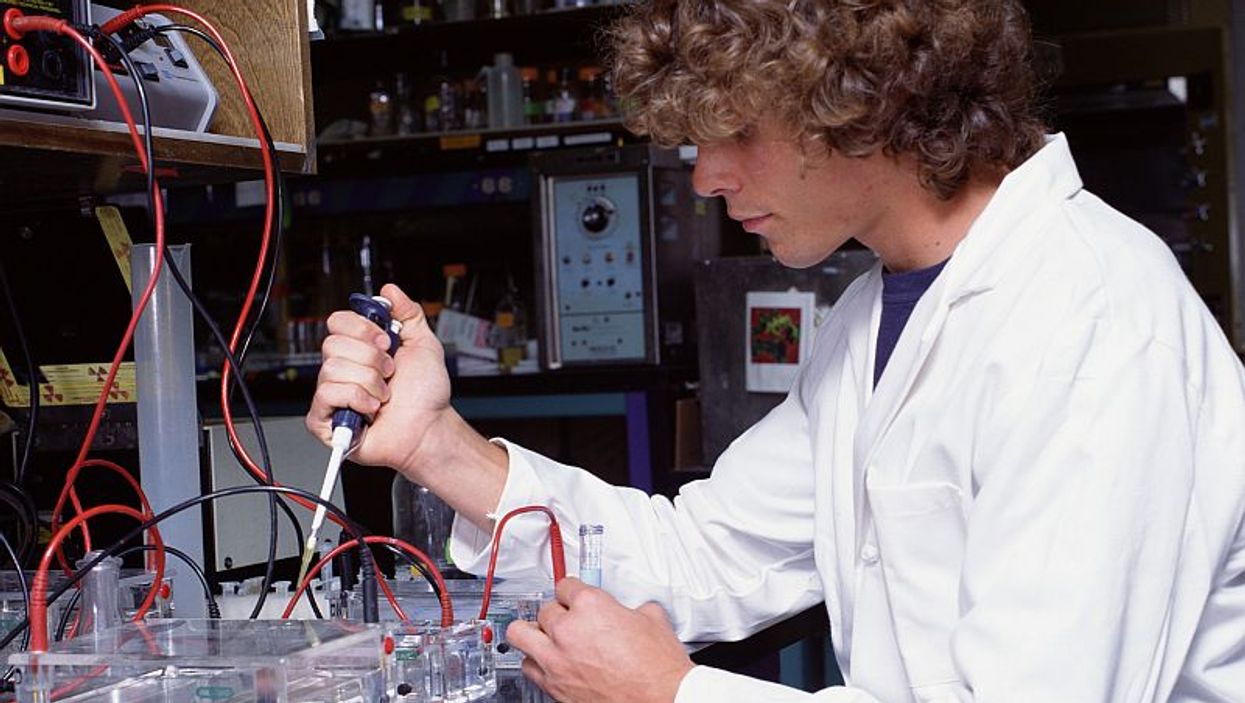 WEDNESDAY, Dec. 6, 2017 (HealthDay News) -- Gene therapy has helped 10 men with a form of the bleeding disorder hemophilia produce a critical blood clotting factor. This could eliminate the need for tedious and costly standard treatments, researchers report.

While saying the one-time gene therapy was an ideal treatment goal because of its effects, the researchers stopped short of calling it a cure for hemophilia B since it's unclear if the benefits will be permanent.

But the experimental gene therapy produced "a really dramatic life change" for the men in the study, said study lead author Dr. Lindsey George, a hematologist at Children's Hospital of Philadelphia.

"It really freed up these men to kind of live a normal life," George said. "It meant they could wake up and go about their day and not live in fear of having bleeding events."

Hemophilia arises from an inherited gene mutation that impedes the ability to produce normal levels of a blood clotting factor. This leaves patients vulnerable to spontaneous bleeding or excessive bleeding from injuries. The disorder has two major forms: hemophilia A, which affects about 80 percent of all patients, and hemophilia B.

Hemophilia B occurs in about 1 in 30,000 boys and men, George said. Because the recessive gene disorder is linked to the X chromosome, women can be carriers but are unaffected by the condition. Standard treatment involves weekly infusions of a manufactured clotting factor to prevent bleeding problems.

The new research was funded by pharmaceutical companies Spark Therapeutics and Pfizer.

For the study, George and her colleagues delivered one dose of the gene therapy each into 10 hemophilia B patients' livers. This is where the body normally produces the so-called factor IX protein that allows blood to clot properly.

The dose contained a "bioengineered payload" of the gene that codes for a naturally occurring clotting factor that's eight to 10 times stronger than the normal factor and known as factor IX-Padua.

All of the patients benefited from the gene therapy, the researchers said. It moved them out of the severe disease category and almost eliminated bleeding in their joints, a persistent prior problem.

Eight of the 10 did not require any additional standard treatments, and 9 of the 10 didn't experience bleeding problems after the gene therapy. None experienced serious complications, according to the study.

The research was published Dec. 7 in the New England Journal of Medicine.

"What's transformative about this [study] is they converted people who were at risk of having these bleeds to now having levels of clotting factor where they can pretty much do anything they want," said Dr. Matthew Porteus. He's an associate professor of pediatrics-stem cell transplantation at Stanford University School of Medicine.

"Patients will really be able to live essentially normal lives, even playing sports like soccer, which we now discourage patients with hemophilia from playing," added Porteus, who wrote an editorial accompanying the study.

"But this is a study on 10 patients and now the challenge is to expand it to many more," he said.

Another hurdle is that about one-third of hemophilia B patients have a pre-existing immunity to the virus that delivers this type of gene therapy, making them ineligible to receive it, George and Porteus noted.

Researchers are also trying to develop a similar gene therapy for hemophilia A, which has proven more challenging.

The potential price tag of the hemophilia B gene therapy is an issue, but George and Porteus said it could be offset by eliminating the need for standard treatments. These can cost between $100,000 and $500,000 a year.

Only two gene therapies are approved for use in the United States -- both for blood cancers. And "less than a handful" are in use around the world, Porteus said. They typically cost between $400,000 and $1 million for each therapy.

"That's obviously raised some eyebrows and given some people sticker shock," he added.

"But even at $800,000 to $1 million, that could end up being cost-effective over the lifetime of a patient. That being said, how to price and reimburse gene therapies is an active area of discussion and there's no true consensus," Porteus said.

The U.S. National Library of Medicine offers more on hemophilia.