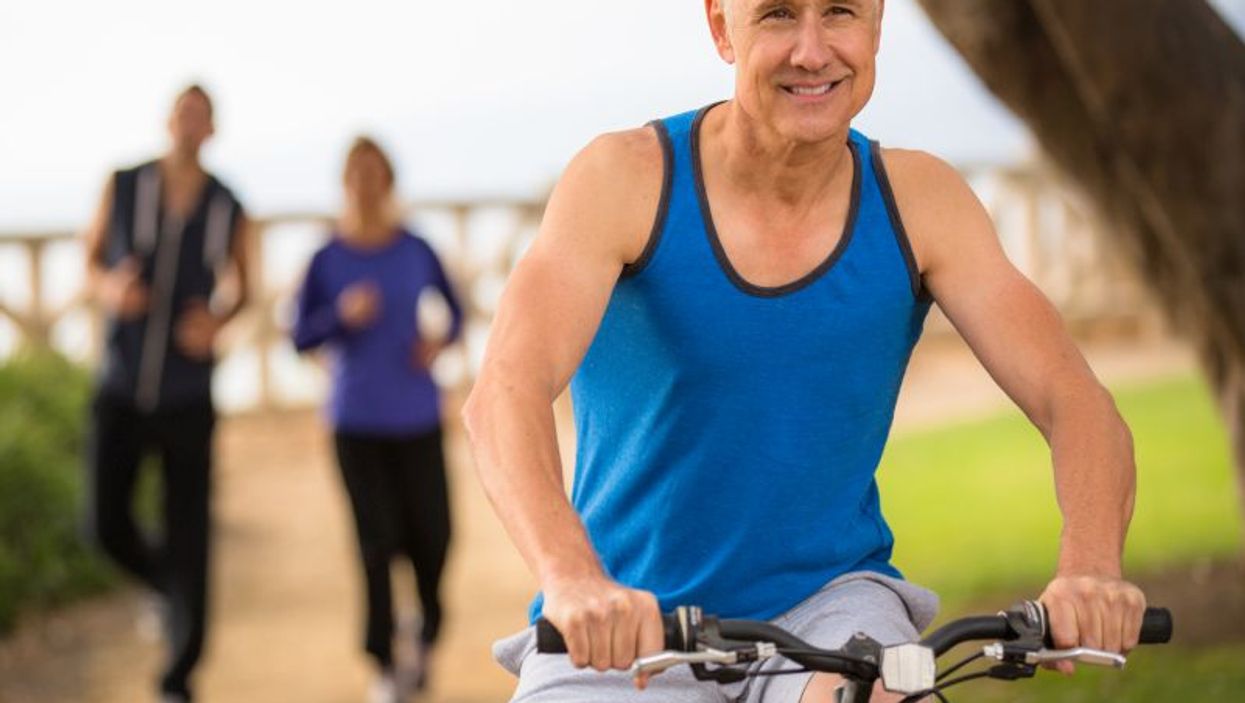 MONDAY, July 15, 2019 (HealthDay News) -- Even if you are unlucky enough to carry genes that predispose you to Alzheimer's disease, a healthy lifestyle can minimize that risk, new research shows.

The study tracked the genetics, lifestyles and Alzheimer's disease incidence of nearly 200,000 British people over 60 for an average of eight years.

Conversely, living well -- exercising regularly, eating a balanced diet, not smoking, and drinking moderately -- appeared to cut the odds for Alzheimer's, even among those at high genetic risk.

Among people found to be at highest genetic risk, healthy living appeared to reduce the chances of developing the disease by 35%, said a team led by David Llewellyn at the University of Exeter Medical School in England.

That implies that "1 case of dementia would be prevented for each 121 individuals per [every] 10 years with high genetic risk who improved their lifestyle from unfavorable to favorable," the researchers reported July 14 in the Journal of the American Medical Association. The findings were reported simultaneously at the Alzheimer's Association International Conference, in Los Angeles.

There was one caveat, however: The UK Biobank database from which the data came only focused on white people of European descent, so it's unclear if the findings might apply to other populations.

Still, the results should give hope to people worried about their Alzheimer's risk -- and an incentive to adopt healthy life habits, one expert said.

"No one can guarantee you'll escape this awful disease," but certainly healthy living can cut the odds, John Haaga, of the U.S. National Institute on Aging, told the Associated Press.

In the British study, a "high genetic risk" was based on the presence of genes known to be associated with Alzheimer's disease, such as a particular form of the APOE gene and other DNA more recently tied to the brain-robbing illness.

A "favorable lifestyle" was defined as people who met American Heart Association exercise guidelines of 150 minutes of moderate physical activity per week or 75 minutes of vigorous exercise; who didn't smoke; ate a heart-healthy diet; and drank no more than an average of one glass of wine or beer per day.

Both genes and lifestyle did seem to impact a person's odds for Alzheimer's. As someone's genetic "risk score" got higher, so did their odds for the disease, and the same was true as lifestyle became less healthy.

Of course genes can't be modified, but lifestyle can, Llewellyn and his group found.

They believe that healthier living may give a boost to brain blood flow. That could reduce "oxidative damage" to brain cells and help prevent brain-damaging clots and inflammation that could boost Alzheimer's risk.

Another expert said that the new study proves that when it comes to Alzheimer's, genes are not necessarily destiny.

Rudy Tanzi directs the Genetics and Aging Research Unit at Massachusetts General Hospital in Boston. Speaking the AP, he stressed that less than 5% of genes connected to Alzheimer's have such a strong connection to the disease that they would guarantee you'll get the illness.

"That means that with 95% of the mutations, your lifestyle will make a difference," Tanzi explained. His advice: "Don't be too worried about your genetics. Spend more time being mindful of living a healthy life."

The new study was partially funded by the U.S. National Institutes of Health.

The Alzheimer's Association has advice on keeping your brain healthy.