For New Mom With Aphasia, 'Giving Up Was Not an Option' 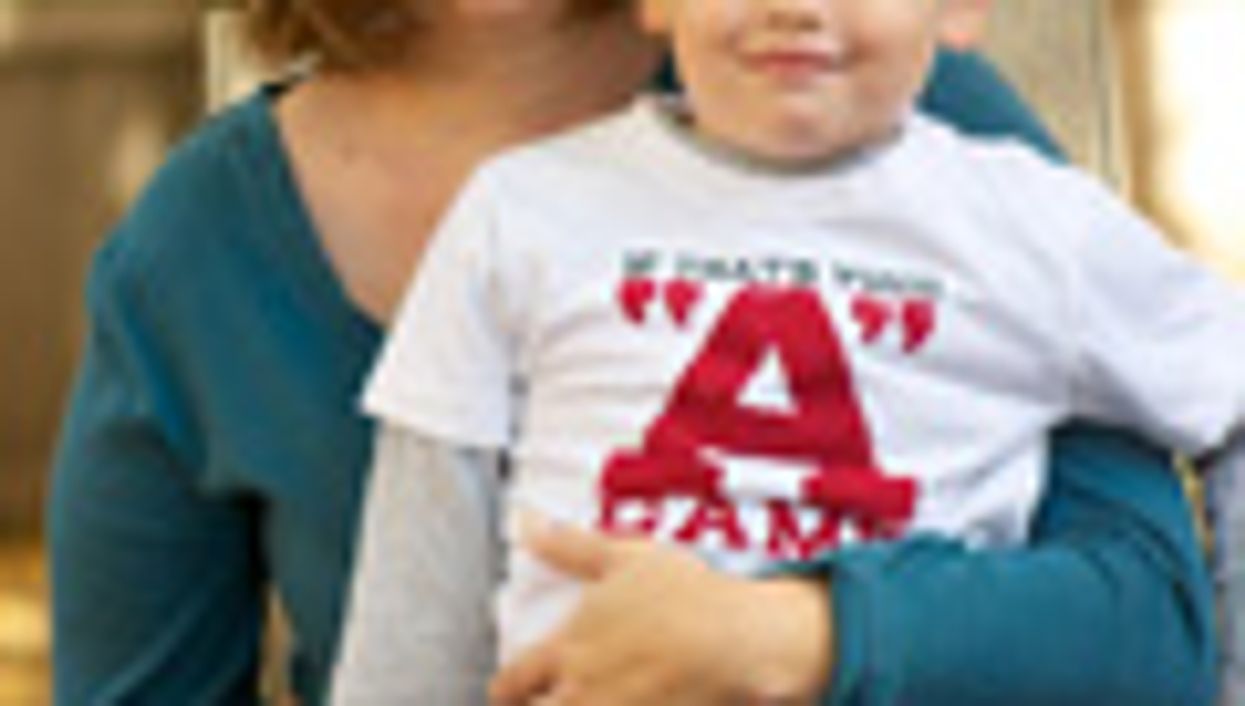 FRIDAY, Sept. 28, 2012 (HealthDay News) -- At 25, Rachel Eagly had a one-week-old son and a vicious headache. But she never would have guessed that the headache signaled a major stroke that would temporarily seize her ability to speak and also change her future for the better.

Still recovering from childbirth, the Kalamazoo, Mich., woman was taken to the emergency room by her mother and was waiting for a doctor when her arm started to tingle. "I went to say something to my mom and all I could get out was, 'My arm feels like ummm, my arm feels like ummm.'" Eagly recalled. "The doctor asked my mom, 'Is she usually like this?'"

When she next woke up, a week and a half had passed and Eagly had undergone surgery to release pressure in her brain from a hemorrhagic stroke, which occurs from a ruptured blood vessel. Though her life was no longer in danger, Eagly couldn't move her right side and was perplexed at her inability to talk.

"When I got my voice back, I could say 'hi' and that was it," she said. "I could only repeat words and couldn't come up with them on my own. It was extremely frustrating because I knew what was going on, but I couldn't speak."

Eagly was suffering from aphasia, a communication disorder caused by injury to regions of the brain responsible for language. Stroke is the most common cause of aphasia, which affects about a million Americans.

Like most people with aphasia, Eagly plunged into intensive therapy to help her regain her speaking ability, spending two months in inpatient facilities until she was on the verge of forming small sentences. At the same time, she underwent intense physical and occupational therapy, learning to walk again and to compensate for her useless right hand by doing tasks -- like changing her son's diaper -- using only her left hand.

A sobering moment came when Eagly overheard people outside her hospital room saying, "What's going to happen to Rachel? Is she going to have to go to a nursing home? Her poor baby." But she used the remark to fuel her growing determination to prevail over her disorder.

Eagly said she thought, "I'm going to be independent. I always have been. Why would that change?"

Now 31, Eagly still has limited problems retrieving the right words when she speaks. But she has methodically ticked off several items on her mental to-do list, including owning a home and resuming her passion for social work by volunteering with developmentally disabled adults.

Her son is now in kindergarten, and Eagly is engaged to a man who also developed aphasia after a stroke at a young age. The couple met at a clinic at Western Michigan University that offered individual therapy to people with aphasia and rigorous work on reading, talking and writing.