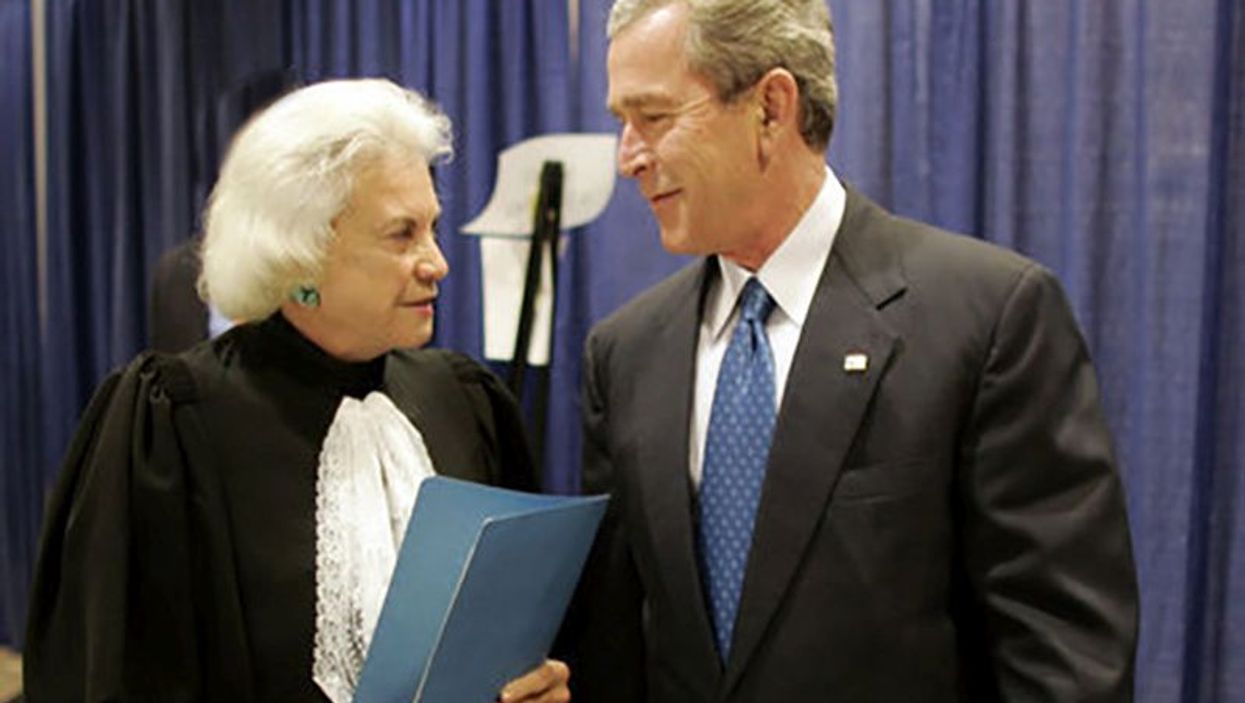 Doctors diagnosed her with the beginning stages of dementia "some time ago," O'Connor, 88, said in a letter addressed to "friends and fellow Americans."

O'Connor wrote: "As this condition has progressed, I am no longer able to participate in public life. Since many people have asked about my current status and activities, I want to be open about these changes, and while I am still able, share some personal thoughts."

She plans to continue living in Phoenix, surrounded by family and friends, USA Today reported.

O'Connor was nominated to the court by President Ronald Reagan. She served a quarter of a century, from 1981 to 2006.

Age is the greatest risk factor for Alzheimer's, the most common form of dementia. The incurable, progressive disease challenges adults from all walks of life, destroying memory and the ability to perform everyday tasks.

The former justice knows well what lies ahead. She retired from the Supreme Court at age 75 to care for her husband, John, who had Alzheimer's disease at the time. He died in 2009. O'Connor continued to raise awareness about the condition.

"While the final chapter of my life with dementia may be trying, nothing has diminished my gratitude and deep appreciation for the countless blessings in my life," O'Connor said in the letter.

She said she feels fortunate be an American and to have been presented with remarkable opportunities. "As a young cowgirl from the Arizona desert, I never could have imagined that one day I would become the first woman justice on the U.S. Supreme Court," she wrote.

In a statement, the Alzheimer's Association said it commended O'Connor "for bravely sharing her diagnosis.

"Since her husband's diagnosis with Alzheimer's disease, Justice O'Connor has been an advocate for caregivers and people living with the disease," the group noted.

"She was a pivotal member of the Alzheimer's Study Group, a committee convened by Congress and which presented its findings back to Congress in 2009. Justice O'Connor helped to position Alzheimer's as a national priority that demands action from our nation's policymakers," the association said.

In a statement released Tuesday, U.S. Chief Justice John Roberts said O'Connor was "a towering figure in the history of the United States and indeed the world.

"She broke down barriers for women in the legal profession to the betterment of that profession and the country as a whole," said Roberts.

No illness or condition can take away the inspiration she provides for those who will follow the many paths she has blazed, the chief justice added.

O'Connor was a key swing vote on the court. And she was a leader in the 1992 Planned Parenthood v. Casey ruling that maintained abortion rights but permitted some state restrictions.

It's estimated that 1 in 10 Americans age 65 and older has Alzheimer's dementia. Almost two-thirds of them are women, according to the Alzheimer's Association.

The U.S. National Institute on Aging has more about Alzheimer's and related dementias.