Electrodes along spinal cord gave four men ability to flex toes, ankles and knees, but it's no cure, researchers report 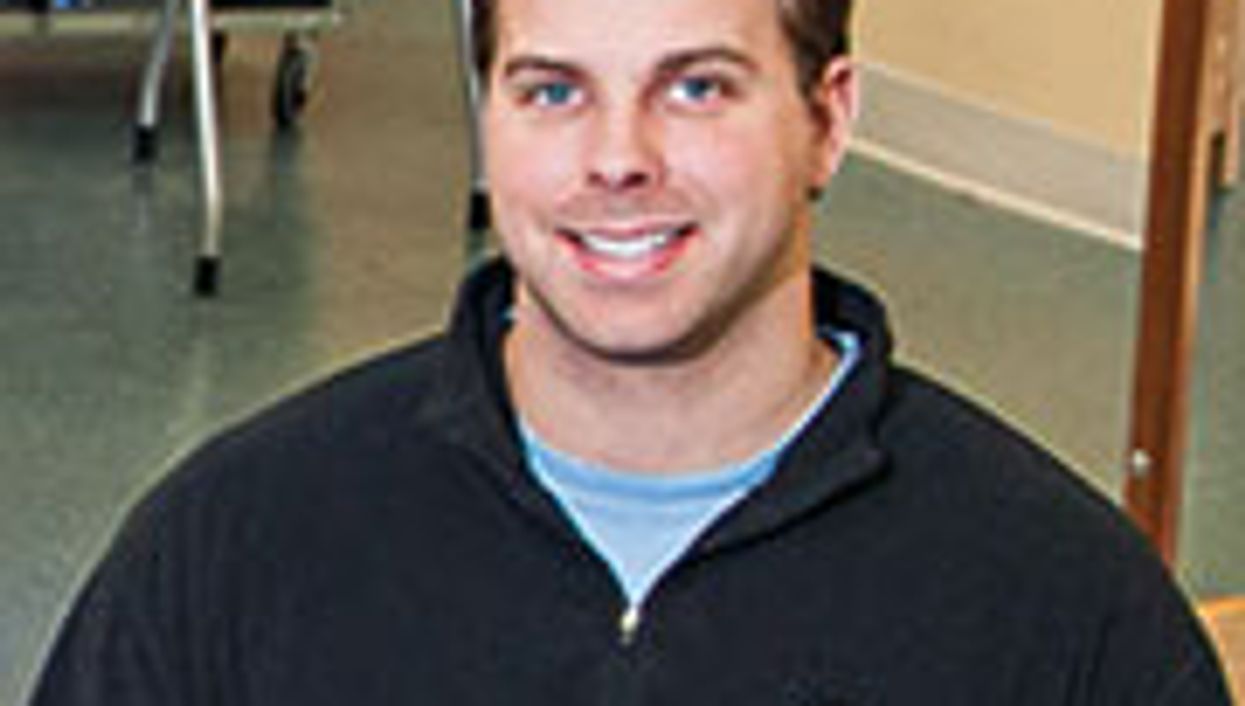 TUESDAY, April 8, 2014 (HealthDay News) -- Four men paralyzed below the waist have regained some movement in their legs after a series of electrodes implanted along their spinal cord reawakened nerves long thought deadened, researchers are reporting.

Electrical stimulation of the spinal cord has given the men the ability to voluntarily flex their toes, ankles and knees, and the strength and precision of their movements has improved over time through intense physical rehabilitation, the researchers said.

"The really exciting news that has emerged from the study is that spinal cord injury may no longer mean a lifelong sentence of paralysis," said Dr. Roderic Pettigrew, director of the National Institute of Biomedical Imaging and Bioengineering at the U.S. National Institutes of Health. "This is a substantial milestone that has been reached."

All participants are now able to synchronize leg, ankle and toe movements in unison with the rise and fall of a wave displayed on a computer screen. Three of the four are able to change the force at which they flex their leg.

The findings were published online April 8 in the journal Brain.

The first man to receive the implants, Rob Summers, can stand unassisted for brief periods of time, following physical rehabilitation that involves standing and stepping while suspended in a harness over a treadmill.

"At this point I can stand, and I can move my ankles, toes, knees, hips," said Summers, 28, who first received the implants four years ago and lives in Portland, Ore. "I can do sit-ups, which is crazy. Today I am doing about an hour of sit-ups without any help."

Researchers said they were most surprised by the improvement shown in two men who had complete motor and sensory paralysis.

Researchers had thought that the sensory pathway needed to be at least partially intact for the men to be able to control the nerves reawakened through electrical stimulation.

"There must be some information getting from the brain past the spinal cord injury to the lower spinal cord that controls the movement of the legs, but the amount of information that's getting across is so small it's not enabling the patient to move," explained study co-author Reggie Edgerton, a distinguished professor of integrative biology and physiology at the University of California, Los Angeles. "The stimulation increases the excitability of the spinal circuits, enabling the person to perform some of these movements."

At this point, the electrical stimulator must be on for the men to be able to move. "One of the individuals can move sometimes without the electricity, but it's not as fine and not as strong," said senior study author Susan Harkema, director of rehabilitation research at the Kentucky Spinal Cord Injury Research Center at the University of Louisville.

The research revolves around a spinal cord stimulation unit that sends a constant stream of energy into the spinal cord through an array of 16 electrodes implanted beneath the bone of the spine, Harkema explained.

Summers received the implants in December 2009. The goal, said researchers, was to increase the sensitivity of local circuits within the spinal cord that carry out basic motor functions without input from the brain.

The stimulator worked as planned, with Summers' feet and quadriceps moving on their own. "It feels like pins and needles, like if you fell asleep on your arm and then your arm started to wake back up," he said.

The immediate results startled researchers. "The first experiment, he actually moved his toes and his legs," Harkema said. "We really had to rethink how a human being controls movement."

Part of the sensory pathway in Summers' legs was still intact after he was paralyzed in July 2006 when a car hit him as he stood in his own driveway. "He still had some feeling there, so we knew there was still a connection to the brain," Harkema said. "There were still some signals there."

So they tried the implants on three more men, including two receiving no sensation from their legs. All moved the first time they turned on the electrical stimulator, Harkema said, and within days were able to control some movement.

The main point, Edgerton said, "is in four out of four subjects we've observed something that 99.9 percent of the scientists or anyone else would say could not have occurred. This tells us there is new potential within the spinal cord we have yet to take advantage of."

What's more, all of the men had been paralyzed for longer than two years. "We have shown the plasticity of the brain and the spinal cord is not limited to the first six to 12 months after the injury," Edgerton said. "It can persist for years."

The next steps are to improve the technology behind the electrical stimulator and to test more patients, Harkema said. The NIH and the Christopher & Dana Reeve Foundation partly funded the treatment for the first four patients, and researchers are looking for funding to provide implants for dozens more.

"I think if we could do 30 to 40 more, that would really open the evidence of how clinically relevant this is," she said.

In addition, the current results were gained using a device originally developed to help people control pain, Pettigrew said. Researchers want to develop a next-generation model specifically to create mobility in paraplegics -- perhaps even one with electrodes placed on the skin, so no surgery is required.

Summers believes this research will eventually allow him to walk.

"My ability to stand continues to get stronger and more independent," he said. "I absolutely believe 100 percent that mobility and functionality is right around the corner."