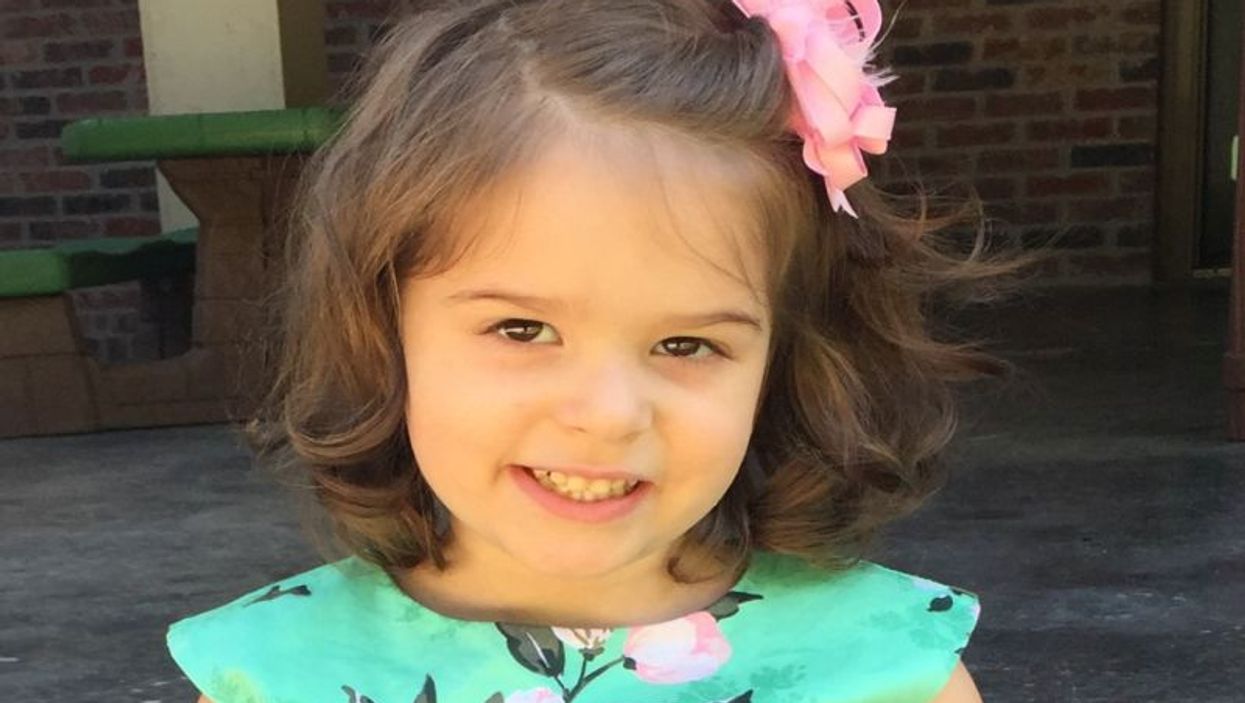 THURSDAY, July 20, 2017 (HealthDay News) -- In one of the first such confirmed cases, an Arkansas toddler who suffered severe brain injury after nearly drowning has had that brain damage reversed, using a new treatment.

The treatment is known as hyperbaric oxygen therapy (HBOT). It exposes a patient to pure oxygen within the confines of a carefully controlled pressurized chamber. During the therapy, the body gets three times the normal amount of oxygen, according to the U.S. Food and Drug Administration.

The saga began with every parent's nightmare. Just one day shy of her 2nd birthday, Eden Carlson nearly drowned in the family pool. The little girl was found floating face down, unresponsive. Alive, but just barely.

"It took 100 minutes of CPR at both the house and the emergency room to get a return of circulation," he said. "And when they did, she had lab values that you rarely see in a living human being."

MRI scans revealed significant brain injury. Her brain had started to shrink. She was losing both gray matter -- critical to muscle control, sensory perception and speech -- and white matter, the network of central nervous system wiring that makes up the lion's share of the brain.

Over the next two months, Eden progressively lost muscle control as well as her ability to speak, walk and respond properly to commands.

The tide only started to turn at the two-month mark, when under the guidance of Harch, Eden started undergoing HBOT, the therapy that he describes as the "most misunderstood therapy in the history of science."

One reason hyperbaric oxygen therapy has been met with skepticism is that it's been difficult to explain how this treatment works, he said.

But several recent studies involving adult acute injury patients have indicated that even a single session of HBOT can have an immediate impact on the activity of thousands of genes critical to the promotion of tissue recovery, Harch explained.

What that means, he said, is that "every time you [have HBOT], we are manipulating gene expression in a beneficial way, inhibiting cell death and inflammation while promoting tissue growth and repair."

Although many hospitals offer hyperbaric oxygen therapy in the United States, Arkansas Children's Hospital -- where Eden was first treated -- is not among them.

So after establishing a preliminary oxygen exposure regimen at the family home, Harch -- who serves as director of hyperbaric medicine at the University Medical Center of Louisiana State University School of Medicine -- had the girl brought down to New Orleans.

Seventy-eight days after nearly drowning, Eden began hyperbaric oxygen therapy. She ultimately had 40 sessions. They lasted 45 minutes each and were spread over five days a week.

With each session "she made quantum improvements," Harch noted.

He said Eden's mother reported that by the 10th round, her child appeared to be "near normal."

"She was able to walk again," said Harch. "Her language development accelerated and ended up improving to the point that it was better than it had been before the accident."

And subsequent MRI scans confirmed what Harch suspected: "the shrinkage of her brain had almost completely re-grown," he said.

"And that is almost never seen," he added. "But you have a growing child, a hormone-rich brain and stimulation in this setting. And the result is that we were able to demonstrate an obvious and large re-growth of brain tissue that is inarguably the result of this therapy."

As miraculous as Eden's experience was, it's important to note that it's just a single case-report. This one case cannot prove that hyperbaric oxygen therapy would work for others in similar situations.

Still, Harch believes the therapy could be useful, and he doesn't believe this positive outcome is age-dependent.

"Age is not the issue. What matters is when you intervene. The sooner the better," he said.

"In fact, there are now four other trials that have come out, all in adults, that indicate that you can reduce the death rate of acute brain injury patients by nearly 50 to 60 percent if you apply this in the first week after injury," Harch continued.

"So I want to encourage doctors to look at this therapy," he said. "The downside is so minimal. But the potential benefit is incredibly encouraging."

The FDA says the risks of hyperbaric oxygen therapy vary from mild, such as sinus pain and ear pressure, to very serious, such as paralysis or air embolism (a gas bubble trapped in a blood vessel).

The case-study was reported recently in the journal Medical Gas Research.

There's more on hyperbaric oxygen therapy at the U.S. Food and Drug Administration.