Donations will be used to study CTE, other conditions linked to repetitive head trauma 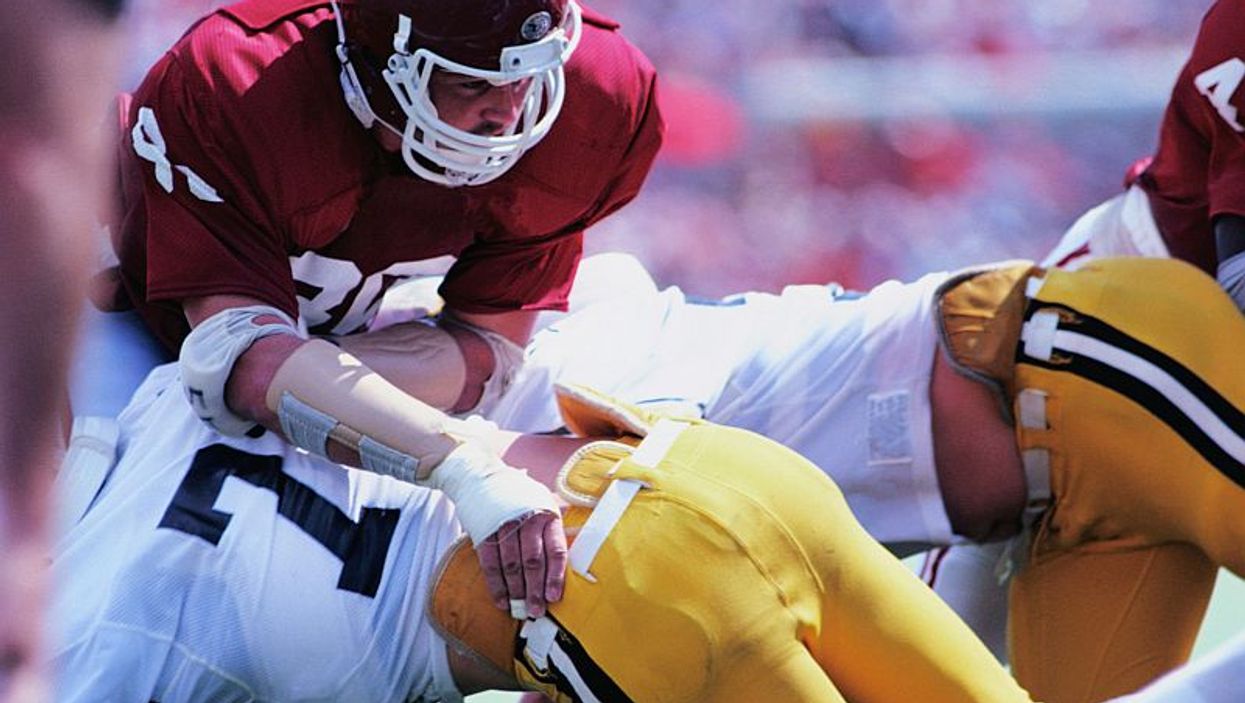 FRIDAY, Feb. 3, 2017 (HealthDay News) -- Thirty former NFL players have joined the growing number of retired players who have pledged to donate their brains to research on a devastating brain disease that has been linked to the repetitive head trauma.

Scientists believe that multiple concussions, or even less severe blows to the head, may trigger chronic traumatic encephalopathy (CTE), a degenerative brain condition, according to the Concussion Legacy Foundation.

Numerous NFL players have been diagnosed with CTE after their deaths. Performing an autopsy is the only way to definitively diagnose the condition, the Boston-based foundation explained in a news release.

Last month, a $1 billion concussion lawsuit settlement for former NFL players was upheld by the U.S. Supreme Court despite legal challenges from some retired players.

The ruling means that payouts can begin to former players who develop long-term brain problems due to head injuries suffered while in the league.

"I can't imagine why anybody that played the game and that cares about the guys and the kids that are starting to play the game now, wouldn't donate," Randy Cross said in explaining his decision to donate his brain to research. Cross is a three-time Pro Bowl offensive lineman who played for the San Francisco 49ers from 1976 to 1988.

"I would urge everybody that's ever played the game to do it," the College Football Hall of Famer added.

"As we start to see the effects of football, we want to learn more," Springs said. "Why wouldn't I give my brain to help with the research so people can become more educated and more aware?"

Mel Farr Jr. is also among the former NFL players who have just pledged to donate their brains to research on head trauma. Farr played one season for the Los Angeles Rams. His decision came just days after his family disclosed on ESPN that his father, Detroit Lions Pro Bowl running back Mel Farr Sr., had advanced CTE when he died in 2015, the foundation said.

CTE affects more than football players, the foundation noted. A total of 1,467 former athletes, from all sports backgrounds, and military veterans have pledged to donate their brains to the foundation over the past nine years. Soccer great Brandi Chastain and NASCAR driver Dale Earnhardt Jr. have also made this pledge.

In 2008, the foundation created a brain bank in cooperation with Boston University and the U.S. Department of Veterans Affairs. It is now the world's largest CTE brain bank that has a particular focus on concussion, ALS and other conditions linked to brain trauma. To date, 385 brains have been donated, of more than 240 have been confirmed to have had CTE.

"Pledging to donate your brain is a fantastic way for current and former athletes to contribute to brain trauma research," said Chris Nowinski, co-founder and CEO of the foundation.

"Brain bank research is an essential step in learning to prevent and treat CTE, and [it] has provided insights that have launched multiple studies at the Boston University CTE Center focused on developing diagnostics and therapeutics," Nowinski added.

The U.S. Centers for Disease Control and Prevention provides more information on concussion.