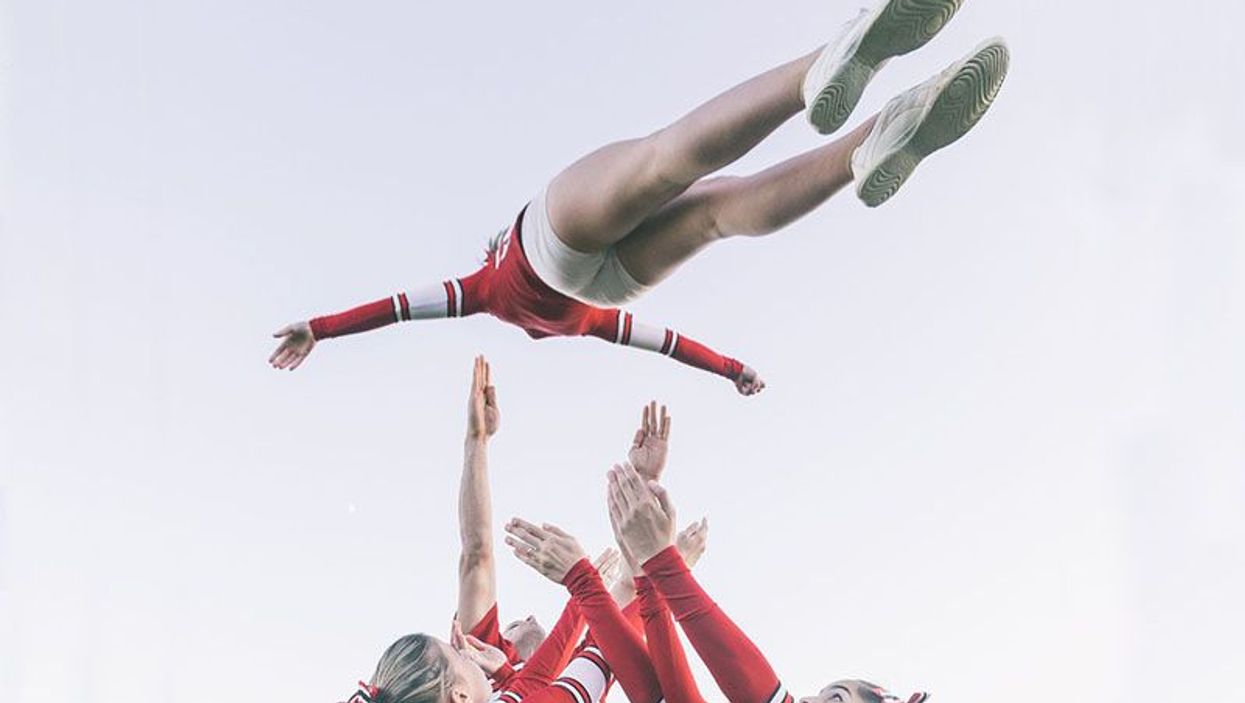 But cheerleading still ranks near the bottom of high school sports in terms of overall injury rate, according to the research, published online Dec. 10 in the journal Pediatrics.

"Anecdotally, it's pretty clear to most people over the past few decades that cheerleading has shifted from a sideline activity to a competitive sport itself. This may have resulted in an increase in injury," said study author Dustin Currie, a doctoral student in epidemiology at Colorado School of Public Health at the University of Colorado Anschutz Medical Campus.

"We only have five years of data ... but I don't know whether to say it's better for cheerleading to not become a more competitive sport," he added. "If it's getting more children to participate in athletics, it's probably a net positive."

About 400,000 students in the United States participate in high school cheerleading each year, including more than 123,000 involved in competitive "spirit squads" that incorporate stunts, pyramids, tosses and jumps, according to the U.S. National Federation of State High School Associations.

But states classify cheerleading in various ways, with some defining it as a sport and others lumping it with other nonathletic extracurricular activities, Currie said. The distinction is important because defining it as a sport requires stricter rules regarding practice location and other safety measures, as well as coaching certification requirements, he said.

The new study is the first to compare injury rates of high school-sanctioned cheerleading to other sports. Using a large national sports injury database, Currie and his colleagues found that while overall injury rates among cheerleaders were lower than most other high school sports, the injuries that do occur are more severe.

Cheerleading ranked behind only gymnastics in the percentage of injuries resulting in an athlete being benched for at least three weeks or even the entire season, according to the new research.

These dangers were also underscored in a 2012 policy statement by the American Academy of Pediatrics noting that cheerleading has accounted for about 66 percent of all catastrophic injuries in high school girl athletes over the past 25 years.

"There's been a pretty strong rise in concussion rates over the last decade in pretty much all high school sports," Currie said. "I think that's partially due to the increased awareness and diagnosis of concussions occurring. So I wouldn't say I'm surprised ... and the more important thing to point out is that concussion rates are still lower in cheerleading than other sports."

More than half of cheerleading injuries occurred during stunts, with pyramid formations constituting 16 percent and tumbling accounting for 9 percent. Most stunt- and pyramid-related concussions resulted from contact with another person, most commonly their elbow, the study said.

Cheerleaders at the base of formations for stunts and pyramids represented 46 percent of all injuries, followed by fliers (36 percent) and spotters (10 percent).

Dr. Cynthia LaBella, medical director of the Institute for Sports Medicine at Ann and Robert H. Lurie Children's Hospital of Chicago, said more research is needed not only into what kinds of injuries occur among cheerleaders but whether certain safety measures are effective. These include using proper spotting techniques and making sure coaches are certified, she said.

"I don't know that it's a bad thing that cheerleading has changed," said LaBella, also an associate professor of pediatrics at Northwestern University Feinberg School of Medicine in Chicago. "It has evolved, but we just need to make sure the procedures on how we monitor injuries and athletes' skills ... evolve with it. Now there are high-flying stunts, but we need to respect that and have all the safeguards in place that would be in place for other risky sports."

Currie said one way to potentially reduce cheerleading injuries would be for all states to consider cheerleading a sport and recognize that the "vast majority of high school cheerleaders are athletes" requiring the support of athletic trainers and other appropriate medical staff.

"States need to think about it in terms of cheerleaders being athletes, as they are now, rather than some recreational activity on the sidelines," he said.

The American Association of Cheerleading Coaches and Administrators offers a glossary of cheerleading stunts and rules.