See What HealthDay Can Do For You
Contact Us
October 17, 2017

Who's Most at Risk of Head Injury in Youth Football? 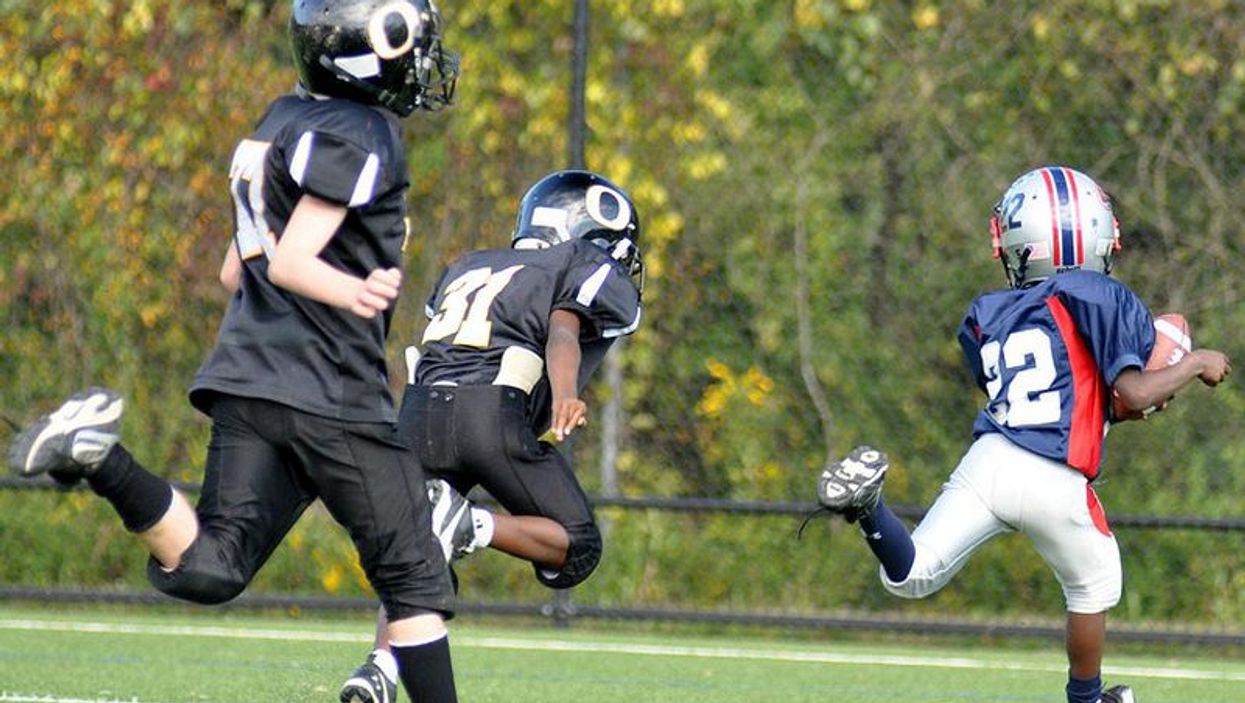 TUESDAY, Oct. 17, 2017 (HealthDay News) -- Young football players are more likely to experience a brain-jarring hit to the head if they're part of a team's running and passing game or a fast-moving defender, a small study found.

High-magnitude head impacts most often involve positions such as quarterback, running back and linebacker as those players sprint across an open field, Virginia Tech researchers concluded after watching a season of youth football in Blacksburg, Va.

These players experienced nearly twice the number of severe head hits as linemen did, the study reported.

"Players who are able to get up to speed prior to impact, players who are off the line of scrimmage, those players are more likely to experience a high-magnitude head impact," said lead researcher Eamon Campolettano. He is a graduate research assistant at the university's department of biomedical engineering and mechanics.

Campolettano and his colleagues classified high-magnitude impacts as those amounting to greater than 40 times the force of gravity -- or 40g.

About 8 percent of the head impacts that occurred during youth play and practice were hard enough to be classified as high-magnitude, the researchers found.

One neurologist put that into perspective.

"That's equivalent to getting punched in the head by a boxer," said Dr. David Dodick, a professor of neurology with the Mayo Clinic in Scottsdale, Ariz. "No one would want their 9-year-old or 11-year-old punched in the head or involved in a boxing match, but that's the kind of force some of these kids are exposed to regularly."

About 70 percent of football players in the United States are elementary and middle school students, the researchers said in background notes.

All the players were given football helmets containing sensors that measure the force of an impact, Campolettano said. The researchers also videotaped each game so they could review how each head impact unfolded.

During the youth season, the participating players endured 7,590 head impacts, out of which 571 exceeded 40g.

Overall, high-magnitude impacts in the open field accounted for about 59 percent of all severe head knocks during games and 67 percent of those that occurred during practice, the study reported.

High-magnitude impacts occurred more often during games than during practice sessions for both teams.

"I guess that's not terribly surprising because the game situation is much more intense, with probably more speed and more physical contact," Dodick said. "When you're playing a scrimmage amongst your own teammates, you're less likely to want to hit them hard than you are when you're playing another team."

However, the researchers are concerned that because practices occur more often, they subject players to more opportunities to receive head impacts.

"These kids are practicing three to four times as often as they're playing the game," Campolettano said. "If you really want to reduce head impact exposure, that effort could really be driven by changes at the practice level."

Although only one player suffered a diagnosed concussion during the season, studies have indicated that multiple sub-concussive impacts could add up to long-term damage to the brain, Dodick and Campolettano said.

Youth football could be made safer if practices were strictly non-tackle or heads-up tackle, and if trained coaches were brought in to teach proper technique to young players, Campolettano said.

"We're seeing evidence the younger you expose kids to that kind of contact, the more likely it is they will have both psychiatric and neurological consequences down the road," Dodick said. "These brains are developing. Kids this age are forming new connections in their brains all the time. If those connections are disrupted, that's going to have consequences for these kids."

The study was published Oct. 17 in the Journal of Neurosurgery: Pediatrics.

For more on tackling in youth football, visit the American Academy of Pediatrics.