See What HealthDay Can Do For You
Contact Us
November 19, 2019

They Had Half Their Brains Removed. Here's What Happened After 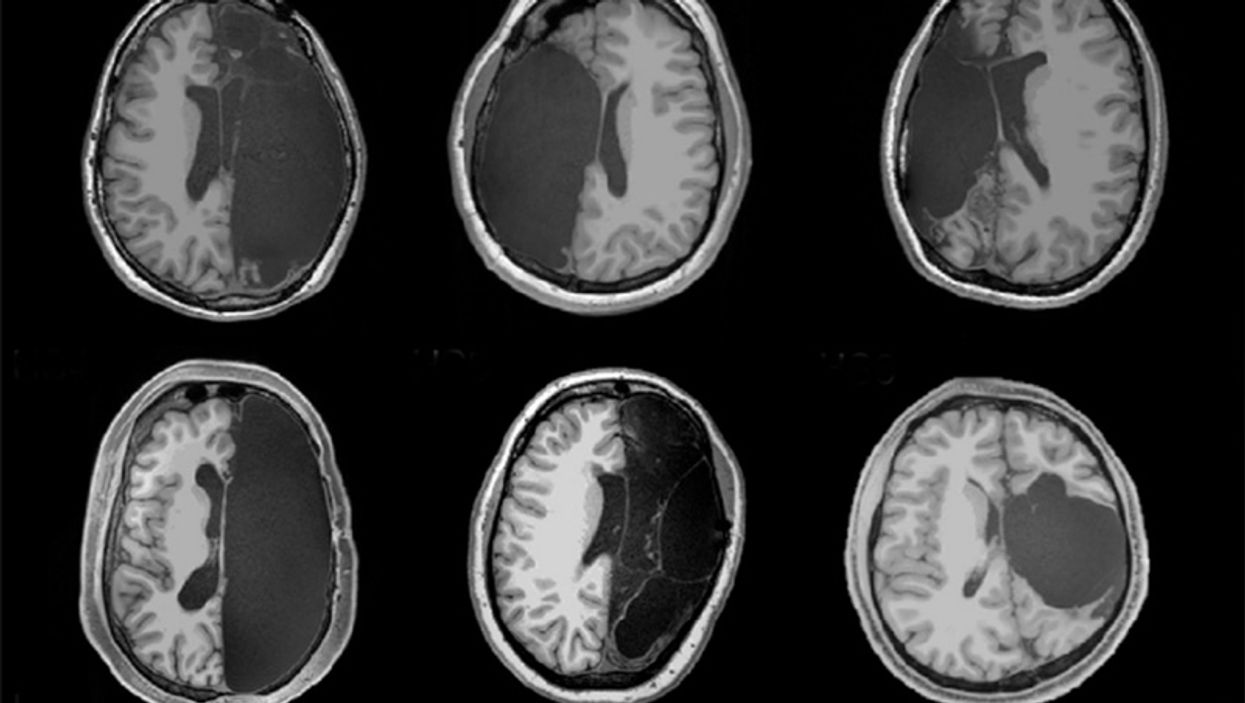 TUESDAY, Nov. 19, 2019 (HealthDay News) -- Many people think of their brain as an overstuffed attic. Every square-inch is either crammed with information or working overtime to help the body function properly. So is it even conceivable that a person be normal with just half a brain?

Yes, apparently it is, according to a new analysis that assessed brain health among six adults who had undergone a hemispherectomy as children. The highly invasive surgery, which entails removal or severing of half the brain, had been part of a pediatric epilepsy treatment to reduce seizure risk.

"The people with hemispherectomies that we studied were remarkably high-functioning," study author Dorit Kliemann said in a statement. "They have intact language skills. When I put them in the [brain] scanner, we made small talk, just like the hundreds of other individuals I have scanned," she explained.

"You can almost forget their condition when you meet them for the first time," added Kliemann, who is a post-doctoral scholar in cognitive neuroscience at the California Institute of Technology, in Pasadena.

Kliemann and her team noted that the six patients in the study had all struggled with relentless epileptic seizures from a very early age, with one patient initially struck by seizures just minutes after birth.

Hemispherectomies are typically performed as a means to bring such "intractable" epilepsy under control, the team explained. The aim is to isolate whichever half (or hemisphere) of the brain is affected by the disease. That can mean either actual removal of the problematic half of the brain or a cutting off of all physical connections between the two halves.

All of the patients had undergone full removal of half their brain. The youngest patient was just 3 months old at the time of surgery, while the oldest had been 11. Four involved excision of the right side of the brain, while two had the left side removed.

Now in their 20s and 30s, the six patients agreed to undergo functional MRI brain scans while awake at the Caltech Brain Imaging Center.

Results were then stacked up against those of six healthy adults who also underwent scans, and with data previously collected on nearly 1,500 healthy adults (average age of 22).

Because brain networks devoted to a single regulatory function often span both hemispheres of the brain, the team expected to see weaker neural activity among the hemispherectomy patients. That was not the case.

In fact, scans revealed normal in-network communication and activity function. And communication running between different regulatory networks was actually found to be stronger than normal among hemispherectomy patients.

The findings were published online Nov. 19 in the journal Cell Reports.

Dr. Joseph Sirven, a professor of neurology with the Mayo Clinic in Florida and editor-in-chief of Epilepsy.com, said the findings did not strike him as entirely surprising. He said he often sees patients functioning at a very high level post-hemispherectomy.

"But what surprises me is the degree of compensation that was noted," added Sirven, who was not part of the study team.

"And if we could figure out the way that the brain compensates in this dramatic setting, and harness this compensatory mechanism for patients affected by stroke, traumatic brain injury or other conditions, that would be a very big deal," noted Sirven, who is also a Fellow at the American Academy of Neurology.

That thought was echoed by Kliemann. "As remarkable as it is that there are individuals who can live with half a brain, sometimes a very small brain lesion -- like a stroke or a traumatic brain injury or a tumor -- can have devastating effects," she noted.

That is why it's so important to get a better understanding of exactly how the brains of hemispherectomy patients managed to reorganize and compensate for the loss of half a brain, Kliemann said. Because doing so could eventually lead to new "targeted intervention strategies" to help other types of patients struggling with the debilitating effects of a variety of brain injuries, she theorized.

Caltech's Brain Imaging Center supplied this video showing MRI scans of the brain of one patient who underwent hemispherectomy. Scan "slices" from the top to the bottom of the brain are shown:

There's more about hemispherectomy at the Epilepsy Foundation.