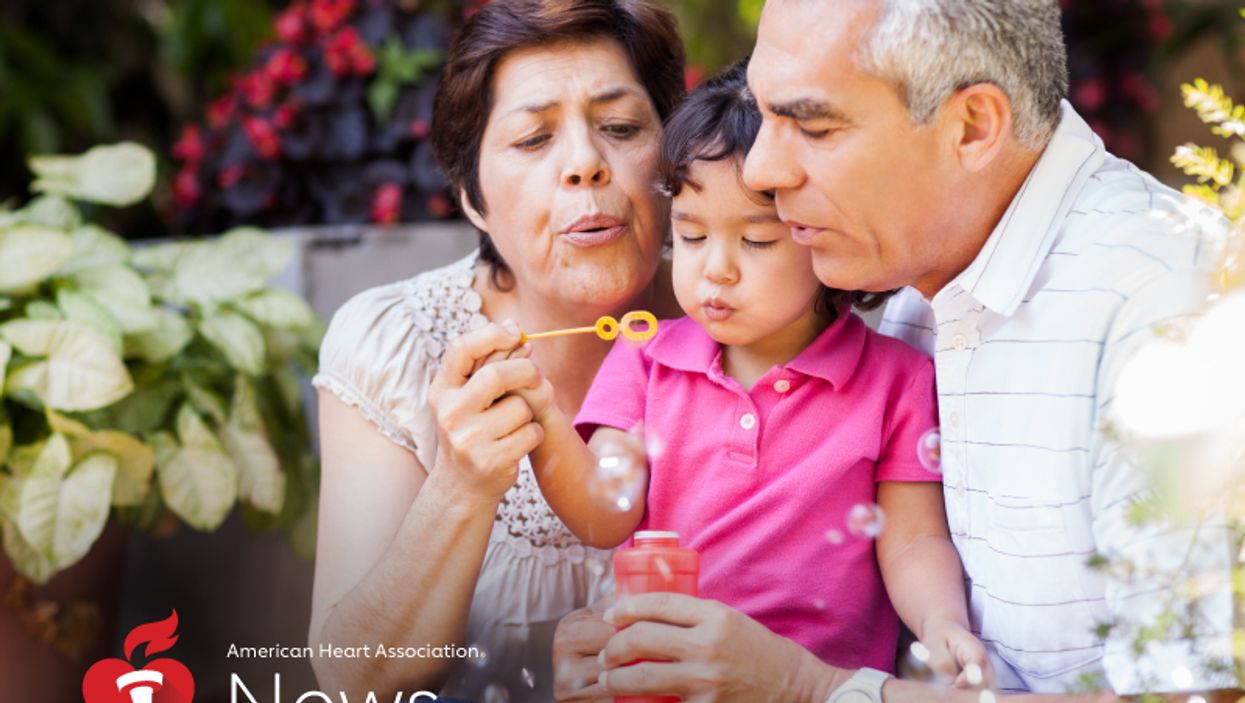 THURSDAY, Oct. 3, 2019 (American Heart Association News) -- The Hispanic population over 65 will nearly quadruple in the next 40 years, eventually representing nearly 1 in 5 older Americans. And growing alongside the population will be the daunting challenge of age-related dementia.

But unlike some other population groups, there may be more they can do to try and prevent it.

The disparity stems from the different causes of Alzheimer's disease, the most common type of dementia that affects nearly 6 million Americans, according to the Alzheimer's Association. While doctors don't know yet how to prevent or cure Alzheimer's, that is not the only factor.

"Alzheimer's is only one of many causes of dementia and cognitive impairment, and people don't always understand that," said Dr. José Biller, chairman of the department of neurology at Loyola University Medical Center in Chicago. "There are dozens of types of dementia."

Many of them are classified as vascular dementia, which is caused by impaired blood flow to parts of the brain, whereas Alzheimer's is linked to proteins that disrupt and destroy brain function. The symptoms of cerebrovascular disease range from confusion and memory loss to agitation and depression, and they tend to get worse as the disease progresses, often in combination with Alzheimer's.

That is where the ethnic differences come into play, said Dr. Charles DeCarli, professor of neurology at the University of California, Davis, and director of its Alzheimer's Disease Center.

DeCarli led a study published earlier this year in the Journal of Alzheimer's Disease suggesting that while Alzheimer's is more prevalent among whites with dementia, Hispanics who have dementia are more likely to suffer from cerebrovascular disease than their white and African American peers.

Researchers at UC Davis analyzed brain tissue from 423 autopsies of people who had been diagnosed with dementia. Although the sample was small and not proportional to the general population – 28 were Hispanic, 35 black and 360 white – the contrasts were clear:

Biller was hesitant to draw too many conclusions. "This is based on a limited number of people. And you have to realize that the Latino population in the U.S. is very heterogeneous. There are more than 25 subgroups by country of origin.

"But it's interesting and intriguing," he said. "We do know from many studies that this population has a higher prevalence of diabetes, high blood pressure and obesity. Therefore, the observation they have an increased likelihood of cerebrovascular disease may be related to the higher prevalence of these major risk factors."

And that, both doctors said, is the silver lining.

"These factors that may contribute to cognitive decline are under your control," Biller said.

"This is a real opportunity," DeCarli said. "If we engage the people of color in the United States to better manage their vascular risk factors through things like exercise, better diet and medication, I think not only will we get rid of the disparity between the populations in the prevalence of dementia, but we might actually reduce the incidence.

"This should be our public health message," he said. "Good cardiovascular health is good brain health."