Luminaries from politics, Hollywood and Wall Street show the condition can be overcome 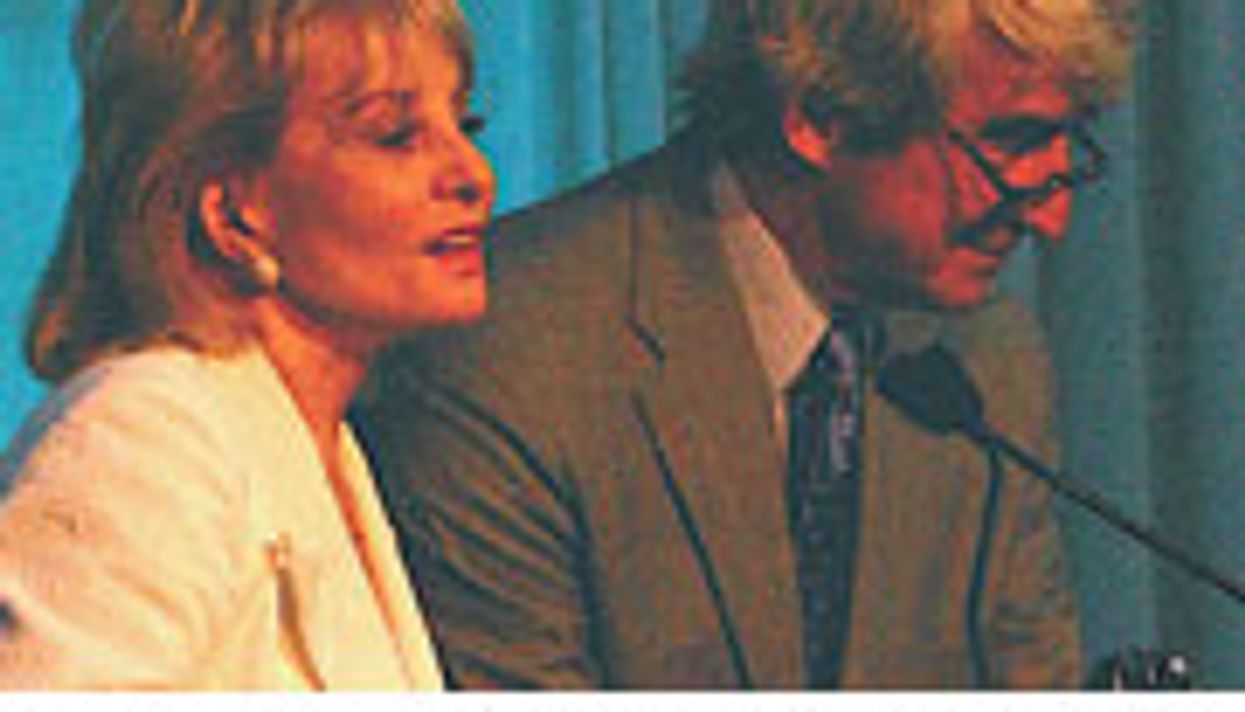 FRIDAY, June 12, 2009 (HealthDay News) -- Stars from the world of entertainment and finance spoke out at a gala benefit this week in New York City with one goal in mind: to help lift the stigma around stuttering, and to further research into a condition affecting millions of Americans.

The success of some former stutterers attending or mentioned at the American Institute for Stuttering (AIS) event was testimony in itself that the condition can be overcome. The night's emcee, Law & Order actor Sam Waterston, relayed a message from one such prominent figure.

Waterston read from a letter from Vice President Joe Biden, a former stutterer who spoke at last year's gala, when he received the AIS's Leadership Award for his advocacy on the condition.

"Overcoming a stutter can be difficult, and the daily struggle created by the challenge can seem overwhelming," Biden wrote. "However, I am confident that with the help of organizations like this ... great possibilities lie ahead for the nearly 3 million people affected by stuttering."

Waterston, who has no history of stuttering, said the night was designed "to raise awareness of this often misunderstood disorder." He later welcomed to the podium renowned journalist and author Barbara Walters, who movingly described her sister's long struggle with stuttering.

The spotlight also fell on British film actress Emily Blunt and the New York City-born TD Ameritrade brokerage mogul Joe Moglia, both of whom found themselves in a personal struggle with stuttering from an early age. Blunt and Moglia were each honored with this year's AIS Leadership Awards.

"I'm here because I want to put across that it's nothing to be ashamed of to have a stutter," said Blunt, 26, perhaps best known for her work alongside Meryl Streep in the 2006 movie The Devil Wears Prada.

While accepting her award, an emotional Blunt -- whose grandfather, uncle and cousin also stuttered -- told the audience that her own battle with stuttering was hard to describe or define, but that during adolescence it felt like "a mental mountain that I was being crushed by."

Nevertheless, Blunt said that she was ultimately able to "grow out of it," partially with the help of an osteopath and improved breathing techniques, but primarily by an accident of fate (spearheaded by an encouraging drama teacher) that led her to the stage, where taking on characters and accents seemed to enable stutter-free speech.

"So I want to make it clear that however much it might feel like a disability, you are not alone," she stressed. "And the success rate with treatment today -- with the help of organizations like AIS -- is extraordinary. So there is absolutely, 100 percent, a light at the end of the tunnel for anyone who stutters."

The AIS is the only non-profit organization in the United States dedicated to promoting public and scientific awareness of the condition, while providing cutting-edge treatment to patients, family counseling, and clinical training for medical professionals.

According to the organization, stuttering is a genetic and neurological disorder, rather than a function of anxiety or stress. The condition prompts varying degrees of involuntary vocal cord tightening (depending on the individual patient), as well as difficulty with both breathing and mouth movement.

Although treatable and, in some instances, preventable or even curable if caught early, this physically and often psychologically debilitating condition currently strikes an estimated 60 million people worldwide. It is three times more common among men than women.

"We're finding that early intervention is key," said AIS founder and executive director Catherine Montgomery. "The earlier the better. Even if children are stuttering at 2, they should get the counsel of a specialist in stuttering. It's very important, because the misconception that this is somehow simply an emotional issue is simply not true. It's a genetically based neurological disorder. We know this. And along those lines there is a lot that can be done to help people."

For his part, financier (and former football coach) Moglia said his own battle to overcome stuttering was largely a painful, frightening and private affair that, during his late teens and early 20s, involved hours of practice in front of a mirror, training himself to properly enunciate and project his voice.

"Neither one of my parents went to high school," he said. "Both were immigrants. We never got medical attention or any specific help. So this was something -- when I was in grammar [school] through college -- that meant that I wouldn't raise my hand in public for fear I wouldn't be able to speak."

Moglia noted that his brother also suffered from the condition. It "affects your confidence, your morale, your esprit de corps. It affects the way you think about yourself," he said.

"And frankly, you can't be productive in society if you don't feel good about yourself. So I worked very hard, every day, to control what I think is one of those hidden handicaps that most people aren't aware of or don't take seriously," Moglia explained.

"I hope an event like this helps to make society more aware, number one, that this is not a joke, and it's not appropriate to make fun of people with this condition," Moglia said. "And number two, that there is help and you can learn to control it. I don't know if this is something you can eliminate. But you can control it."

To learn more, visit the American Institute for Stuttering.