Singing May Be Good Medicine for Parkinson's Patients 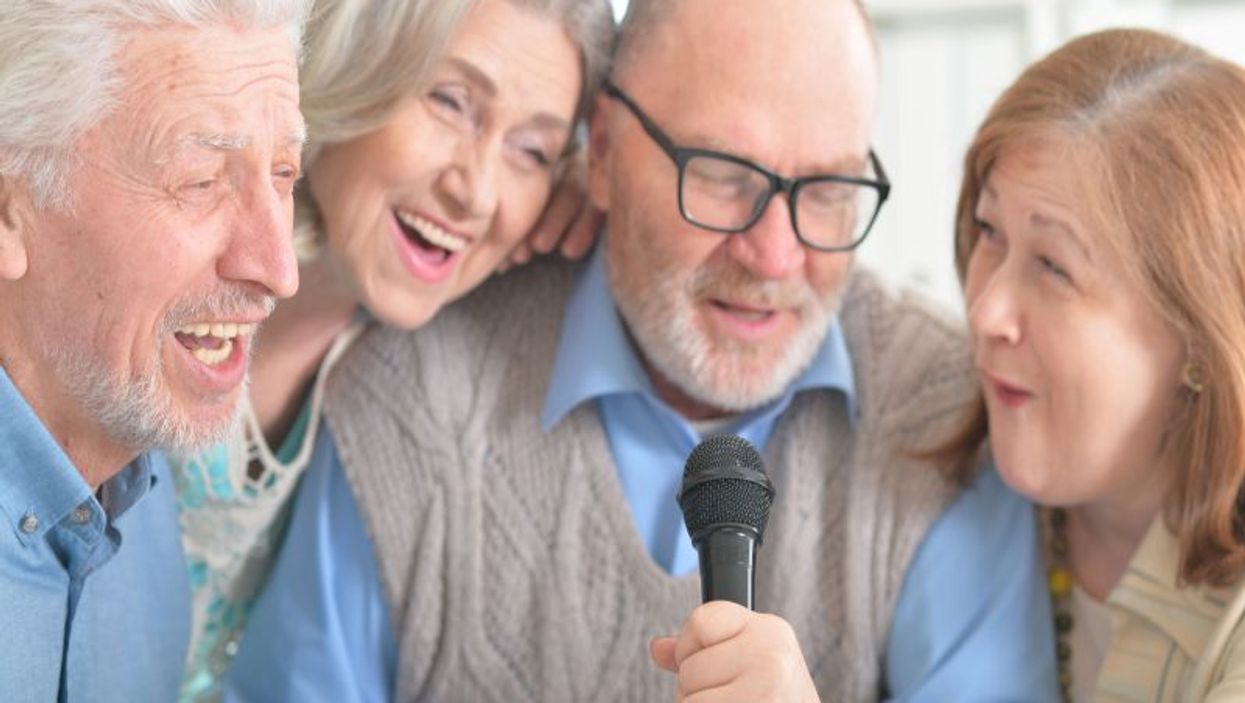 "We're not trying to make them better singers, but to help them strengthen the muscles that control swallowing and respiratory function," said Elizabeth Stegemoller, an assistant professor of kinesiology at Iowa State University.

Stegemoller holds a weekly singing therapy class for Parkinson's disease patients. At each session, participants go through a series of vocal exercises and songs.

"We work on proper breath support, posture and how we use the muscles involved with the vocal cords, which requires them to intricately coordinate good, strong muscle activity," she said in a university news release.

Other benefits noted by patients, their families and caregivers include improvements in mood, stress and depression, Stegemoller said.

Her research was published in Complementary Therapies in Medicine.

Parkinson's disease is a chronic and progressive movement disorder. Nearly one million Americans live with the disease. The cause isn't known, and there is no cure at present. But there are treatment options such as medication and surgery to manage symptoms, according to the Parkinson's Disease Foundation.

Symptoms can include tremors of the hands, arms, legs, jaw and face; slowness of movement; limb rigidity; and problems with balance and coordination.

The U.S. National Institute of Neurological Disorders and Stroke has more on Parkinson's disease.