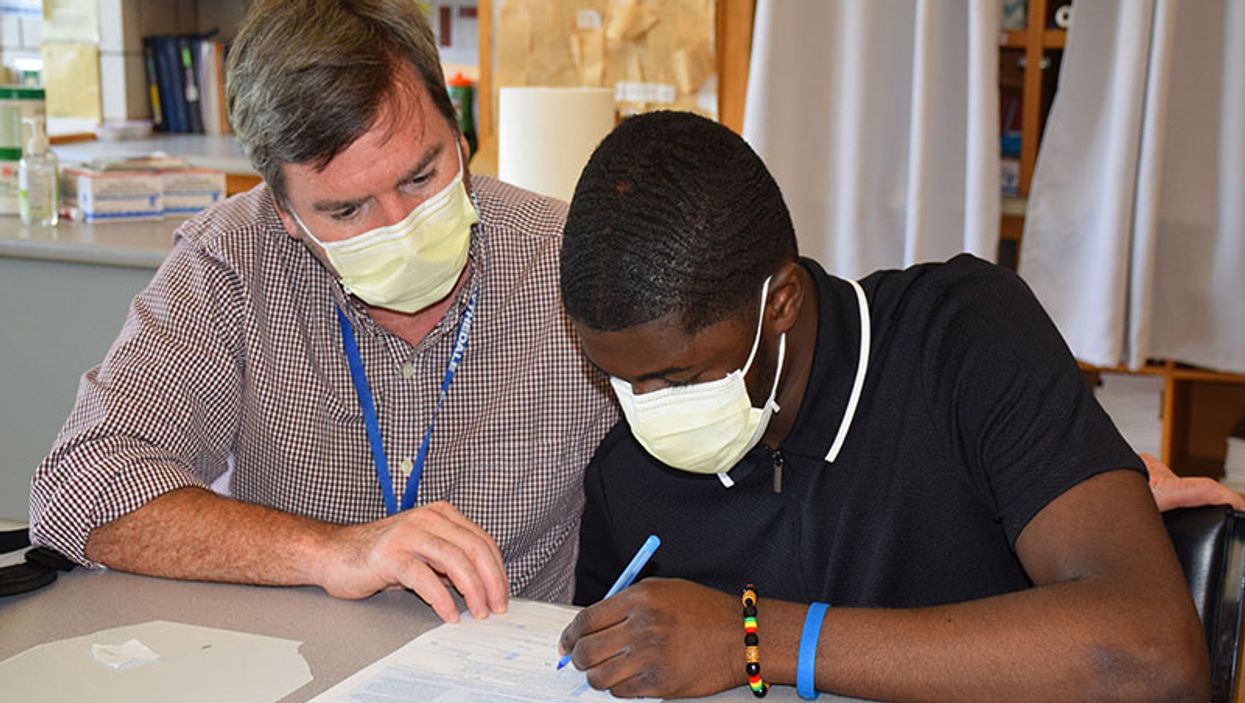 TUESDAY, Oct. 20, 2020 (HealthDay News) -- One thing most people can agree on, even in these divided times, is the importance of voting. And 19-year-old Aboubakar Konate from New York City is no exception.

Despite a brain hemorrhage that left him partially paralyzed in March 2018, Konate plans to make his voice heard this November by casting his very first vote.

"Even when I was a little kid, I would think, 'I have to vote.' I was born here, so I try to use that to my advantage," he said. "Voting is important to me because you have to fight for the change you want to see."

It wasn't always certain that Konate would get his chance to vote, however. When he was 16, he collapsed while playing basketball. He had been a healthy teenager, and the only clue that something was amiss was a headache the night before.

Konate had a brain hemorrhage -- severe bleeding in the brain. It was caused by a condition called arteriovenous malformation (AVM). AVMs are caused by a cluster of abnormal or weakened blood vessels in the brain, according to the American Stroke Association. Because these blood vessels are weakened, they can burst open and bleed.

At the hospital, Konate had to have part of his skull removed to control the swelling in his brain. The hemorrhage left him partially paralyzed on the right side of his body. His ability to walk, talk and eat were all affected.

Three months after he was hospitalized, Konate's became a day patient at Blythedale Children's Hospital in Valhalla, N.Y. He lives at home, but goes to the hospital for the intensive therapies (such as occupational and speech) that helped him relearn how to walk, talk and take care of himself. Blythedale Children's Hospital also offers an on-site school for children receiving care at the hospital.

How is he preparing for voting? Konate said he is researching the candidates and the topics that are important to him, including health care, racial and ethnic inequality, and gun violence.

His speech therapist, Stephanie Sala, a speech and language pathologist at Blythedale Children's Hospital, said, "He has been working on reading the ballot and looking at ballots. A special pen highlights what he's reading and translates it to words. The repetition of looking at the ballot and practicing it will help familiarize him with it."

Konate still has aphasia -- a disorder that can affect the expression or understanding of language, reading and writing, Sala said. For Konate, aphasia means he continues to have difficulty expressing language.

"It's not a matter of intellect, or that he can't comprehend or understand. He has a lot he wants to say, but just needs more time to say it. People have to be patient," Sala explained.

He hasn't yet decided whether he will vote in person or by mail.

Both Sala and Troy remarked on Konate's bright outlook. "He's never lost his sense of humor throughout all of this. He has a beautiful smile," Sala said.

"Aboubakar continues to brighten up everyone's day. He walks around the hospital and makes sure everyone is smiling. He says hello to everyone and wants to know his or her names. I feel like he'll do great things," Sala said.

But first, he'll vote. Asked why voting is important to him, Konate said, "It is a blessing. I feel like I can make a difference."

Learn more about voting, including nonpartisan information on local, state and national races from VOTE411.