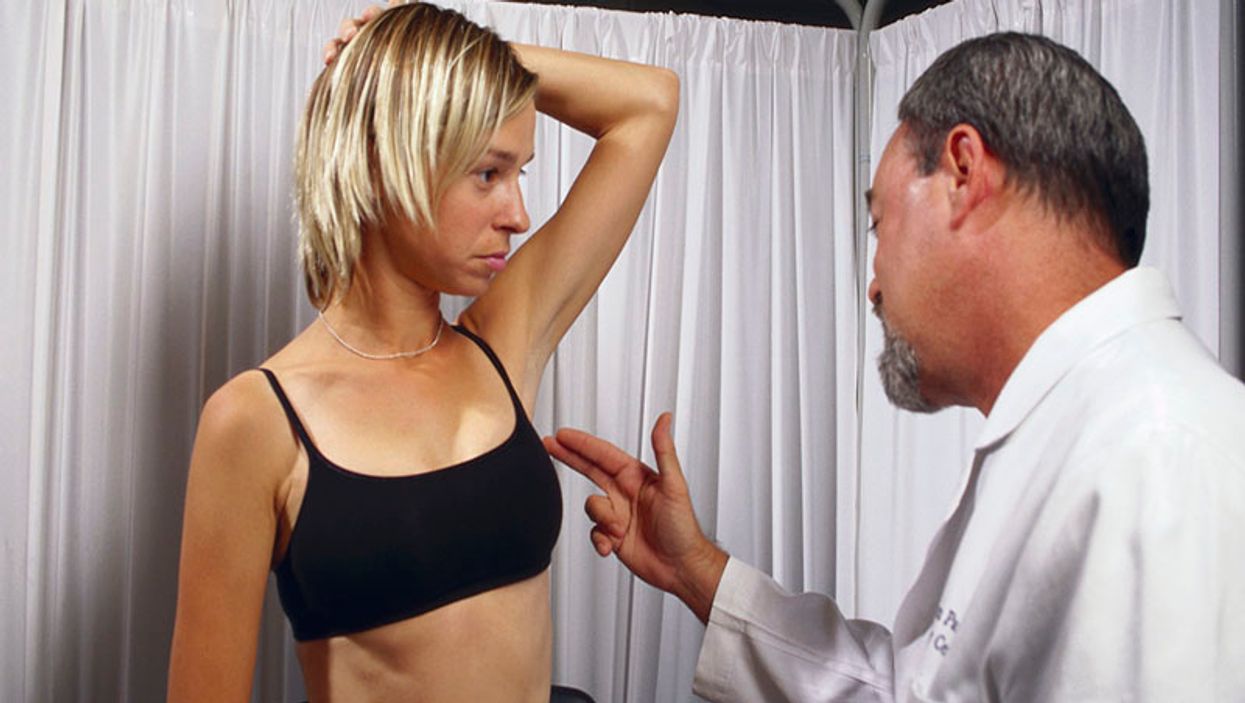 WEDNESDAY, Dec. 4, 2019 (HealthDay News) -- For assessment of breast aesthetics and symmetry, the key focus areas are the lower regions of the breasts and nipple-areola complex, irrespective of the observer's sex, according to a study published in the December issue of Plastic and Reconstructive Surgery.

Piotr Pietruski, M.D., Ph.D., from the Prof. W. Orlowski Memorial Hospital in Warsaw, Poland, and colleagues enrolled 100 observers (50 women and 50 men) to assess the aesthetics and symmetry of eight types of female breasts displayed as digital images on frontal, lateral, and oblique projections. Eye-tracking technology was used to record the gaze pattern of each observer.

The researchers found that sex and breast type exerted an effect on attention capturing by some areas of interest; however, the key characteristics of gaze patterns were essentially the same in female and male observers. The longest fixation duration and highest fixation number were recorded for lower breast regions, in particular the nipple-areola complex, regardless of the observer's sex. For female and male observers, the mean fixation duration in this area corresponded to 58 and 57 percent and 56 and 52 percent of the overall observation time during assessment of breast aesthetics and breast symmetry, respectively.

"The large set of eye-tracking data collected during this study may constitute a valuable reference for similar experiments analyzing the visual perception of female breast attractiveness and deformities," the authors write.