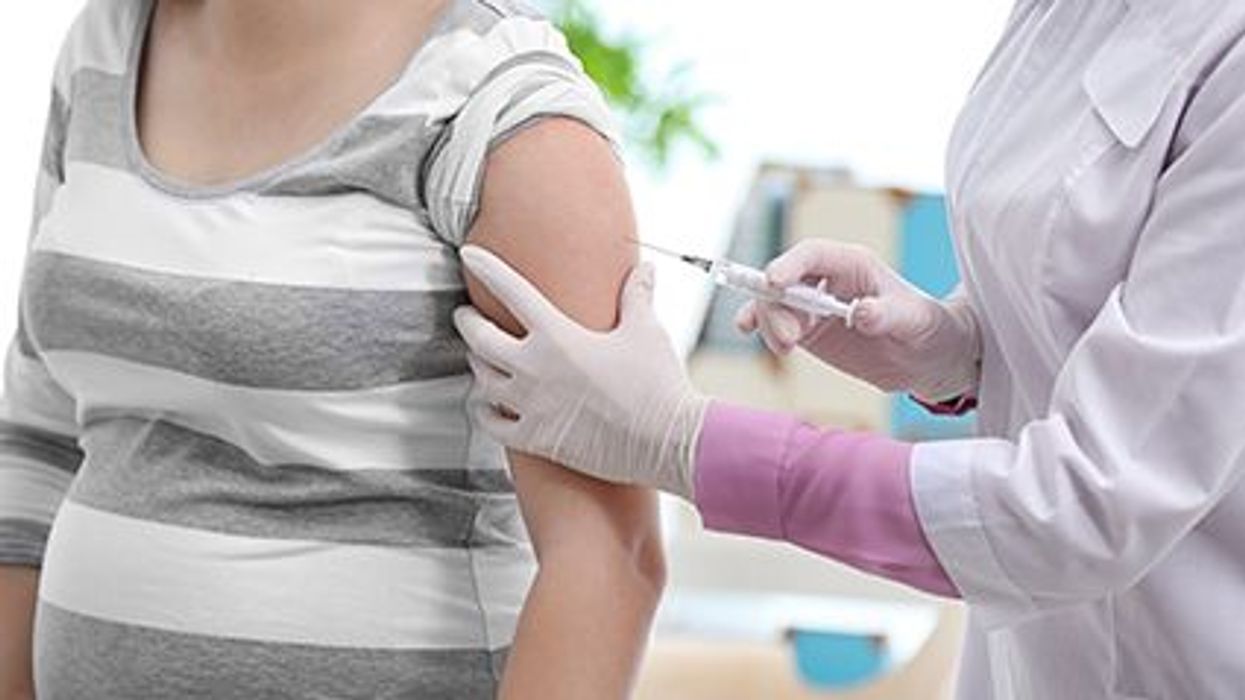 WEDNESDAY, April 7, 2021 (HealthDay News) -- Receiving the COVID-19 vaccine during the third trimester of pregnancy might confer passive immunity to the newborn, according to a study published online March 29 in the American Journal of Obstetrics and Gynecology.

The 27 women delivered 28 infants, and gestational age at first vaccine dose was 33 weeks, with 18 receiving Pfizer, six Moderna, and four unknown. Three-quarters of women (22) received both vaccine doses prior to delivery, with a mean latency of six weeks. The researchers found that more than half of women (15 of 27) and no infants had positive IgM, but nearly all woman (26 of 27) and infants (25 of 28) had positive SARS-CoV-2 IgG at time of delivery. The three infants not having positive SARS-CoV-2 IgG included one set of twins, and both mothers received their first vaccine less than three weeks prior to delivery. The average maternal-to-infant IgG transfer ratio was 1.0, with increased weeks from vaccination until delivery associated with an increased transfer ratio. Similarly, increased latency and having received the second vaccine dose prior to delivery was significantly associated with increased infant IgG.

"This just gives extra fuel for people who are on the fence or just think, 'Maybe I'll wait until after I deliver,'" a coauthor said in a statement. "We strongly recommend [women] get the vaccine while pregnant."