Tooth decay happens, but many cavities take years to develop and can be avoided, study shows 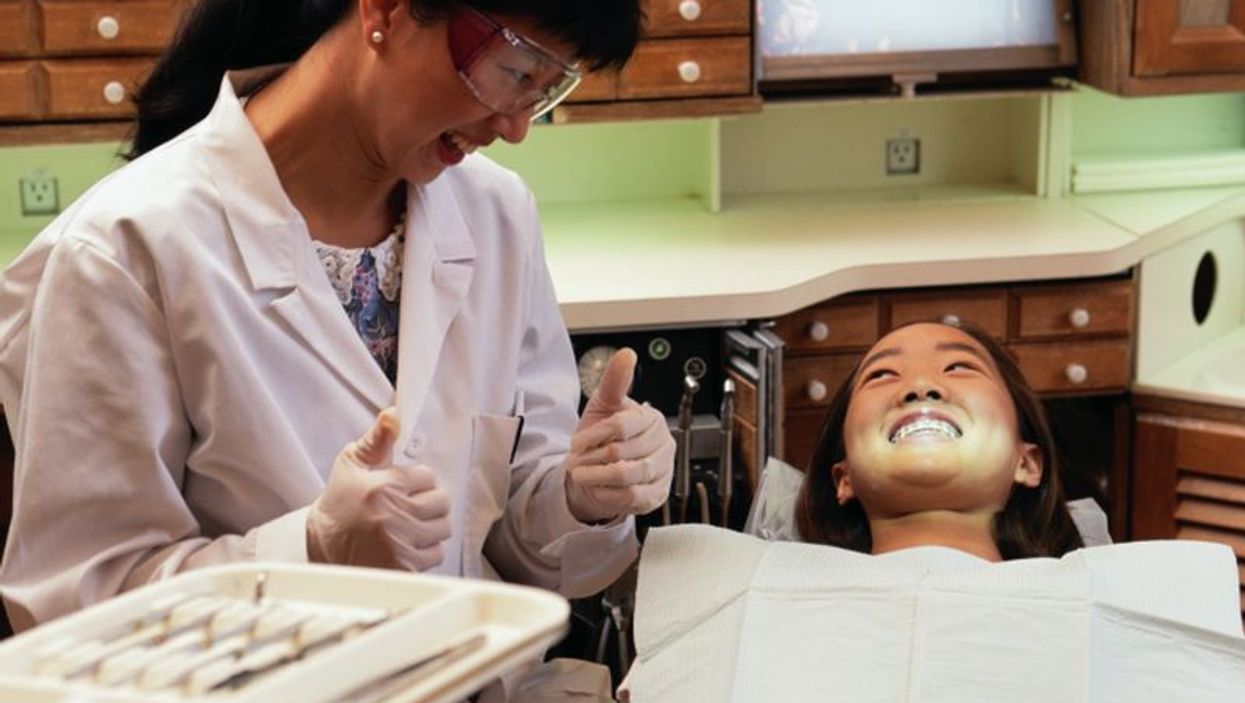 WEDNESDAY, Dec. 9, 2015 (HealthDay News) -- Good news for those afraid of the dentist's drill: New research suggests that a "no-drill" approach can halt tooth decay in many cases.

An Australian team's seven-year study found that the need for fillings fell 30 to 50 percent if patients used preventive care after the first sign of tooth decay.

"It's unnecessary for patients to have fillings because they're not required in many cases of dental decay," study lead author Wendell Evans, an associate professor at the University of Sydney, said in a university news release.

The findings highlight "the need for a major shift in the way tooth decay is managed by dentists," he believes.

Many people believe that even the smallest sign of tooth decay warrants a filling. But Evans said that the decay does not always progress and often develops more slowly than widely believed.

"For example, it takes an average of four to eight years for decay to progress from the tooth's outer layer (enamel) to the inner layer (dentine)," he said. "That is plenty of time for the decay to be detected and treated before it becomes a cavity and requires a filling."

The no-drill approach developed by Evans and his colleagues has four aspects: application of high-concentration fluoride varnish to the site of early tooth decay; attention to home tooth-brushing skills; no between-meals snacks or drinks with added sugar; and regular monitoring.

Tests of this approach on patients at a number of general dentistry practices "showed that early decay could be stopped and reversed, and that the need for drilling and filling was reduced dramatically," Evans said.

But will the dreaded drill become obsolete? Not anytime soon, Evans said, because advanced cavities need filling. Still, "a tooth should only be drilled and filled where an actual hole-in-the-tooth (cavity) is already evident," he said.

Two dentists in the United States said that the no-drill approach does have some merit, and in some cases is already used.

"This is a standard approach for those children identified as high-caries [cavity] risk," said Dr. Paul Crespi, director of pediatric dental medicine at Cohen Children's Medical Center in New Hyde Park, N.Y. "These patients are treated with fluoride varnishes, dietary modification, and therapeutic dental materials that have the capacity to reverse dental caries without placing fillings."

He also noted that in April, the U.S. Food and Drug Administration approved SDF (sodium diamine fluoride), a compound that can reverse or stop "significant" cavities without the need for drilling.

Dr. John Pfail is chair of the department of dentistry at the Mount Sinai Medical Center and Icahn School of Medicine at Mount Sinai in New York City. He agreed that cavity formation in teeth "is an entirely preventable disease through proper oral hygiene and healthy eating habits."

However, he noted that the study did have some flaws. For example, about half of the 22 dental practices originally enrolled in the study dropped out before the trial's end. According to Pfail, no-drill cavity prevention relies largely on the patient following a dentist's instruction as regards to brushing, eating habits and other practices.

That's not always easy because "modern culture tends to promote sugary snacks and beverages more than ever before," Pfail said.

"Today, getting people to implement proper oral hygiene habits is one of the biggest challenges faced by dentists," he explained.

The study was published Dec. 6 in the journal Community Dentistry and Oral Epidemiology.

The U.S. Office of Disease Prevention and Health Promotion outlines how to take care of your teeth and gums.