Is It Wise to Take a Steroid for a Sore Throat? 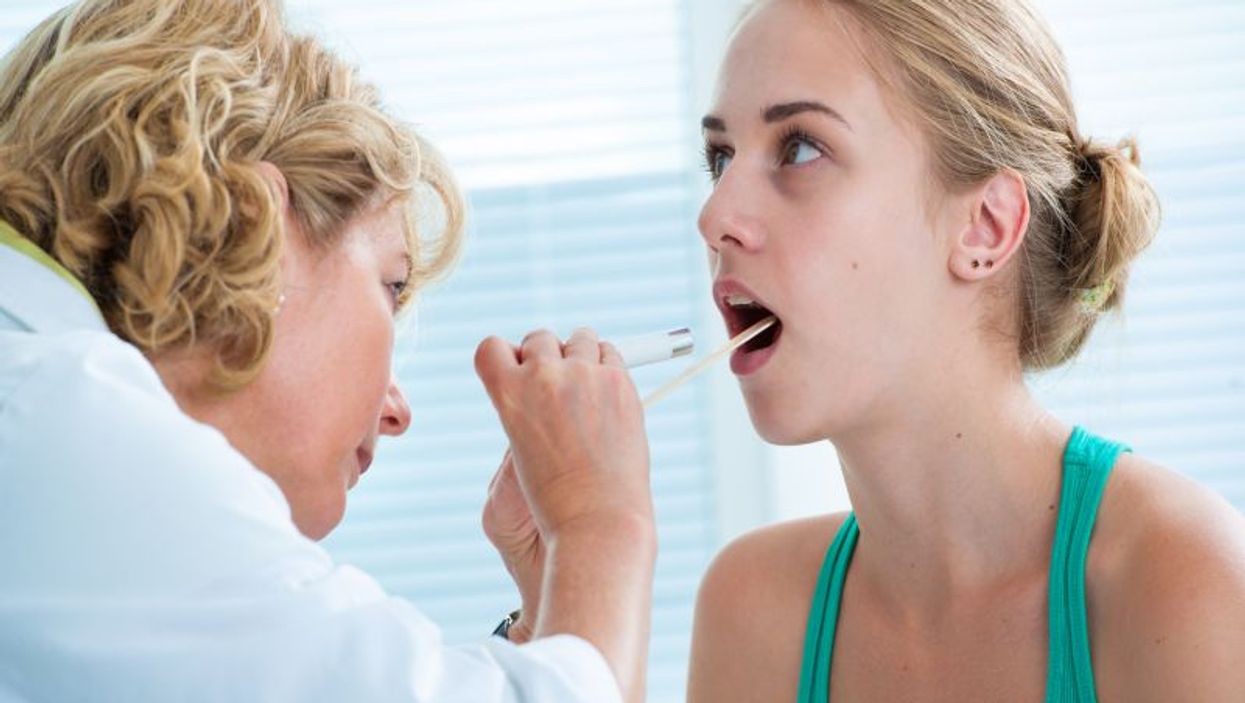 Concerns about growing bacterial resistance to antibiotics have led scientists to look for alternative therapies for sore throat, a common reason for doctor visits.

In this new British study, a steroid medication led to improvement in about one-third of patients with sore throat.

But, two U.S. physicians said they aren't rushing to prescribe the drugs on the basis of these results.

"Most sore throats are relatively simple, but some are relatively dangerous, and people can die or end up in the ICU," said Centor, who wasn't involved in the study. "Steroids could suppress the symptoms that would give you a clue that something bad is going on."

Sore throat is especially common in children and younger adults, Centor said. "A lot of sore throats are viral, and [patients] usually have a cough and not much of a fever. Patients can usually still swallow food."

Physicians may prescribe antibiotics for sore throats, although they have no effect on viral infections, only bacterial ones. Alternatives are needed that reduce both symptoms of sore throats and antibiotic usage, the study authors said in background notes.

The new study looks at a steroid -- a drug designed to dampen immune system responses. Researchers led by Gail Nicola Hayward, of the University of Oxford, analyzed the effects of a single dose of dexamethasone. Similar steroids include prednisone and methylprednisolone.

The researchers randomly assigned 565 adults in England with a sore throat that didn't require an antibiotic to take a large dose of dexamethasone (10 milligrams) or a placebo. Half the patients were younger than 34.

The study authors called this a "significant difference."

According to Centor, U.S. physicians don't often prescribe steroids for sore throats, although some emergency rooms and urgent care centers appear to do so. "It's not standard treatment or in any guideline, but these people say, 'Well we can make them feel better. How could a couple days of steroids even hurt?' "

But there's a risk that the drugs could hide symptoms that something serious is going on, Centor said.

Side effects from steroids are also possible but rare, according to Dr. Jeffrey Linder of Northwestern University School of Medicine in Chicago. "They include increased blood pressure, increased blood sugar, fluid retention," he said.

"They could be significant for people at risk for diabetes complications and at risk for cardiovascular disease," said Linder, chief of the division of general internal medicine and geriatrics.

Linder, who wasn't involved in the research, noted that only about one-third of the steroid takers in the study actually got better within two days.

"This is a well-done study and again, it is negative. I don't think patients go to the doctor expecting to get a treatment that is only going to give them a 1 in 3 chance of complete resolution of their symptoms within two days," he said.

So what should patients with a sore throat do?

Centor recommended taking a painkiller such as aspirin, acetaminophen (Tylenol), ibuprofen (Advil) or naproxen (Aleve) if "you have enough pain that you feel like you don't want to put up with it."

Sore throats should improve within three to five days, he said, and they should not get worse. Contact your doctor, he added, if you have a significant fever, not much of a cough and difficulty swallowing, since that might be a sign of a bacterial infection.

You should also be concerned if your neck swells or you develop a chill so strong that it makes your teeth chatter, accompanied by a drenching sweat. "This is a hallmark that it's no longer sore throat and is something much more serious," Centor said.

The study results were published April 18 in the Journal of the American Medical Association.

For more about sore throat, visit the American Academy of Otolaryngology-Head and Neck Surgery.