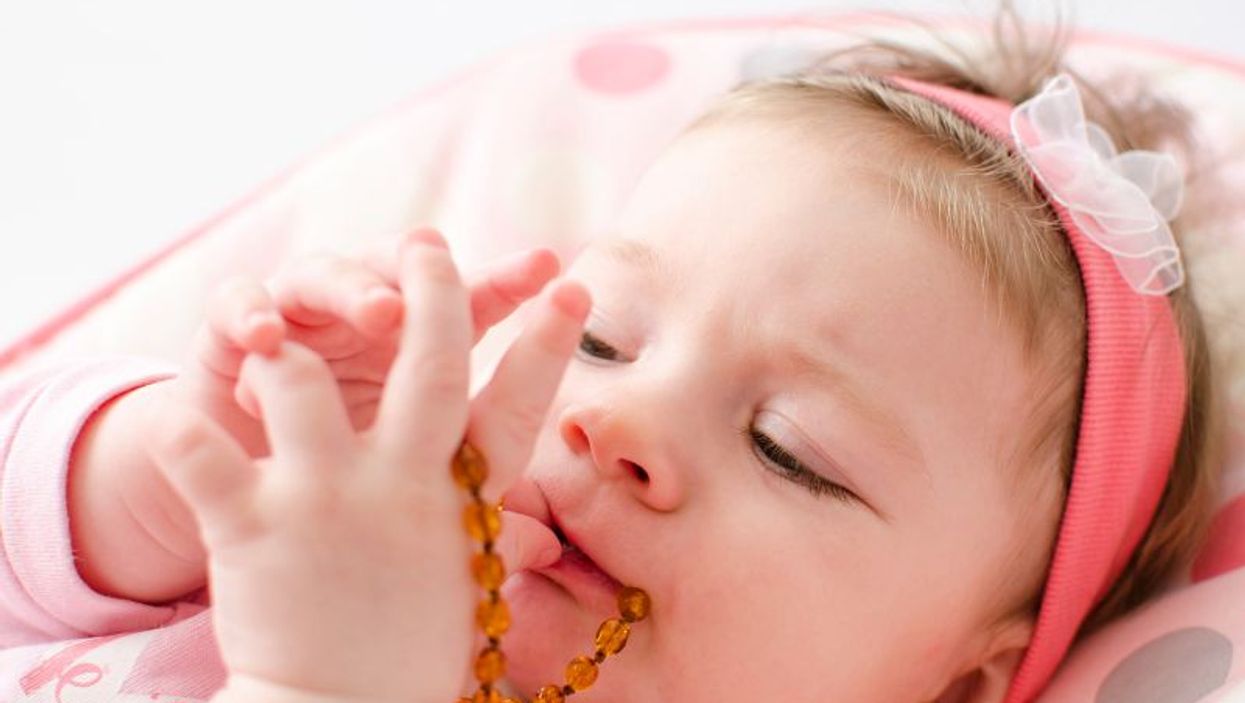 THURSDAY, May 9, 2019 (HealthDay News) -- Few things are as distressing as baby's cries when his or her first teeth are coming in, but it's important to know what not to use to soothe that pain.

Over the years, the U.S. Food and Drug Administration has issued warnings about many teething products, starting with over-the-counter gels and liquids containing benzocaine, which acts as a numbing agent. Benzocaine is linked to a rare but potentially deadly reaction that lowers the amount of oxygen in the bloodstream. This side effect happened mostly in children age 2 and under and after just one use. The FDA recommends not using these products in this age group.

More recently, the FDA has issued numerous warnings against various homeopathic teething tablets and gels because of reports that they've caused seizures and other problems, from difficulty breathing and muscle weakness to excessive sleepiness or agitation.

Tests found that the problem ingredient is belladonna, a toxic substance with unpredictable effects. Manufacturers have recalled some products, but others might still be on store shelves and should be avoided.

There are also concerns about so-called teething jewelry, such as beads, bracelets and other items made from materials including amber, wood, marble and silicone. These pose various hazards such as choking, strangulation, injury to the mouth and infection, especially if the jewelry irritates or pierces the gums.

Instead, the American Academy of Pediatrics recommends giving baby a teething ring chilled in the fridge or gently massaging his or her gums with a clean finger to ease teething pain.

The FDA has more on how to soothe teething pain safely.