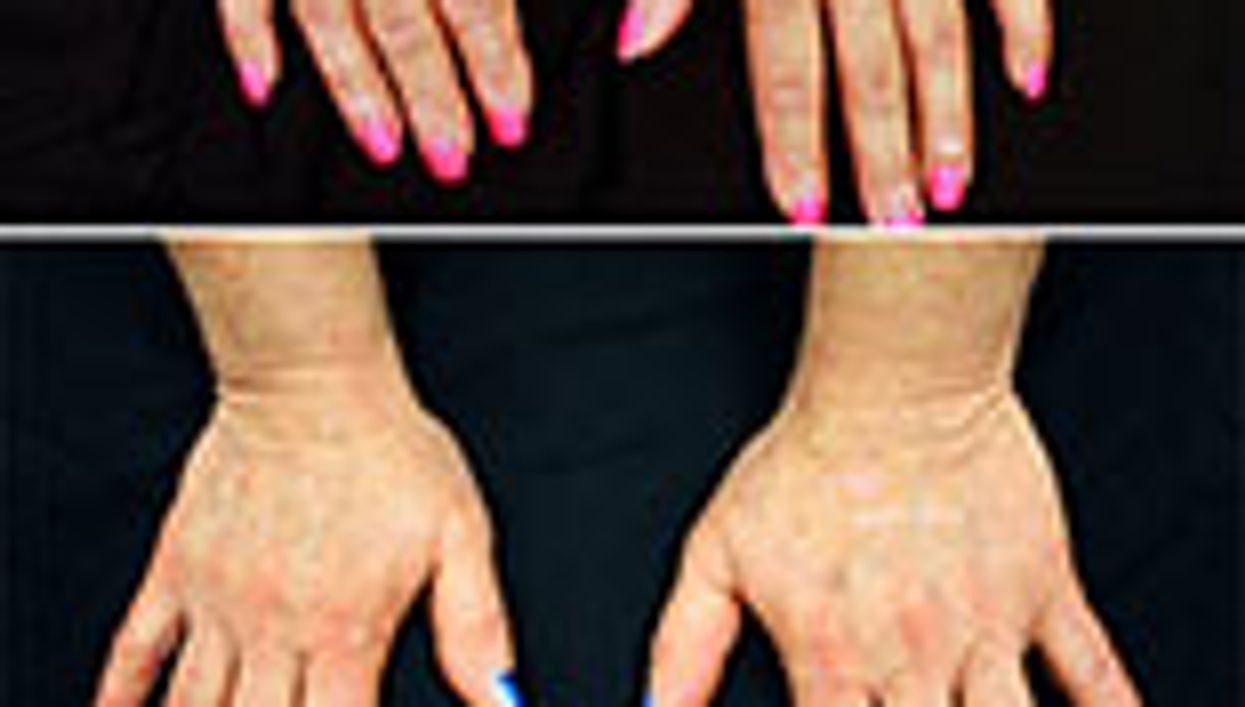 WEDNESDAY, June 24, 2015 (HealthDay News) -- Researchers report that a drug for rheumatoid arthritis may be a promising treatment for vitiligo. The findings were published online June 24 in JAMA Dermatology.

Brittany G. Craiglow, M.D., and Brett King, M.D., Ph.D., of the Yale School of Medicine in New Haven, Conn., had heard of recent research suggesting that Janus kinase (JAK) inhibitors were effective in treating hair loss caused by alopecia areata. They reasoned that the JAK inhibitor tofacitinib (Xeljanz) -- currently approved to treat rheumatoid arthritis -- might also work as a treatment for vitiligo.

The researchers tested their theory by giving the drug to a 53-year-old patient with noticeable white spots on her face, hands, and body. After taking the drug for two months, the woman experienced a marked improvement in the pigmentation on her face, arms, and hands. After three more months on the medication, the white spots on her face and hands were almost entirely gone and just a few spots remained on her body. The woman did not have any negative side effects from the treatment.

Craiglow and King are hopeful that the treatment may perform well in other patients, but they stressed that more research is necessary to confirm that. "It's a first, and it could revolutionize treatment of an awful disease," King said in a Yale news release. "This may be a huge step forward in the treatment of patients with this condition. While it's one case, we anticipated the successful treatment of this patient based on our current understanding of the disease and how the drug works."