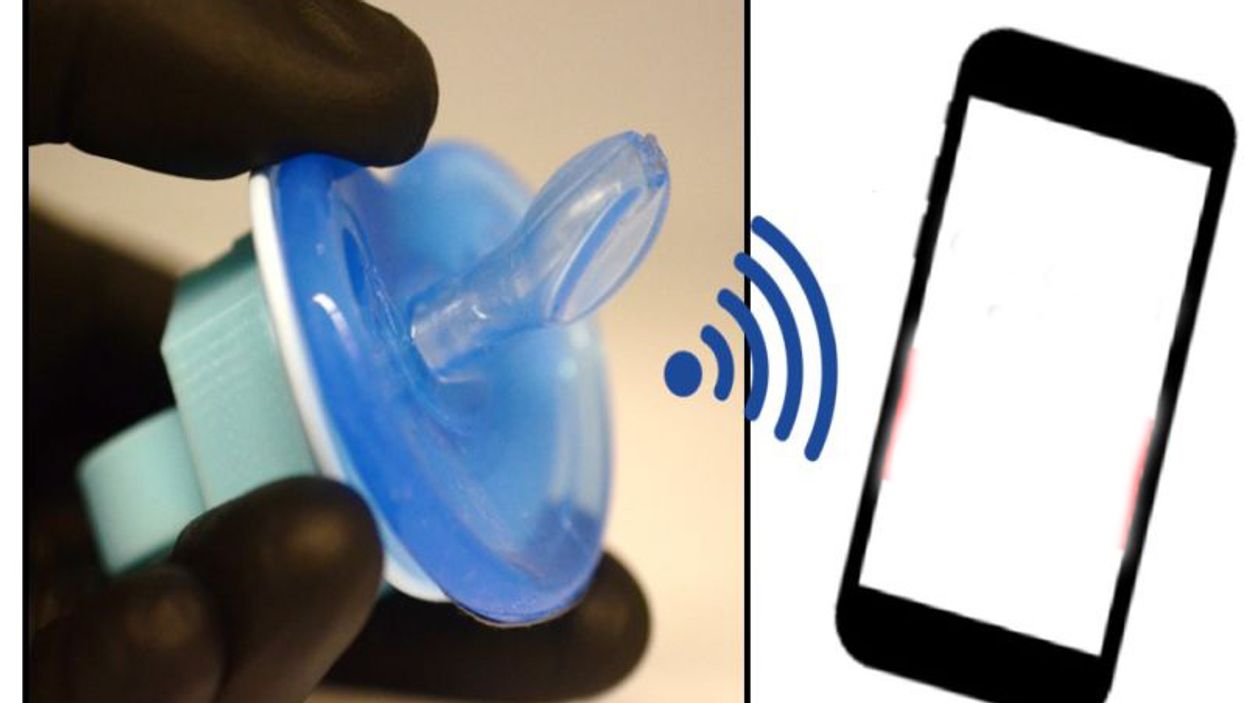 FRIDAY, Nov. 1, 2019 (HealthDay News) -- Parents of babies with type 1 diabetes have to prick their child's skin multiple times a day to check their blood sugar. But researchers may have developed a much easier way to check -- a sugar-sensing pacifier.

While baby sucks on the pacifier, it collects saliva, tests the sugar (glucose) levels and wirelessly sends results to a receiver that a parent/caregiver can see.

In a proof-of-concept study, researchers had adults with type 1 diabetes use the pacifier before and after a meal. Initial tests showed that the device can, in fact, measure changes in saliva sugar levels that corresponded to changes in blood sugar levels.

"We modified the pacifier as little as possible so that the baby could not tell the difference from a common one and reject it," said study co-author Juliane Sempionatto, a doctoral candidate at the University of California, San Diego.

The researchers also designed the pacifier with as few small parts as possible, and positioned the sugar-sensing technology on the outside to keep it as far away from the baby's mouth as possible. As the baby sucks on the pacifier, saliva is pumped into a collecting channel.

The technology is similar to standard blood sugar meters.

"The device gave us good correlation with the blood glucose when tested in adults. We were able to tell when their blood glucose was high with great accuracy," Sempionatto said.

Current blood sugar levels are one of the factors that helps decide how much insulin a diabetic needs.

Insulin is a hormone that helps usher the sugar from foods into the body's cells to be used as fuel. Without enough insulin, the sugar stays in the blood, where it can cause short- and long-term damage. Getting the right amount of insulin is crucial -- too much or too little can cause problems.

One is concern about the small parts that make up the device. Sempionatto said these all have to be contained into a single piece to ensure that the device isn't a choking hazard.

Another concern is that babies may have food residue in their mouths. That's one of the main reasons why the device was tested in adults.

"We could ask the adult volunteers to brush their teeth and then collect some amount of saliva in the sensor. With babies, it's completely different," Sempionatto said, adding that babies often spit up, and milk residue in their mouths could interfere with the way the device works.

In spite of those challenges, however, researchers are hopeful about this type of device. Besides helping check sugar levels in babies with diabetes, the device might also be helpful in detecting low sugar levels in children with other conditions. Sempionatto said the technology might also be used one day for detecting infections.

Dutta said, "We're keen on alternative technologies, and on people having choices for managing their diabetes," adding that JDRF had funded a number of alternative blood sugar testing technologies. He said he's seen testing through tears, breath, saliva and even a tattoo, but so far nothing has proved as accurate as blood sugar monitoring.

Sempionatto acknowledged that continuous glucose monitors are "desirable" for people with type 1 diabetes. But the idea of the pacifier is to have a "truly non-invasive option" for measuring babies' sugar, she said.

"Even the smallest sensor, needle or device is too big for a newborn, and anything can hurt them," Sempionatto said. "The pacifier has the advantage that it does not need to be placed on the baby's body."

The findings were recently published in Analytical Chemistry, a journal of the American Chemical Society.

Learn more about the ways you can currently check your blood sugar from JDRF.