Owners learn more about the disease and how to prevent it, study finds 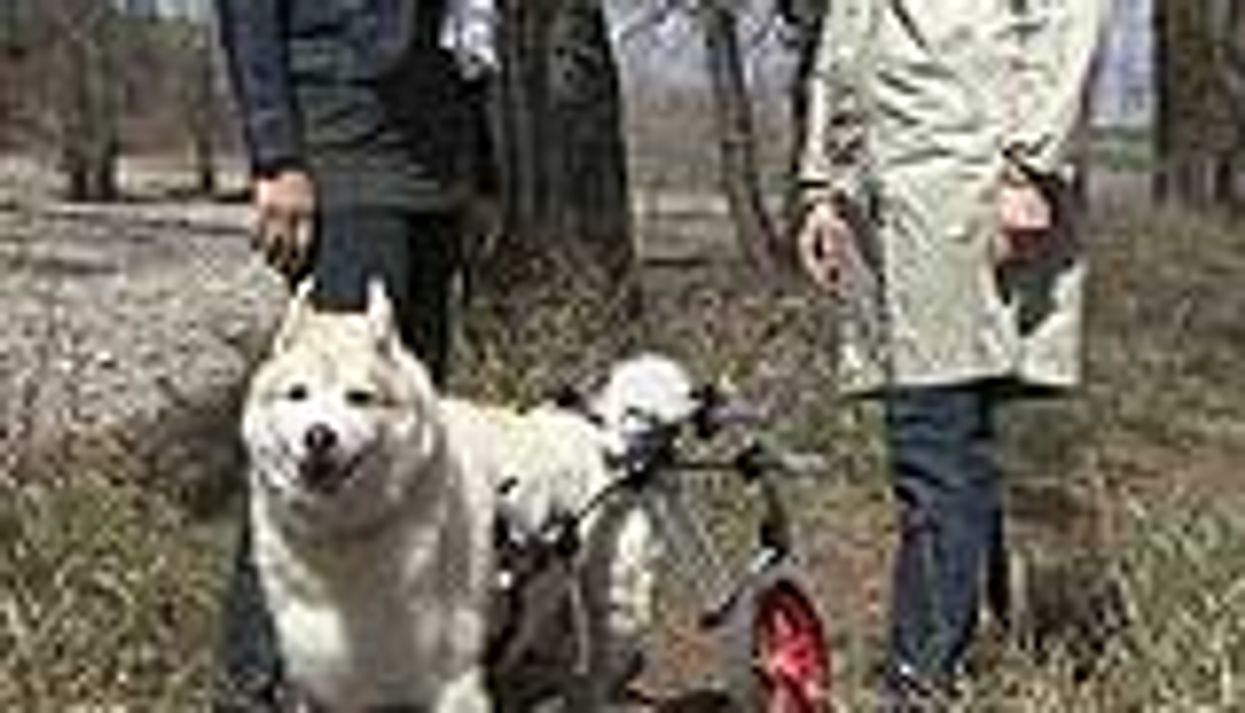 FRIDAY, May 28, 2010 (HealthDay News) -- Daniela Trnka had been living with type 1 diabetes for almost 20 years when she noticed telltale signs of the disease in her Siberian Husky, Cooper. He was thirsty, urinating often and at times, lethargic.

So she took out her blood sugar test kit, opened a fresh lancet and took a drop of his blood. Cooper's blood glucose levels were too high. A veterinarian confirmed it: Cooper had diabetes.

Now, the two are coping with the condition together. Trnka monitors Cooper's blood sugar levels and gives him insulin injections. Caring for her pet, Trnka says, has helped her pay better attention to her own health.

"Every time I think to check his sugar, I'm checking mine," Trnka said. "I think I'm more on top of managing my diabetes since I started taking care of him."

Trnka recently participated in a new Canadian study focused on pets with diabetes, which found that caring for a sick pet may improve the pet owner's health as well.

Lead study author Melanie Rock, an investigator at the Population Health Intervention Research Center, and a colleague interviewed 16 pet owners as well as veterinarians, a mental health counselor and a pharmacist about what it takes to take care of dogs and cats with the disease. About 1 in 500 dogs and 1 in 250 cats in developed nations are treated for diabetes, according to background information in the study in the May 17 issue of Anthrozoos.

Some participants said they had learned so much about the condition they felt better equipped to take care of a person with diabetes should they need to. Others, like Trnka, became more diligent about exercising daily for their pets' sake. "On a cold, windy day, [my dog] gets me outside in the fresh air because I know the exercise is good for him. And that's good for me too," she told the researchers.

"What we observed was that people take the care of their pet very seriously, and in doing so, they blur the lines between their own health and their pets' health," said Rock. "Being responsible for a dog may get people up and out of the house on a rainy day."

In addition, many pet owners get a crash course in diabetes, a disease linked to obesity, heart disease, kidney problems and a host of other ills.

Those lessons may have important implications for people, Rock noted. "Taking care of a diabetic pet may mean adhering to a schedule of injections and meals, or perhaps going for more walks to keep a diabetic dog healthy. Previous research has shown those types of routines and the opportunity for physical activity can be very important for people, particularly as they age."

Studies stretching back three decades suggest that owning or interacting with companion animals can be good for health by lowering blood pressure and cholesterol levels, decreasing stress and improving cardiovascular function. Other research shows the company of pets can ease loneliness, anxiety and maybe even depression.

And the two-way health benefits of pet ownership even extend to feathered friends. One 2005 study cited by the researchers found some parrot owners giving up smoking so they didn't harm their pets with secondhand smoke, while a 2003 study found that owners began eating more fruits and vegetables , initially purchased for their parrots.

"Until now, we haven't looked at the link between veterinary care and people's own health," Rock said. "Pets are such powerful parts of people's lives. We need to find ways to leverage that as a cultural trend for the sake of public health. Vets are playing a significant role in diabetes education."

Trnka, an investor relations and corporate communications consultant, was a freshman in college when she was diagnosed with Type 1 diabetes, in which the immune system destroys the cells in the pancreas that produce insulin. "At the time, I didn't even know what diabetes was," she said.

She learned to test her blood sugar, watch her food intake and give herself insulin injections. Eventually, she started using an insulin pump, which delivers insulin throughout the day through a tiny catheter.

Taking care of Cooper hasn't been easy. Even before the Husky was diagnosed with diabetes, he'd had seven knee surgeries and couldn't walk on his hind legs, so Trnka had to cart him around in a wheelchair.

"Everyone has challenges in life," Trnka said. "My friend said, 'Maybe he has diabetes to help you carry your burden.' If he's there to make me think, 'Life is not so bad, let's just get on it with it,' then it's working. He has such a good temperament. He makes people smile. I look at him and I can't complain that I have this condition."

The American Diabetes Association has more on Type 1 diabetes.