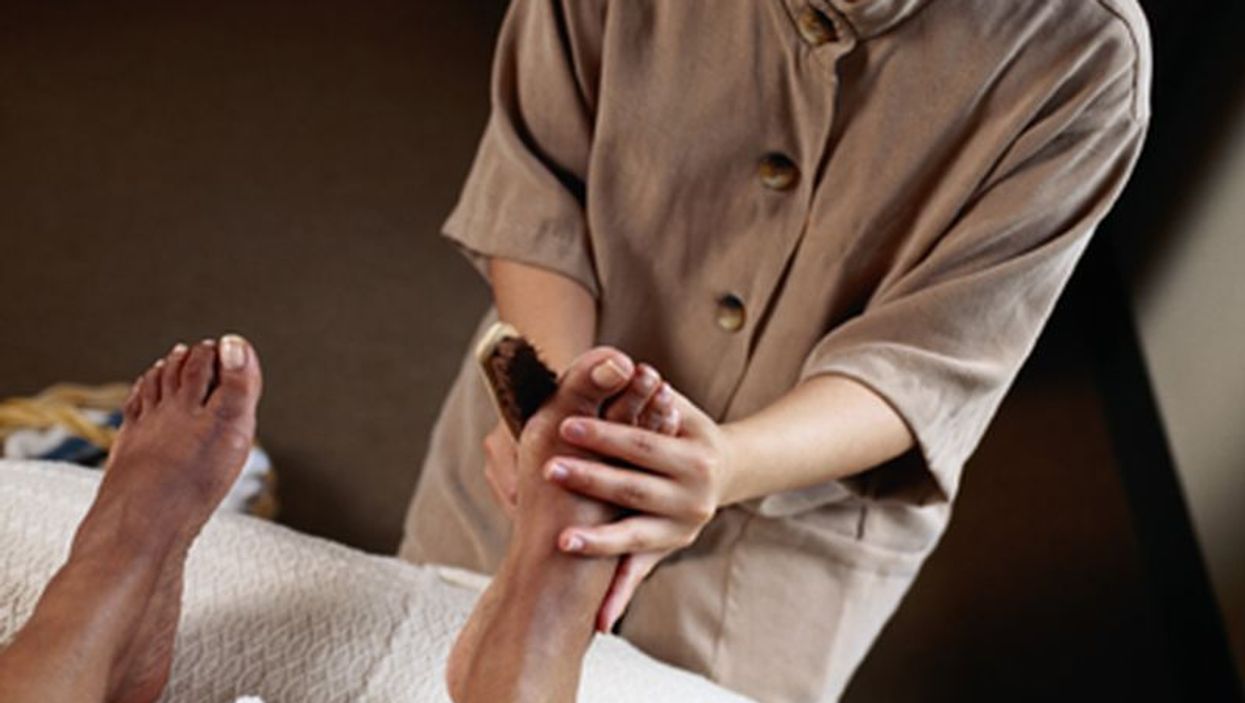 MONDAY, Oct. 1, 2018 (HealthDay News) -- People with type 2 diabetes who are taking common drugs called diuretics may be at a significantly increased risk of losing a foot or leg, according to a new French study.

Researchers found that taking a diuretic raised the odds of having an amputation, or requiring an angioplasty or bypass, by 75 percent or more, compared with those not using the medicines.

Based on the findings, "diuretics should be used cautiously in patients with type 2 diabetes at risk of amputations," concluded a team led by diabetes specialist Dr. Louis Potier, of Bichat Hospital in Paris.

But one U.S. expert said that restricting the use of diuretics puts diabetic patients "between a rock and a hard place."

As Dr. Gerald Bernstein explained, diuretics are used to help "get rid of extra salt and water" in the blood, thereby helping patients control blood sugar and blood pressure.

In turn, that could help ward off a major killer: congestive heart failure.

So, the challenge is to "select the right drugs to prevent worsening of heart failure in order to prevent increased risk for amputations," said Bernstein, coordinator for the Friedman Diabetes Program at Lenox Hill Hospital in New York City.

As Bernstein explained, "type 2 diabetes is a disease heavily associated with cardiovascular complications, in particular the big arteries from the heart to the rest of the body. When these arteries and the heart are diseased there is abnormal blood flow to all the organs but the lower extremities can be affected most because of how long that artery is."

When circulation issues to the leg and foot become severe, amputation is often the only option.

How much might particular diabetes medicines affect the odds of needing an amputation?

To help find out, Potier's team tracked outcomes for nearly 1,500 people with type 2 diabetes. The study specifically focused on amputations, as well as procedures such as angioplasty or the bypassing of blocked or damaged blood vessels. Those procedures are used to improve circulation and prevent leg or foot amputations.

Said another way, this meant that taking a diuretic increased the risk of having an amputation or an angioplasty/bypass by 75 percent or more, compared with those not using one.

Most of this increase involved amputations, which nearly doubled for those taking a diuretic.

The results of the study were presented Monday at the meeting of the European Association for the Study of Diabetes, in Berlin.

It's important to note the study was observational in nature, meaning that while it could point to an association between diuretics and amputation rates, it could not prove cause and effect, and other factors might be at play. Furthermore, research presented at medical meetings is typically considered preliminary until published in a peer-reviewed journal.

According to Bernstein, the take-home message here is not to immediately discontinue the use of diuretics, but to keep in mind that "the patient and physician must be very careful not to overtreat and be very selective" in which drugs are used to fight diabetes.

Diabetes specialist Dr. Robert Courgi agreed. Reviewing the findings, he said that while more study is needed to confirm the results, "if a patient is at risk for amputation then perhaps diuretics should be avoided for other equally effective options." Courgi is an endocrinologist at Southside Hospital in Bay Shore, N.Y.

For more on type 2 diabetes, visit the American Diabetes Association.