Too Much Sugar Can Harm Livers of Even Healthy Men 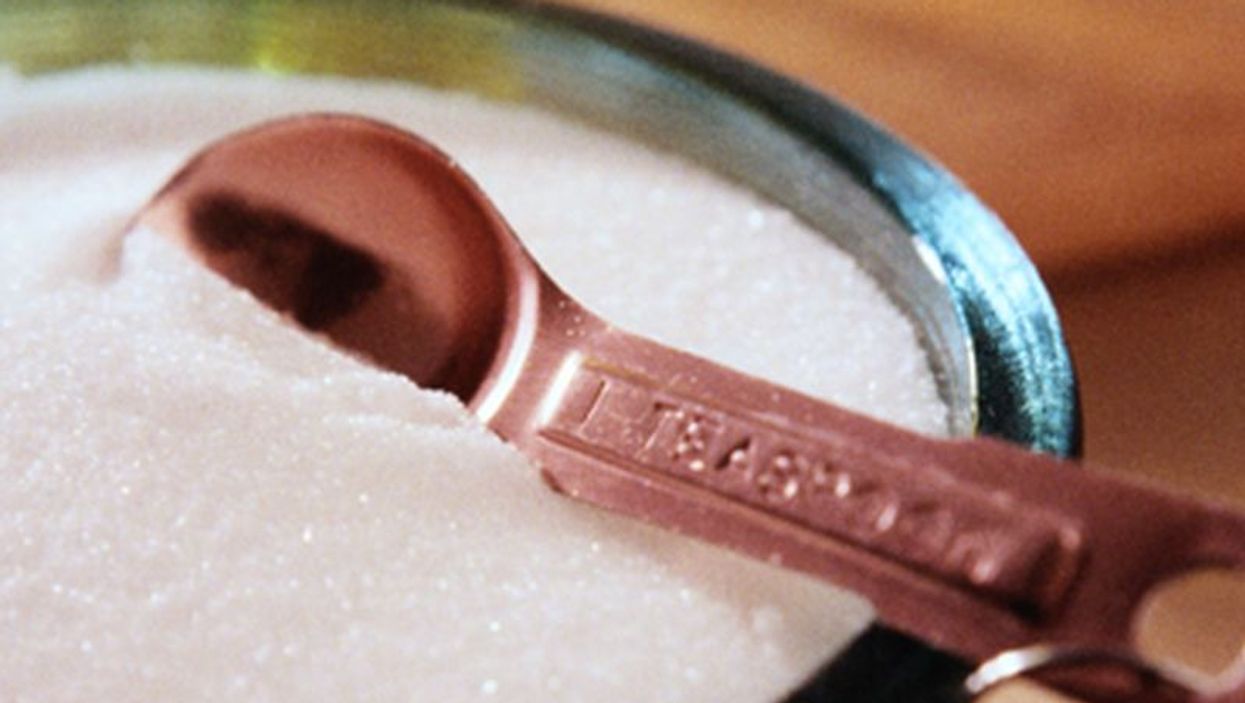 FRIDAY, Oct. 6, 2017 (HealthDay News) -- Here's news that might sour you on sweets: New research shows that overdoing it on sugar might harm the livers of otherwise healthy men.

British researchers found that a sugar-rich diet was associated with unhealthily high levels of fat in both the blood and the liver.

The bottom line, said lead researcher Bruce Griffin, is that "consuming high amounts of sugar can alter your fat metabolism in ways that could increase your risk of cardiovascular disease."

Griffin is professor of nutritional metabolism at the University of Surrey in Guildford, England.

One U.S. nutritionist wasn't surprised by the findings.

"This study offers yet another valid reason to cut back on sugar," said Dana Angelo White. She is a dietitian and clinical assistant professor of sports medicine at Quinnipiac University in Hamden, Conn.

"In addition to piling on the empty calories, sugar creates more metabolic work for the liver," she noted.

In the study, Griffin's team tracked the liver health of a group of middle-aged men with either high (11 men) or low (14 men) levels of fat in their liver.

Excess fat accumulation in the liver is considered unhealthy, and the men with high fat levels already had a condition known as non-alcoholic fatty liver disease (NAFLD). According to the American Liver Foundation, NAFLD is tied to obesity and affects up to one-quarter of Americans.

The men were asked to follow one of two diets: a high-sugar diet, consuming 650 calories' worth of sugar each day for three months; or a low-sugar diet that contained no more than 140 calories of sugar per day.

The investigators found that the participants with NAFLD who followed the high-sugar diet developed changes in their fat metabolism -- the processes by which the body breaks down fats in the blood and uses them for energy. Those changes are well-known to be linked to a greater risk for heart disease, heart attacks and stroke, the research team said.

But similar changes were also noted in the livers of otherwise healthy men who had a low level of liver fat when the study began.

In this group, men developed higher levels of this fat in the liver after switching to the high-sugar diet. The researchers also found changes in their fat metabolism that were similar to the men who already had NAFLD.

"Our findings provide new evidence that consuming high amounts of sugar can alter your fat metabolism in ways that could increase your risk of cardiovascular disease," Griffin said in a university news release.

The study authors said their findings are particularly concerning since the prevalence of NAFLD is on the rise among children as well as adults.

"While most adults don't consume the high levels of sugar we used in this study, some children and teenagers may reach these levels of sugar intake by over-consuming fizzy drinks and sweets," Griffin said. "This raises concern for the future health of the younger population, especially in view of the alarmingly high prevalence of NAFLD in children and teenagers, and exponential rise of fatal liver disease in adults."

Dr. Rachel Bond helps direct Women's Heart Health at Lenox Hill Hospital in New York City. Reviewing the findings, she said that the study's "conclusion that a sugar-laden diet may raise your risk of dying of heart disease is something we cannot ignore. In my practice, I emphasize that even a spoonful of sugar, albeit in excess, could potentially be putting one's heart at increased risk."

But White added that it's not always easy to track just how much sugar you might consume each day.

"It's really difficult for consumers to assess how much sugar they are consuming, since it's found in so many unexpected places," she explained.

"Sugar is not only found in candy, soda and cookies, it's in sauces and condiments, and lots of savory snacks are also packing sugar into the daily diet," White said, so "checking ingredient lists to cut back on sugar intake is a must."

The study was published Oct. 5 in the journal Clinical Science.

There's more on NAFLD at the American Liver Foundation.