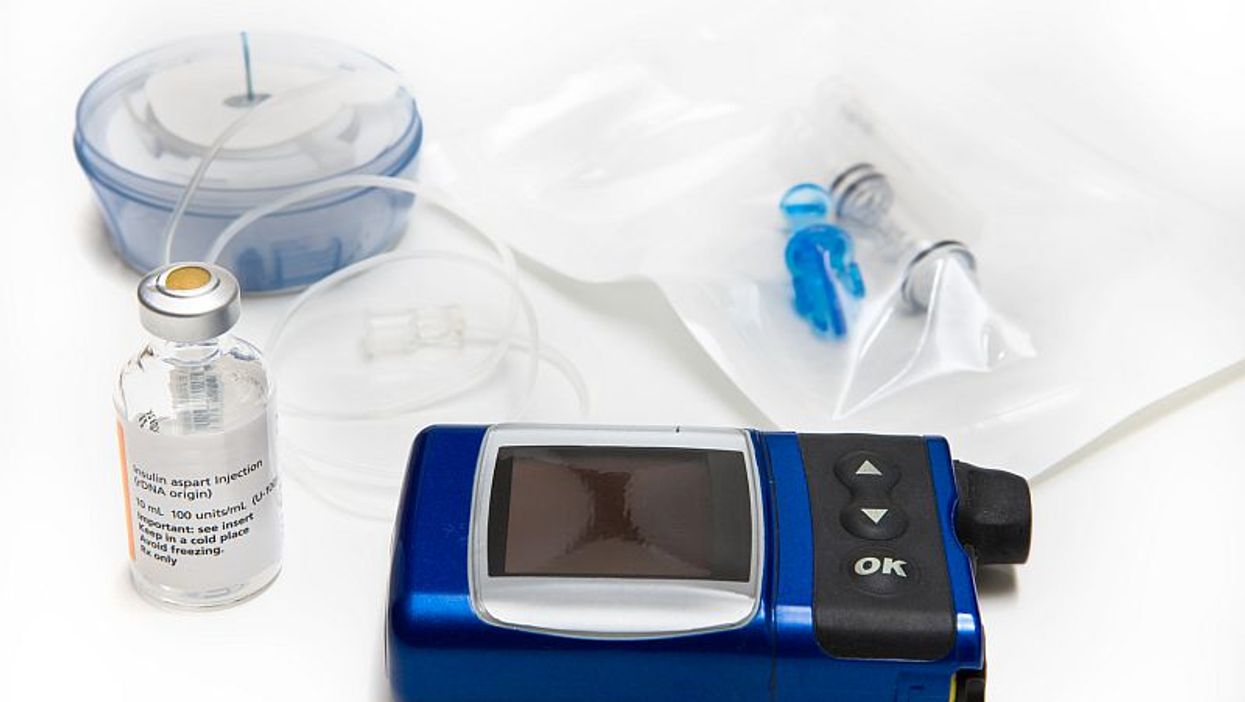 "Insulin pumps work, and they work even somewhat better than multiple daily injections overall," said Dr. Robert Rapaport, chief of the division of pediatric endocrinology at the Icahn School of Medicine at Mount Sinai in New York City.

Dr. Siham Accacha, a pediatric endocrinologist at NYU Winthrop Hospital in Mineola, N.Y., explained why that might be so.

"If the pump is really taken care of, you can micromanage your diabetes," she said. "You can stop the pump if your blood glucose is coming down, or you can give a bit more insulin if it's going up."

Both Rapaport and Accacha prefer pump use, but if patients would rather do multiple daily injections, the doctors said that excellent control can also be maintained with shots. It's really a matter of patient preference, they noted.

One issue with the pump is price. The start-up cost for a pump can be as much as $5,000, according to Accacha. And there are monthly costs for supplies as well. Insurers, especially Medicaid, sometimes hesitate to pay, both experts said. But studies like this latest one help provide more evidence about the importance of pump therapy.

Plus, Accacha said, "It helps to make kids with diabetes feel more like other kids, and makes them feel a little bit more normal."

Type 1 diabetes patients don't make enough insulin, a hormone that helps carry the sugar from foods into the body's cells to be used as fuel.

To replace that lost insulin, patients must either take multiple daily insulin injections or get insulin via a tiny tube inserted temporarily under the skin and attached to an insulin pump.

Too little insulin causes blood sugar levels to rise. This can cause fatigue, dry mouth, blurry vision and stomach pain. If blood sugar stays too high too long, a complication called diabetic ketoacidosis (DKA) can occur, according to JDRF. This means the body uses fat and body tissue for fuel. This produces toxic acids called ketones. If these are allowed to build up, a diabetic coma can result and possibly lead to death.

If blood sugar levels are high, but not high enough to cause DKA, they can contribute to complications in the long run, such as heart disease, serious vision problems and kidney disease.

The new study looked at the rates of severe hypoglycemia and DKA, as well as overall blood sugar levels in people aged 20 and younger who used either an insulin pump or multiple daily injections.

The children and teens came from 446 diabetes centers in Germany, Austria and Luxembourg. The initial study group included just over 30,000 people with a mean age of 14. The final matched comparison groups included almost 10,000 people on insulin pumps versus 10,000 on shots.

The researchers, led by Drs. Joachim Rosenbauer and Reinhard Holl of the German Center for Diabetes Research in Neuherberg, saw a slight improvement in blood sugar control for those on pump therapy over a year of treatment.

Children and teens on pumps were less likely to experience severe hypoglycemia and DKA than those on shots.

Rapaport noted that the improvement in DKA wasn't in all age groups. For example, in kids aged 1 to 5, there was no difference. "But, there was a major difference in adolescents, and that would be very important," he said.

The study was published Oct. 10 in Journal of the American Medical Association.

Read more on ways to use insulin from the U.S. National Institute for Diabetes and Digestive and Kidney Diseases.