See What HealthDay Can Do For You
Contact Us
October 8, 2014 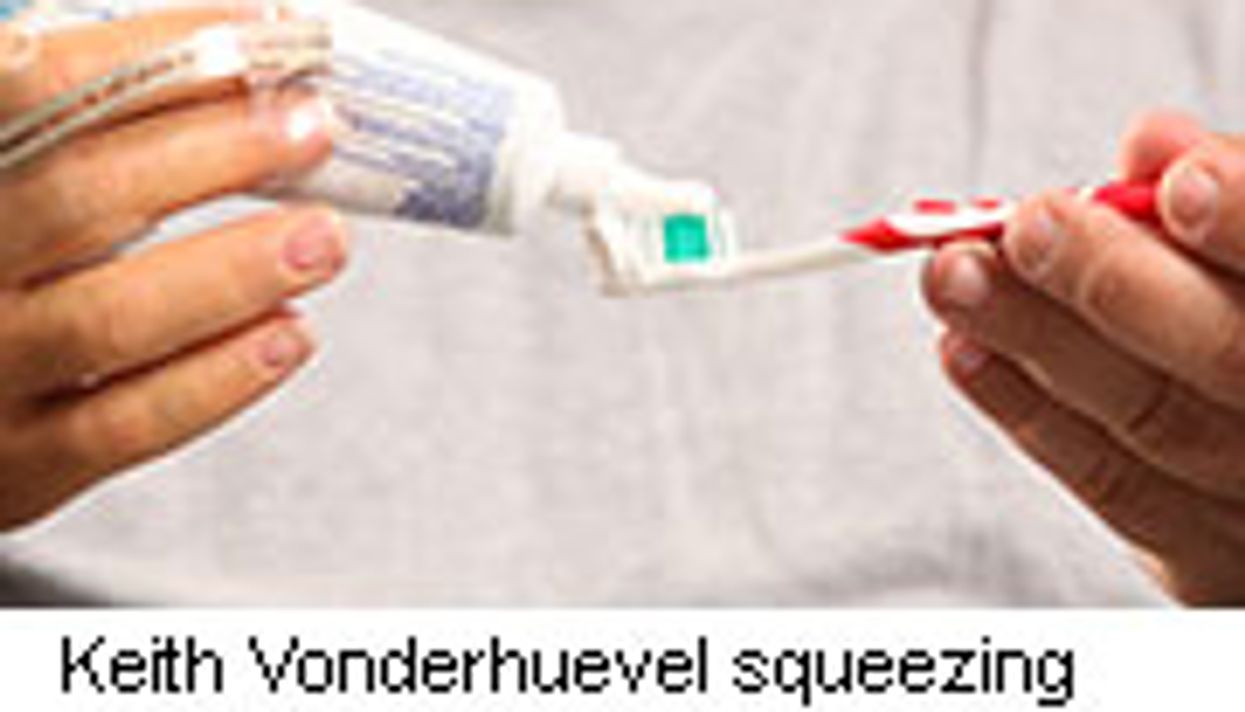 WEDNESDAY, Oct. 8, 2014 (HealthDay News) -- People take the sense of touch for granted -- until it isn't there, says Igor Spetic, who lost that ability four years ago.

For months after an accident at work cost him his right hand from the wrist down, the Madison, Ohio, resident was plagued by phantom pain. It was "like having a clenched fist put into a vice and crushed, 24/7, even though I had no fist," said Spetic.

But about 18 months after his injury, Spetic, now 48, enrolled in an experimental prosthesis program. "Through the electrodes they've connected between my nerves and the prosthetic, I found out that they still work -- my nerves in my arm."

In the laboratory, Spetic can now feel textures, pressure and other sensations in his prosthetic hand, even on the index finger and thumb, he said.

Plus that, on a daily basis, "about 95 percent of my phantom pain is now gone," he added. "It's a benefit that no one predicted, but it's such a relief."

Spetic is one of two patients who've lost limbs now participating in a research effort led by Case Western Reserve University and the Louis Stokes Cleveland Veterans Affairs Medical Center, both in Cleveland.

Researchers wanted to see if an effective connection could be made between existing nerve bundles in each patient's arm and their artificial hands. If so, could the electrode-driven communication stimulated between the two be transmitted to the brain?

The goal: to restore a lost sense of touch.

"Basically, what we've done is show, for the first time, that yes, we can develop a long-lasting interface that restores sensation to people who don't have a limb," said study co-author Dustin Tyler, an associate professor in the biomedical engineering department at Case Western Reserve.

It feels like the hand is back, said Tyler. Both patients can feel sensation across the entire hand, in many positions, he noted.

"What's important is that with our two subjects we achieved this restoration of feeling for two and a half years in one case and nearly two years in the other, so we believe that what we have here is actually a permanent way of restoring sensation," Tyler said.

The findings appear in the Oct. 8 online issue of Science Translational Medicine.

Spetic had three such cuffs implanted in his forearm region. The other patient, Keith Vonderhuevel, 47, of Sidney, Ohio -- who had a below-elbow amputation -- had two placed in his upper arm.

Ultimately, Spetic was able to feel touch in 19 distinct points across his artificial hand, while Vonderhuevel felt 16.

And both patients experienced considerable relief from their phantom pain, although Tyler acknowledged that it isn't clear why this happened.

"For the limb-loss community what this means is that we now have a new way of speaking to the nervous system in a language it understands," he added.

Unlike previous attempts, "the limb feels natural, and that means much better and much more refined control over the prosthesis, and an ability to do more," Tyler said.

For now, the system is categorized as an "investigational device" limited to use in a laboratory setting, Tyler noted.

But he said the team hopes to have a take-home system available in the next couple of months.

The ultimate goal is "a long-term system that is fully implantable, in a one-day outpatient procedure, that uses a pacemaker-like device to speak to hand sensors," Tyler said. Time frame: five to 10 years, he said.

Meanwhile, investigators in Sweden are also making strides toward more natural control of artificial limbs, according to another study in the Oct. 8 issue of Science Translational Medicine.

Researchers at Chalmers University of Technology in Gothenburg say they've successfully outfitted a patient with an artificial limb that is directly integrated with existing bone, nerve and muscles.

The patient, a truck driver who had an arm amputated a decade ago, underwent a procedure last year called "osseointegration." This technique circumvented the need for a "socket" and enabled a prosthetic arm to be attached to a protrusion from a titanium implant. At the same time, electrodes inside the artificial limb were stitched into the patient's existing nerve and muscle tissue.

The result appears to be a stable, reliable and long-lasting melding of man and mechanics, investigators say. The patient can move his artificial arm by means of brain-driven sensory feedback, enabled by the implanted electrode wiring.

He can even tie his children's skates and unpack eggs, everyday activities that were impossible before the implant, according to the study. And because the wiring allows for two-way neural communication -- from the brain down to the arm, and from the arm back up to the brain -- the patient can perceive touch in his artificial hand.

They show "it is possible for patients with amputations to control artificial hands and at the same time to feel the touch of the artificial hand with objects," said Farina, co-author of a journal commentary on the studies.

Although the principles behind this research aren't brand-new, the studies "prove that implantation of the electrodes for the connection with the human nervous system is possible over prolonged periods of time," Farina said.

"This opens the possibility in the near future to move these systems from the academic laboratories, where they have been developed in the last decades, to the clinics, for their use in a large patient population," he added.

The U.S. National Institutes of Health has more about rehabilitation engineering.