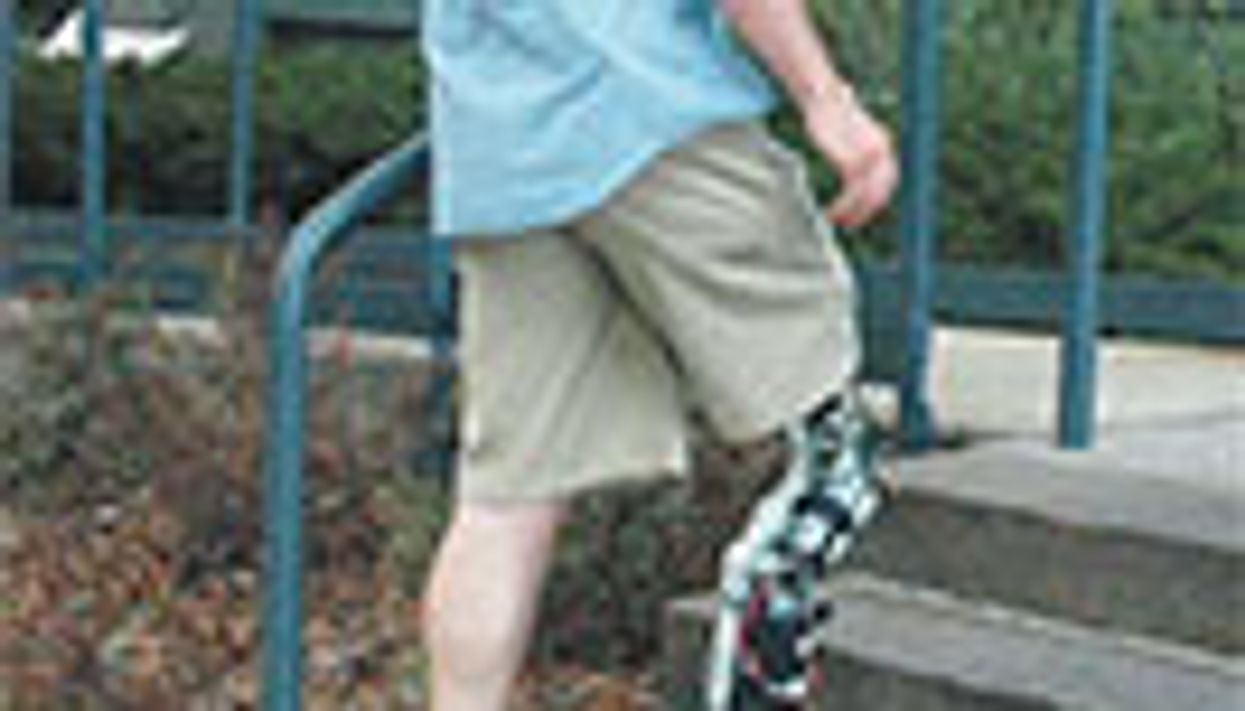 Vawter, who lost his right leg after a motorcycle accident, was trying out a state-of-the-art prosthetic prototype, now the subject of a new report published in the Sept. 26 issue of the New England Journal of Medicine.

Vawter "can do many normal activities like walking up and down stairs," said Levi Hargrove, a research scientist at the Rehabilitation Institute of Chicago and lead author of the study. "He can even reposition the prosthesis by thinking about it."

The mind-controlled prosthetics are still in development and far from ready for prime time. It's also not clear how much they might cost or if they'll be appropriate for most amputees, according to the study.

But demand is there, Hargrove believes.

Modern leg prostheses have numerous limitations. Some are simple, unsophisticated devices that enable walking on level ground, but lack a power boost to help users do anything more challenging, Hargrove said. Artificial legs can also be difficult to use on stairs and slopes.

Some people who've lost a leg, such as an older person with diabetes, may simply want to walk around the house and return to the community, said Dr. Howard Gilmer, an attending physician at MedStar National Rehabilitation Hospital in Washington, D.C., who was not involved in the study.

But war veterans and accident survivors who've lost limbs may want to return to a much higher level of activity, he said. That's where artificial limbs that allow people to run or spend time in water come in.

In the new study, researchers examine a kind of technology designed to give more control to amputees who have a powered prosthesis.

The technology detects so-called "electromyographic" signals in the thigh muscles that normally tell the muscles of the lower leg what to do. The brain continues to send the signals to the leg even when the actual leg is gone, Hargrove said.

If all goes according to plan, the technology picks up the signals and moves the robotic leg in the way the user intends, said Hargrove, whose work is being supported by an $8 million grant from the U.S. Department of Defense. More than 1,200 American service members have lost limbs in the wars in Iraq and Afghanistan.

But there are some caveats. The report pointed out that it will be a challenge to design a prosthesis that will pick up the proper signals yet be comfortable to wear. Also, the devices "must be made more reliable, quieter, smaller, and lighter to benefit larger numbers of amputees," the study authors noted.

Gilmer mentioned other challenges. The weight of a prosthesis is a significant issue, he said, as is its reaction to moisture from sweat. He said manufacturers will also have to figure out how to power the device without needing too much recharging. And, the unique anatomy of the stump remaining after amputation may create challenges, he added.

There's another issue: cost. Prostheses can cost tens of thousands of dollars. Still, Gilmer said, the potential for improved prostheses is a "big deal."

For more about prostheses, visit the U.S. National Library of Medicine.