See What HealthDay Can Do For You
Contact Us
June 4, 2015 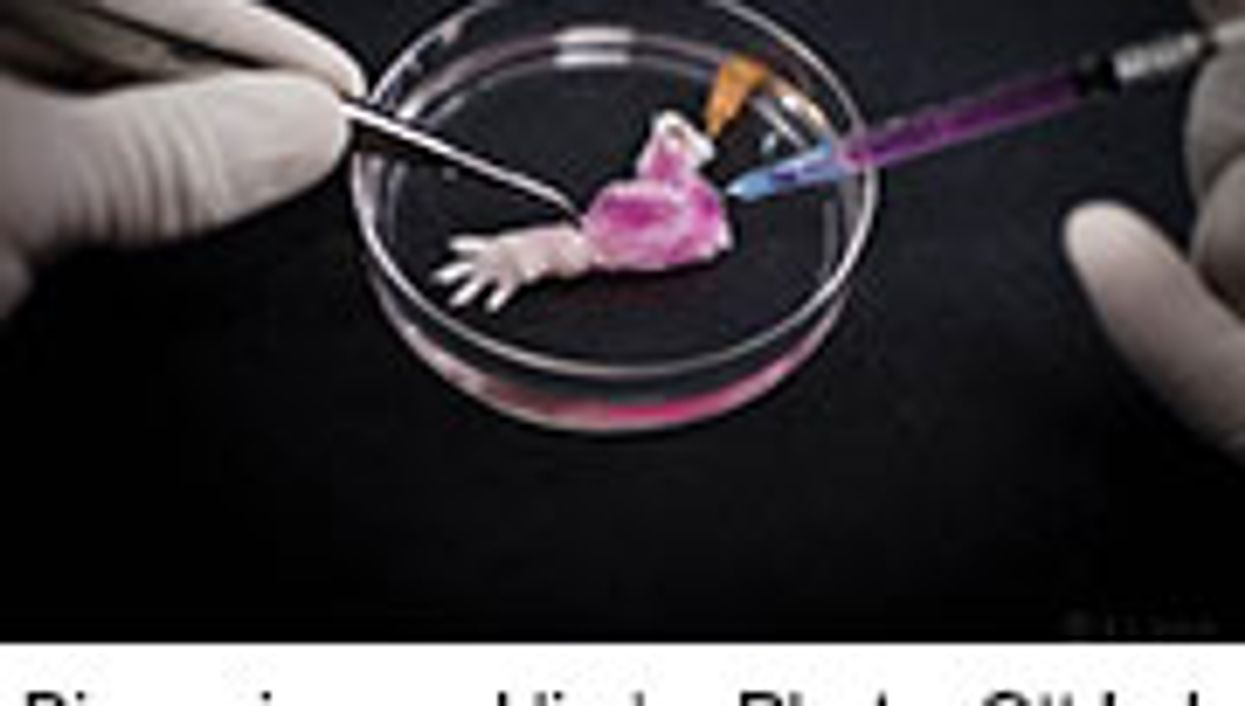 THURSDAY, June 4, 2015 (HealthDay News) -- Researchers say they have taken the first steps in creating artificial replacement limbs that could be used for transplantation in the future.

Massachusetts General Hospital scientists have developed bioartificial rat forelimbs with functioning vascular and muscle tissue. (The term "bioartificial" means using biomaterials and cells to make replacement organs or limbs.) The scientists believe this process could one day work in primates -- including humans -- as well.

The researchers reported their findings online recently in the journal Biomaterials.

Although advances in prosthetic technology have helped the more than 1.5 million U.S. residents who are missing limbs, the artificial devices have functional and aesthetic drawbacks, the study authors noted. And transplants with donor hands, developed over the past two decades, expose recipients to risky immunosuppressive therapy for life, the researchers said.

"Limbs contain muscles, bone, cartilage, blood vessels, tendons, ligaments and nerves -- each of which has to be rebuilt and requires a specific supporting structure called the matrix. We have shown that we can maintain the matrix of all of these tissues in their natural relationships to each other, that we can culture the entire construct over prolonged periods of time, and that we can repopulate the vascular system and musculature," Ott said in a hospital news release.

Ott and his colleagues explained that a recipient can provide the specific cells needed to regenerate all of the tissues that make up a limb. "What has been missing is the matrix or scaffold on which cells could grow into the appropriate tissues," they said in the news release.

In Ott's previous research, living cells were stripped from a donor organ with a detergent solution. The remaining matrix was repopulated with specific cells appropriate to the particular organ.

For the new study, he and his colleagues used this "decellularization" technique to tackle the complexities of a bioartificial limb, while growing muscle and vascular cells in culture.

According to the news release, the resulting limb is complete with vascular cells along blood vessel walls and appropriate fibers of muscle cells.

When transplanted into animals, blood circulated through the vascular system, and electrical stimulation of muscles flexed the wrists and digits of the animals' paws, the researchers said.

Although animal research isn't necessarily applicable to humans, the researchers said they also successfully decellularized baboon forearms to show the feasibility of working on a human scale.

One of the upcoming challenges, Ott said, is regrowing nerves within a limb graft and reintegrating them into a recipient's nervous system. "Additional next steps will be replicating our success in muscle regeneration with human cells and expanding that to other tissue types, such as bone, cartilage and connective tissue," he said.