See What HealthDay Can Do For You
Contact Us
June 9, 2015 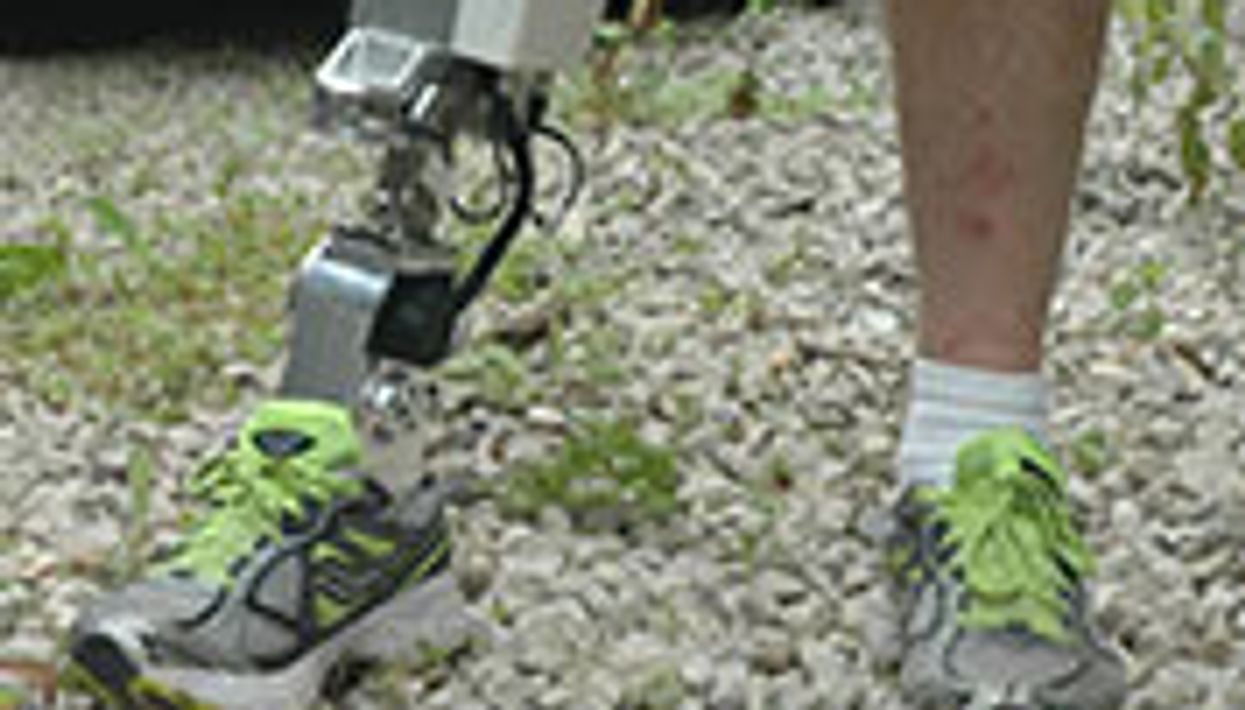 TUESDAY, June 9, 2015 (HealthDay News) -- Scientists say they're making progress toward developing a motorized artificial lower leg that automatically adjusts to changes in movement, such as from walking to using stairs.

Currently, powered prosthetics are available for the arm, knee, ankle and foot, but not for the length of leg from knee to foot. The technology described in a new study aims to use electronic signals from the user's brain to control the knee-to-foot prosthesis.

While years away from prime-time use, the advances reported in the study are promising, said lead author Levi Hargrove, director of the Neural Engineering for Prosthetics and Orthotics Laboratory at the Rehabilitation Institute of Chicago.

"This is going to make it to the market, and it has the potential to help a large number of people," he predicted.

Among the U.S. military alone, more than three-quarters of amputations from 2001 to 2011 involved major lower limb loss, according to background research with the study.

Given these numbers, it's important to find a way to make battery-powered legs more flexible and responsive to the user's intentions, experts say.

Powered artificial arms have been around for decades using this kind of technology, Hargrove said. But legs are a greater challenge. "They've lagged behind the prosthetic arms, and they've been difficult to develop technologically," he said.

Currently, someone with an artificial leg must manually stop and adjust the device for changes in movement -- when switching from walking to climbing stairs or descending a ramp, for example, Hargrove explained.

The goal is to find a way for the device to make these switches automatically and seamlessly.

In the new study -- published June 9 in the Journal of the American Medical Association -- Hargrove and colleagues tested two types of technology in seven people whose legs had been amputated above or at the knee.

Both approaches use sensors and computerized algorithms to predict how the user wants to move in the next stride, but one also monitors electronic signals from the brain.

When the artificial limbs make a mistake, it's "often the equivalent to scuffing your foot or hitting your toe," Hargrove said. Fewer than 1 percent of the errors required users to stop moving and reset the device. Still, "we want to reduce all types of errors," he added.

Dr. Gerald Loeb, director of the Medical Device Development Facility at the University of Southern California in Los Angeles, said the findings provide "valuable information" about the devices' potential to accurately recognize what users want to do via their brain signals.

Still, researchers must look at a wider range of activities and movements, "which greatly complicates study design," he said.

What's next? Hargrove said more research is needed, but he believes the technology may be ready for amputees' use in four or five years. He said the knee-to-foot devices will likely cost tens of thousands of dollars -- similar to the cost of existing devices -- and he anticipates insurance companies will cover them.

The Amputee Coalition has statistics on limb loss.