See What HealthDay Can Do For You
Contact Us
November 23, 2012

Device May Allow Blind to Read Braille Without Touch: Report 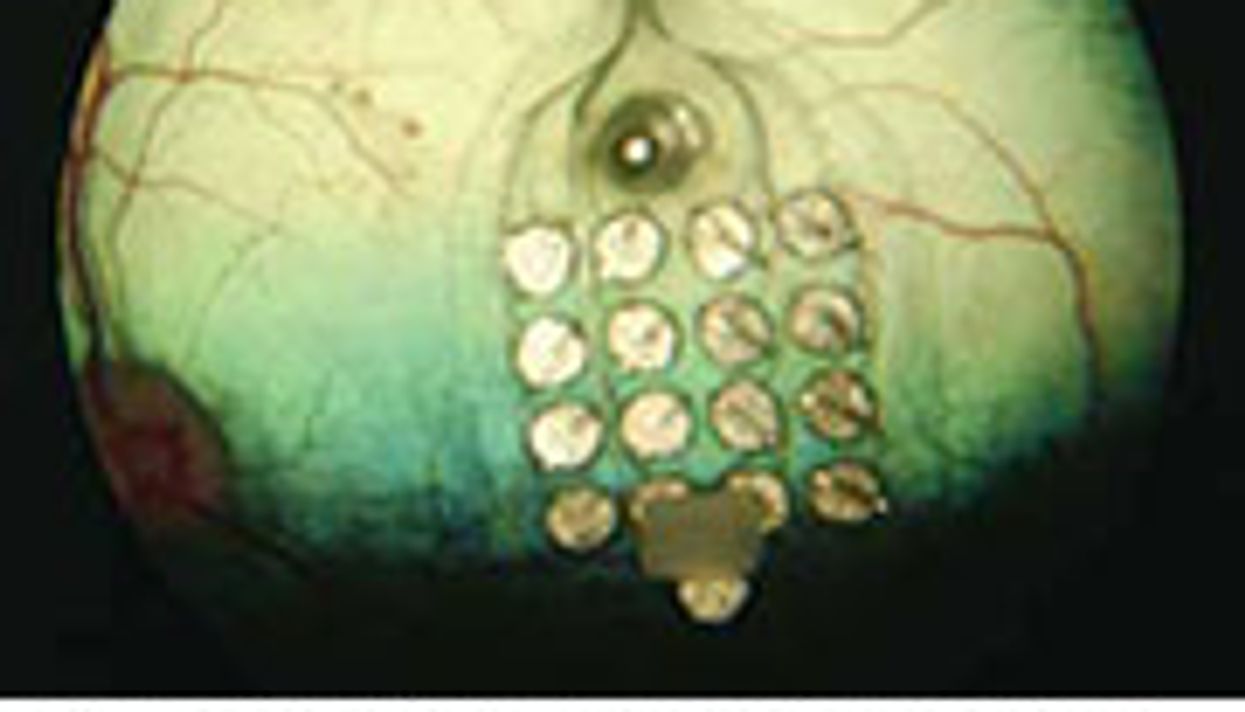 FRIDAY, Nov. 23, 2012 (HealthDay News) -- A blind patient was able to read Braille patterns that were streamed directly onto the retina using a special device, researchers say.

The patient could read words with up to four letters accurately and quickly with the Argus II. The device uses a small camera mounted on a pair of glasses, a portable processor to translate the image from the camera into electrical stimulation, and a microchip and electrodes implanted directly on the retina, according to Second Sight, the company that developed the Argus II.

The study was conducted by Second Sight researchers and published Nov. 21 in the journal Frontiers of Neuroprosthetics.

The device has been implanted in about 50 blind people, and many of them are now able to see color, movement and objects, the researchers reported.

"In this clinical test with a single blind patient, we bypassed the camera that is the usual input for the implant and directly stimulated the retina," study lead author Thomas Lauritzen said in a journal news release. "Instead of feeling the Braille on the tips of his fingers, the patient could see the patterns we projected and then read individual letters in less than a second with up to 89 percent accuracy."

The researchers conducted a series of tests with single letters as well as words ranging in length from two to four letters. The patient was shown each letter for half a second and had up to 80 percent accuracy for short words.

"There was no input except the electrode stimulation and the patient recognized the Braille letters easily," Lauritzen said. "This proves that the patient has good spatial resolution because he could easily distinguish between signals on different, individual electrodes."

The American Foundation for the Blind outlines assistive technologies for people with vision loss.