Robotic Device May Help Gait in Kids With Cerebral Palsy 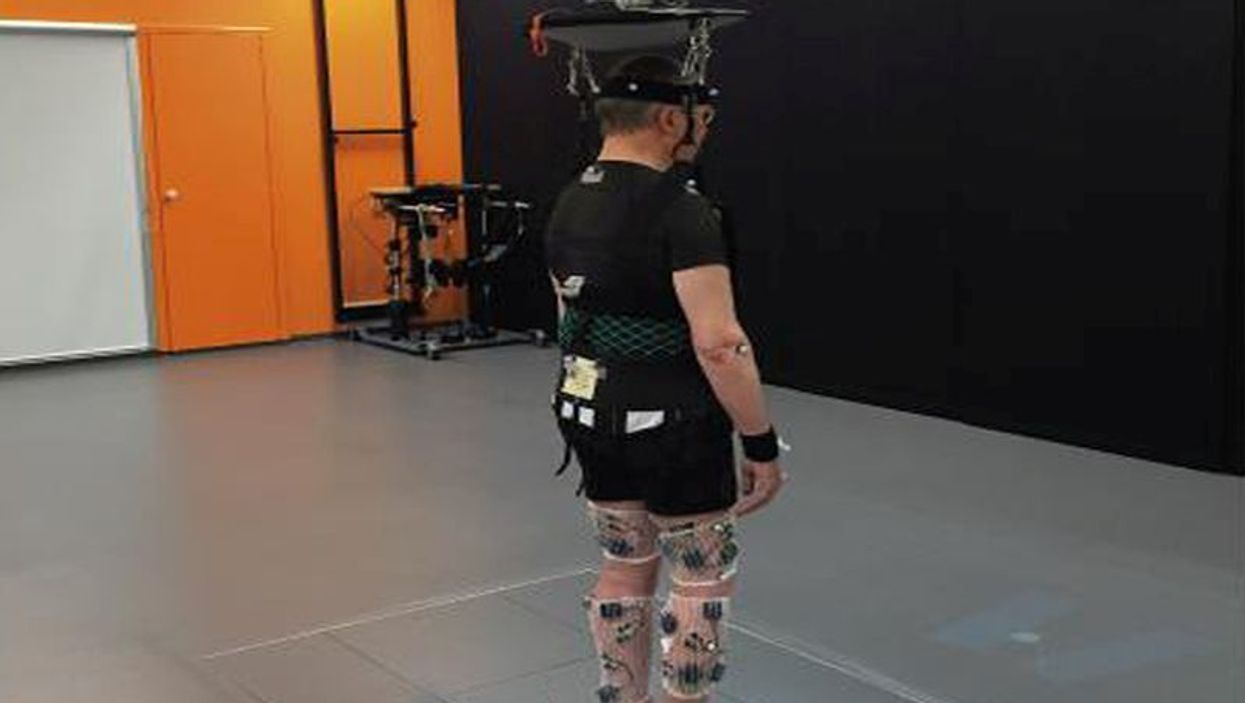 The device provided strength training for muscles that were too weak to support fully upright posture, explained senior researcher Sunil Agrawal. He is a professor of rehabilitation and regenerative medicine and mechanical engineering at the Columbia University School of Engineering and Applied Sciences.

"Children improved their posture, their walking speed, their balance, as well as the symmetry of their walking, through this approach," Agrawal said.

Crouch gait is an abnormality caused by a type of cerebral palsy called spastic diplegia. In spastic diplegia, stiff muscles in both legs hamper the normal give-and-take of walking, preventing a normal stride.

Children with crouch gait are always flexed, Agrawal said, with their hips, knees and ankles unable to move back and forth because the flexor muscles of those joints are too stiff and the extensor muscles too weak.

Typical physical therapy for crouch gait relies on elastic bands, weights or even resistance provided by a professional therapist to improve the strength of extensor knee muscles, researchers explained in background notes.

Unfortunately, this approach has resulted in inconsistent outcomes because of its primary focus on knee strength, the researchers said.

The Tethered Pelvic Assist Device (TPAD) used in the study is a belt worn around the hips, with eight cables leading down from the belt to motors attached to a treadmill, Agrawal explained.

The cables pull the child downward as they walk on the treadmill, creating a force equivalent to 10 percent of their body weight -- about the same as a healthy kid carrying a backpack, Agrawal said.

Physical therapists monitor the child's gait using a camera system, and adjust the force provided by the wires to strengthen the muscles that appear weakest, Agrawal explained.

Six children with crouch gait participated in training with the TPAD. The children all could walk independently, but had trouble walking on surfaces that varied from level to uneven.

After 15 training sessions with the device, the kids experienced improvement in their ability to flex and extend their hips, knees and ankles, the study authors said.

The kids also developed a longer stride, were better able to clear their foot off the ground without dragging, and improved their walking speed, the findings showed.

One cerebral palsy expert said the results were impressive.

"They're changing the motor pattern of the child to get some lengthening in the muscles, and I think that's amazing," said Valerie Pieraccini, director of therapy for United Cerebral Palsy of Central Arizona. "They use a downward force equivalent to a healthy child carrying a backpack, so you can look at what they're doing and already see ways they might be able to integrate what they're discovering about walking into a child's real world."

Compared to current therapy, "this is much more sophisticated," Pieraccini continued. "But I would also have to say when we do gait training physically, it's a therapist's hands on a child, and as much as we try I don't think we can ever replace that human element. There's an intuition involved."

The TPAD now needs to be tested in a larger set of children, Agrawal said. Researchers are also investigating whether it could be helpful in treating cerebral palsy kids with other walking problems, such as those with one healthy leg and one weak leg.

Cerebral palsy is a group of neurological disorders that affect a person's ability to move, walk, maintain balance and keep good posture, according to the U.S. Centers for Disease Control and Prevention. It is the most common motor disability in childhood, affecting about one in every 323 children.

The findings were published July 26 in the journal Science Robotics.

The U.S. Centers for Disease Control and Prevention has more about cerebral palsy.