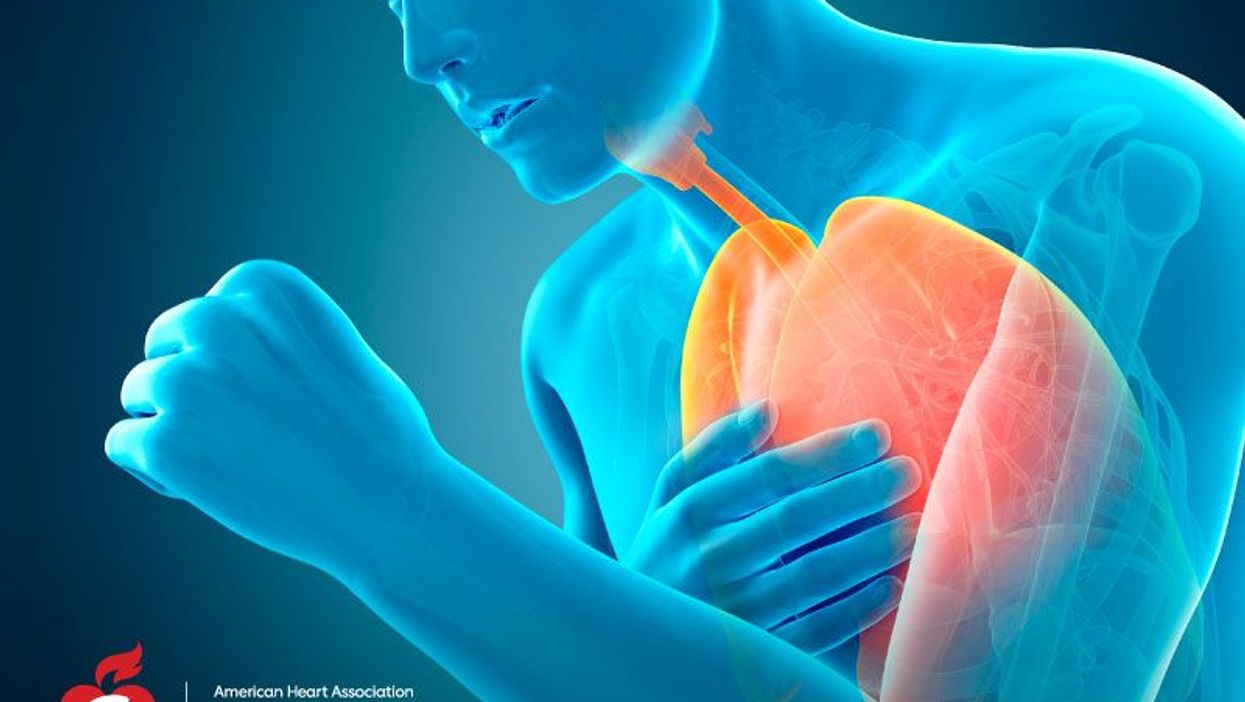 TUESDAY, Oct. 2, 2018 (American Heart Association) -- People with the chronic lung disease known as COPD often get chest CT scans so that doctors can look inside their lungs.

A new study is advising physicians to also take a careful look at the heart while they're at it.

Patients with advanced chronic obstructive pulmonary disease, or COPD, who have high levels of calcium buildup inside the arteries of their heart are almost three times more likely to die from any cause than those who do not have any calcium buildup.

The new research was published Oct. 2 in the American Heart Association's journal Circulation.

The primary cause of COPD is cigarette smoking. Over time the smoke weakens the lungs, forcing the heart to work harder, and more inefficiently, to pump blood through the body. Studies have found that smokers are more likely to die from heart disease than from lung cancer.

Researchers in this new study looked at data for 6,842 smokers who had CT scans of their lungs, images that also include detailed pictures of their heart. They measured coronary artery calcium in each scan and found a direct relationship between the level of calcified coronary plaque -- the fatty buildup in arteries often associated with heart disease -- and death from any cause in the subsequent years the patients were monitored.

"We found that those participants who had higher levels of coronary calcification, or plaque in their heart, were more likely to die over the next seven years or so," said Dr. Matthew Budoff, lead author of the study and a cardiologist at the Los Angeles Biomedical Research Institute. Among COPD patients with the highest levels of coronary artery calcium, 24.4 percent died compared with 8.4 percent of those with no calcium buildup.

The study could help shed light on the need for people with COPD to pay closer attention to their heart while they take steps to treat their lung illness, said Dr. Irving Kron, a cardiothoracic surgeon and the interim dean at the University of Arizona's College of Medicine-Tucson.

"If you have chronic lung disease from smoking, you have a pretty good chance of having heart disease as well, and that's going to be more lethal to you than the lung disease," said Kron, who was not involved in the study.

"We have so much in the way of both prevention and intervention (for heart disease) these days," he said, stressing that recognition and acting on that awareness are key. "As long as you deal with it, you're probably going to be OK. There are terrific therapies now to keep you going forever."

An estimated 19 million routine chest CT scans are done annually, so adding a cardiovascular screening at the same time could be done "without additional radiation, cost, or participant burden," according to the study.

Heavy smokers or COPD patients are "probably already getting a CT scan," Budoff said, but most radiologists don't automatically seek out signs of coronary artery calcium.

"We're trying to increase awareness to say, 'Look, it's already on the picture.' So while they are getting CTs of their lungs, on the scan will be a picture of their heart, so they could get two for the price of one," he said.