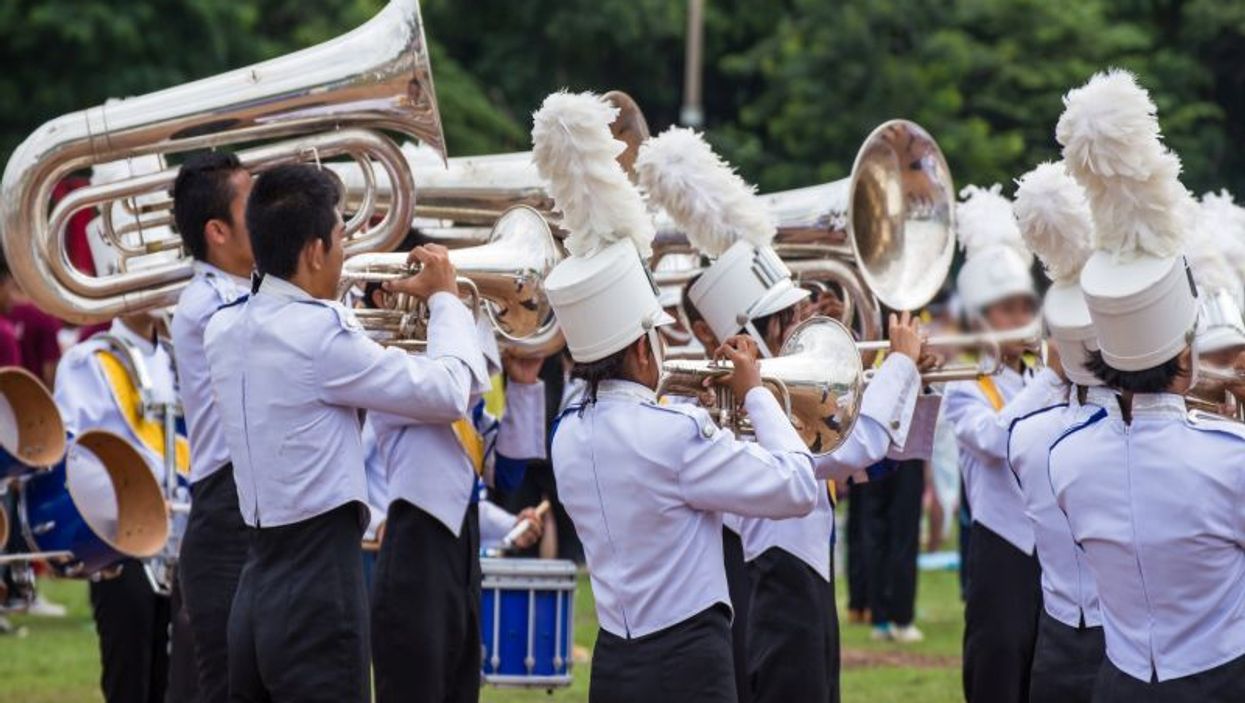 SATURDAY, June 29, 2019 (HealthDay News) -- A new study is sure to strike a chord with anyone who plays in a high school or college marching band.

"People usually think of football players when they think of students struggling with heat issues, but high school and college marching bands also often practice in the heat of August and early September, and play on the same surfaces while wearing uniforms and carrying heavy equipment," said study author Dawn Emerson. She is an assistant professor of health, sport and exercise sciences at the University of Kansas in Lawrence.

For the study, Emerson's team measured the core body temperatures of musicians in two unidentified college marching bands during rehearsals and football games over one season. Participants swallowed a capsule with sensors to get the measurements.

A core body temperature of more than 104 degrees Fahrenheit signifies heat stroke -- the most severe form of exertional heat illness (EHI). It's a leading cause of death among U.S. high school athletes.

Seven members of Band 2 had core temperatures of more than 104 degrees for more than an hour during games, but only one experienced central nervous system dysfunction, indicating exertional heat stroke, according to the report.

Band 2 had longer practices (116 minutes versus 87.5 minutes for Band 1) that started when the temperatures tended to be higher (3:45 p.m. versus 5 p.m. for Band 1). Members of Band 2 may also have been rushing to practice after the end of class, the study authors suggested.

In addition, Band 1 stretched its practices over four days, while Band 2 practiced three days a week, leading to longer practices.

During games, Band 2 performed on artificial turf, which has been shown to cause greater heat stress. Band 1 performed on natural grass. Temperatures on game days were higher for Band 2, according to the study presented Wednesday at a meeting of the National Athletic Trainers' Association, in Las Vegas.

Emerson said schools need to take steps to prevent EHI in marching band musicians, such as practicing in cooler parts of the day and providing breaks in the shade.

"Schools should use the same recommendations to prevent EHI for marching bands as they use for athletes, such as holding shorter practices the first week so musicians can acclimate to the heat, moving practice times to earlier in the morning or later in the day when heat and humidity are lowest, and ensuring the musicians have rest breaks and access to water," Emerson advised in an association news release.

The American Academy of Family Physicians has more on heat-related illness.