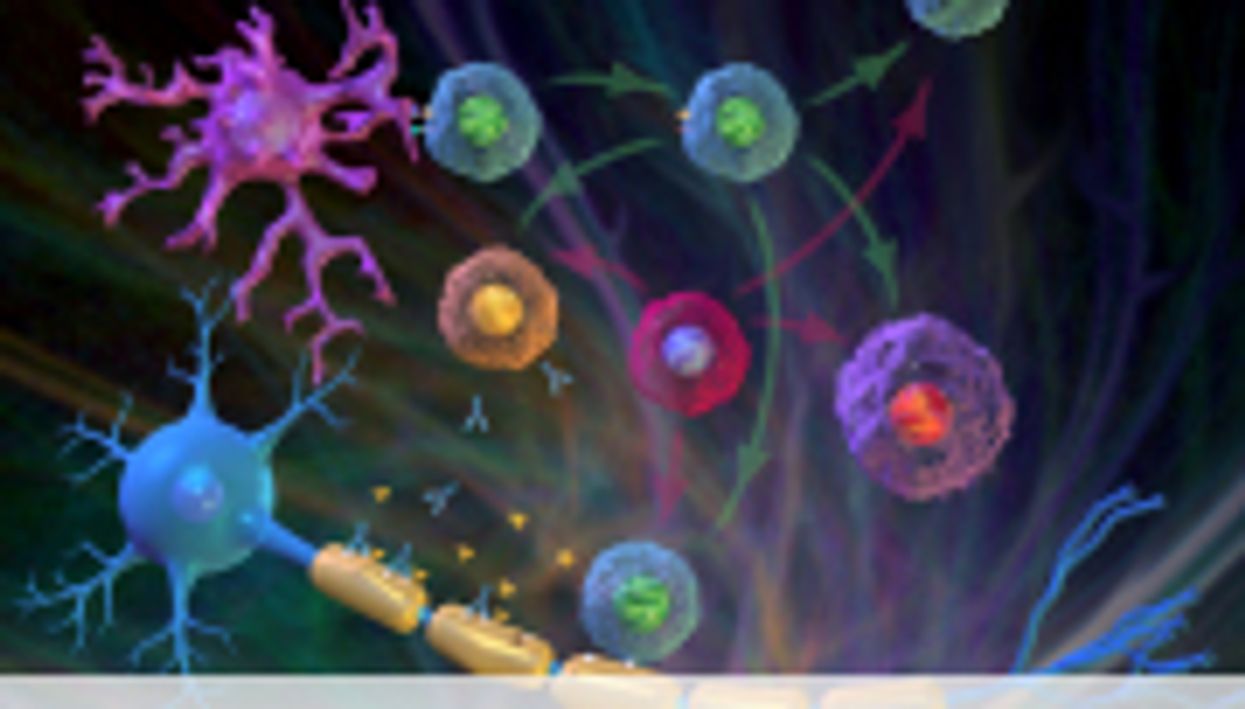 In the study, researchers found that among women with MS -- an often disabling disease of the central nervous system -- 14 percent had evidence of past infection with H. pylori. But 22 percent of healthy women in the study had evidence of a previous H. pylori infection.

H. pylori bacteria settle in the gut, and while the bug usually causes no problems, it can eventually lead to ulcers or even stomach cancer. It's estimated that half of the world's population carries H. pylori, but the prevalence is much lower in wealthier countries than developing ones, according to background information in the study.

"Helicobacter is typically acquired in childhood and correlates directly with hygiene," explained Dr. Allan Kermode, the senior researcher on the new study and a professor of neurology at the University of Western Australia in Perth.

The reason for the connection between H. pylori and MS isn't clear, and researchers only found an association, not a cause-and-effect link.

But Kermode said his study supports the theory that certain infections early in life might curb the risk of MS later on -- which means the increasingly hygienic surroundings in developed countries could have a downside.

"It's plausible," agreed Bruce Bebo, executive vice-president of research for the National Multiple Sclerosis Society in New York City. "The theory is, our modern immune system may be more susceptible to developing autoimmune disease."

Multiple sclerosis is thought to arise when the immune system mistakenly attacks the protective sheath around nerve fibers in the brain and spine, according to an editorial published with the study on Jan. 19 in the Journal of Neurology, Neurosurgery and Psychiatry.

No one knows what triggers that abnormal immune response. But according to the "hygiene hypothesis," Bebo explained, early life encounters with bacteria and other bugs may help steer the immune system into disease-fighting mode -- and away from attacks on the body's healthy tissue.

So, people who have not been exposed to common pathogens, like H. pylori, might be at increased risk of autoimmune diseases like MS. That's the theory, anyway, he said.

"These findings suggest H. pylori might provide some protection," said Bebo. "But more studies are required before we can jump to that conclusion."

The findings are based on blood samples from 550 people with MS and 299 healthy individuals of the same age. All were white and lived in Western Australia.

Kermode's team found that women with MS were less likely to have immune system antibodies against H. pylori -- which is evidence of a past infection -- than women without MS.

What's more, among the women with multiple sclerosis, those with a past H. pylori infection tended to have less-severe MS symptoms.

There were no such patterns among men, though.

According to Kermode, that difference between women and men is "arguably one of the most fascinating observations of our study."

"In the last 100 years, the prevalence of MS has increased markedly, and the majority of this increase has occurred in women," Kermode said. "The fact that over the same period, prevalence of helicobacter in western countries has declined markedly is a tantalizing observation."

Much more research is needed to understand its importance, Kermode said.

Bebo also urged caution. For one, he said, there were relatively few men in this study, which could skew the results.

In the bigger picture, Bebo said, this study is one more step toward weeding out the environmental factors that affect MS risk. Researchers are looking at a range of possibilities.

As an example, Bebo pointed to vitamin D, which is important in immune system function. A number of studies have tied higher vitamin D levels in the blood to a lower risk of developing MS, as well as a slower progression of the disease.

And what if H. pylori is confirmed to affect MS risk, or its severity? According to Kermode, it's possible that the bacteria could somehow be used to help treat the disease.

Bebo agreed. "You can envision this leading to strategies based on the bacteria, or components of the bacteria, for treating MS."

But any such therapy would be a long way off, he said.